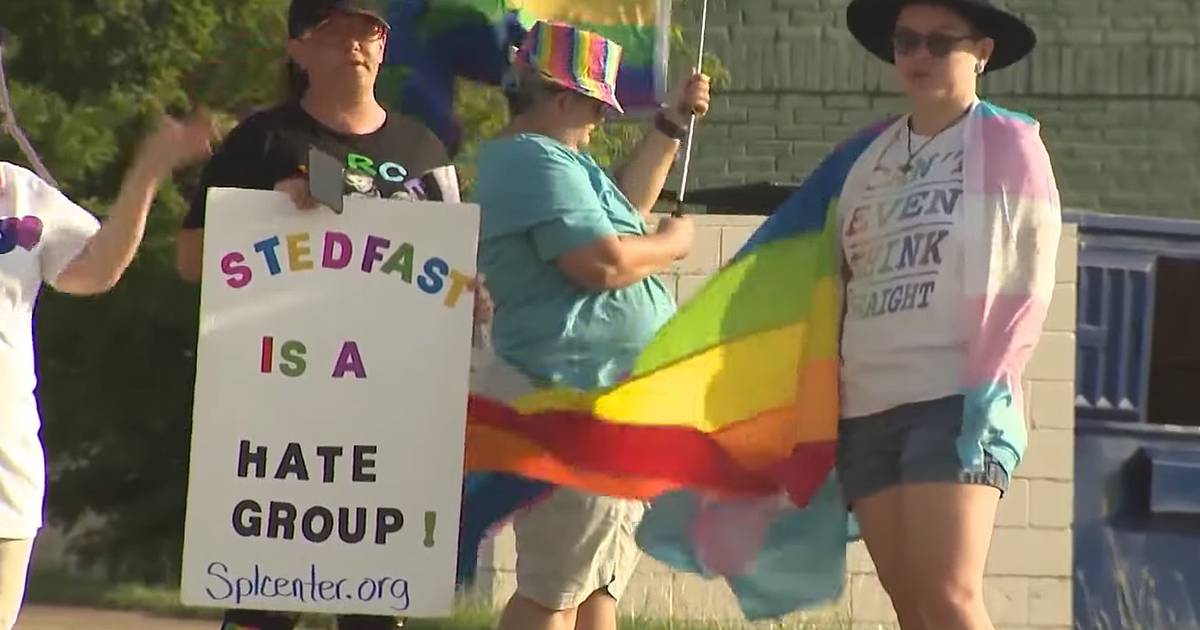 North Texas protesters are pushing for the eviction of a Baptist church that calls for the execution of LGBTQ people, but local officials say they can’t do anything about it.

Dillon Awes, one of the pastors at Stedfast Baptist Church in Watauga, made headlines earlier this month when he said LGBTQ people should be ‘put to death’, during a sermon titled “Why We Shall Not Be Silent”.

“These people should be put to death,” Awes said in a chilling speech in which he appeared to be defending hate crimes.

“Every homosexual in our country should be charged with a crime. The abomination of homosexuality that they have, they should be convicted in a legal trial. They should be sentenced to death. They should be lined up against the wall and hit in the back of the head,” he continued, as church members can be heard saying “amen” and “it’s true.”

His comments have outraged the local community and mobilized pro-LGBTQ protesters who are urging city leaders to take action and evict the church.

Steadfast Baptist Church moved to its current location earlier this year after it was evicted from the nearby town of Hurst for breaching the terms of the lease, which stipulated no threats or violence.

On Monday, several people spoke out at a city council meeting saying they feared for their safety — or the safety of family members who identify as LGBTQ.

“It makes me angry, it scares me, it makes me sad. It’s 2022. We’re supposed to be better than this,” said LGBTQ activist Aster Graves.

Watauga resident Scott Young, who also spoke at the meeting, later told local television station KTVT-TV that he was worried about his child’s safety and wanted the forces to order get involved.

“My son is transgender. I’m afraid he wanders around this community… He says he meets [hate] so often, [that the situation] is nothing new to him,” Young said. However, for Young, the situation is “very new and it scares me for my own child,” he said.

Mayor Arthur Miner said legally “there is nothing the town can do at the moment, but we are looking at other avenues,” he said on Tuesday, according to the Forth Worth Star-Telegram.

“They think Watauga invited the church here,” he said. “That’s not true. If someone rents a building, it’s between the landlord and the lease. The city issues a certificate of occupancy.

Miner added that he was discussing the situation with the city attorney.

Some church members also spoke out at the meeting, doubling down on their hateful rhetoric: “They deserve death,” church member Phili Milstead said.