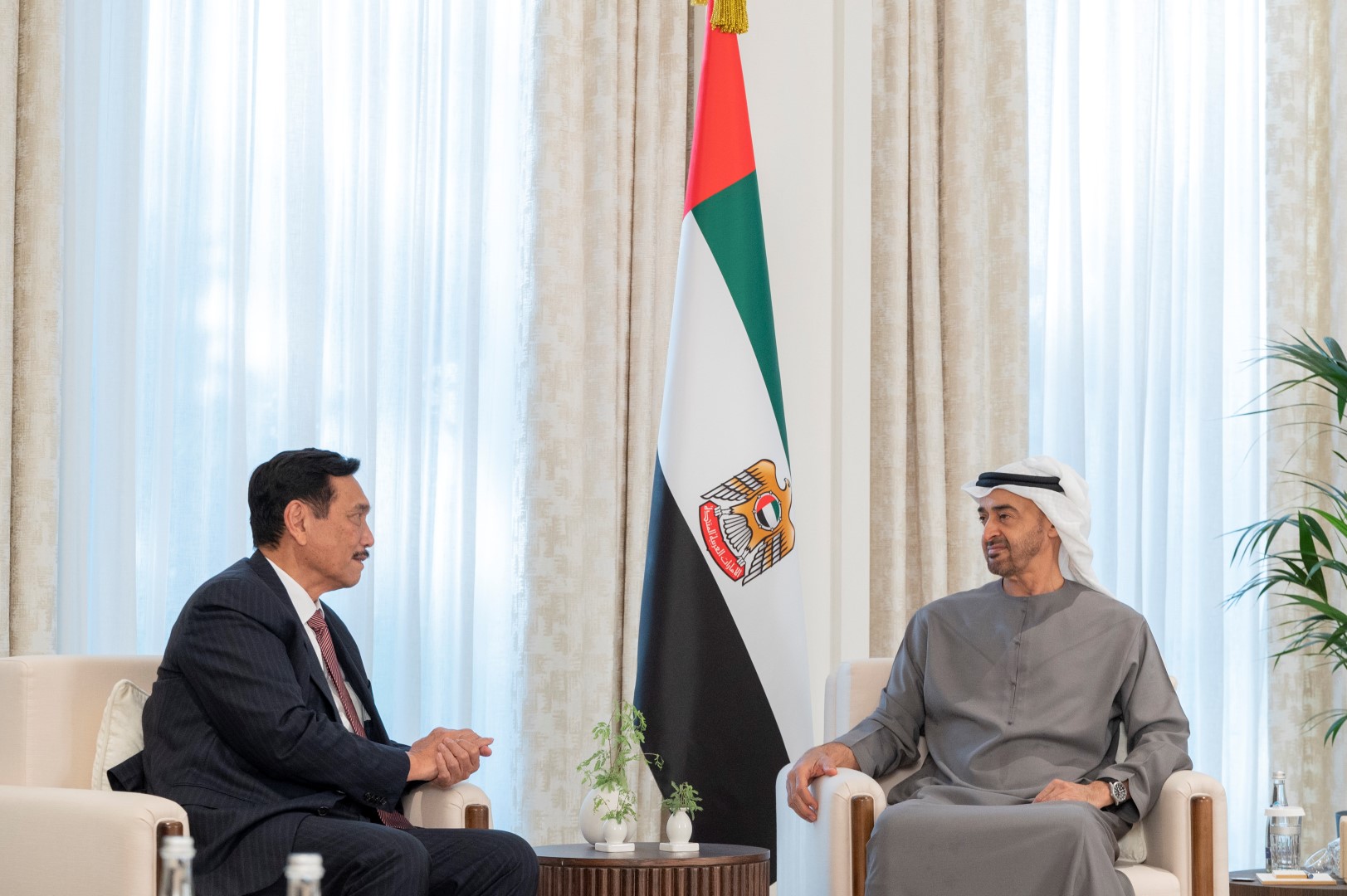 His Highness Sheikh Mohamed bin Zayed Al Nahyan, President of the State, today received General Luhut Binsar Pandjitan, Coordinating Minister of Maritime Affairs and Investment of the Republic of Indonesia, who is currently visiting the country..

At the start of the meeting, the Indonesian minister conveyed the greetings of the President of the Republic of Indonesia, Joko Widodo, to His Highness Sheikh Mohamed bin Zayed Al Nahyan, and his wishes for good health and happiness, and for the UAE of continuous progress. and prosperity, while His Highness conveyed his greetings to Joko Widodo, expressing his wishes for Indonesia and its friendly people of development and growth..

During the meeting, which took place at the Beach Palace, His Highness and the visiting minister discussed the friendly relations between the two countries and the opportunities to strengthen cooperation and joint work between them, especially in vital and maritime, investment and economic affairs. who support the efforts of development and progress in both countries. They also exchanged views on a number of issues and files of common interest between the two countries..