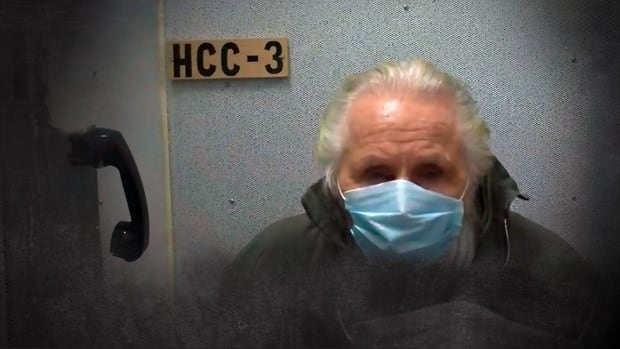 The nature of the charges and the dates or locations of the alleged crimes were not provided during a brief hearing on Wednesday.

In an email Thursday, Toronto police said only that the department’s human trafficking enforcement team had charged Nygard on June 15 with two counts of sexual assault.

Nygard, 80, is now charged with 11 counts of sexual assault and three counts of forcible confinement in Toronto, relating to allegations from the late 1980s and mid-2000s.

He has also been charged with one count of sexual assault and forcible confinement in Quebec, and is due back in court in Montreal on July 8.

In addition, Nygard faces extradition to the United States. on sex-related charges there.

He was not present at Wednesday’s hearing in Toronto. Crown prosecutor Neville Golwalla said he refused to leave his cell at the Toronto South Detention Center to go to the videoconferencing room.

The Justice of the Peace in the Ontario Court of Justice suggested that Nygard may be ill.

“The words that were used were that he refused to attend his arraignment,” said Shannon Moroney, a Toronto trauma therapist who watched the hearing online.

She supports dozens of people, in Toronto and elsewhere, who say they were assaulted by Nygard. Some of those people watched Wednesday’s hearing with her.

“Where some of his charges relate to forcible confinement and … all of the charges relate to how he forced his way into the bodies of women and girls, the fact that he was not coerced to attend his impeachment causes great anger on the part of the survivors,” Moroney said.

Nygard is due to appear again in Toronto court on June 29. He was denied bail in January and ordered not to contact any of his accusers.

He says Nygard, who “was very powerful financially [and] had many ties “was suing” against any individual who spoke out… [creating] a culture of silence where people felt isolated and alone.”

“Now the fact that he’s incarcerated, you realize you’re not alone if you’re a survivor. And you also understand that he doesn’t have the power that he once had,” Bickle said, who is also the Executive Ambassador for the All for Humanity Alliance, an international group working to end human trafficking and child exploitation.

“I wouldn’t be shocked if more charges come in.”

The identities of all alleged victims are protected by publication bans.

None of the allegations against Nygard have been proven in court and he has maintained his innocence.

He has been in custody since his arrest in Winnipeg in December 2020 on nine sex-related charges in New York. He was arrested by Toronto police and transferred there last October.

He will be extradited to the United States to face these charges once the Canadian criminal charges are resolved.

Nygard ran her international fashion empire from Winnipeg, but no charges have been laid in connection with the allegations of sexual assault of eight women there.

Moroney and Bickle are calling for a public inquiry to look into how the Winnipeg Police Service and the provincial Department of Justice handled these complaints, saying the women involved deserve answers.

“An investigation will show that there are no reasonable and acceptable answers to the lack of justice pursued for them,” Moroney said.

“Justice cannot simply be a matter of luck.… It cannot exist for people in one province and not another.

Survivors feel mixed emotions when new charges are brought, she said. Although they support each other and believe that the important thing is that Nygard is no longer able to hurt anyone, it is a reminder that their complaints have not been followed up, she said.

“It is complete re-victimization and re-traumatization for these survivors in Manitoba to see…the wheels of justice shifting for other survivors in other areas,” but not for them, a- she declared.

“There is no trust, there is no faith. And that has been proven by the absence of accusations.”

“It doesn’t tell them they have to go to the police. It says they have to keep quiet because nothing is going to happen,” he said.

He wants answers on “what were the failures and what can we do to make sure it doesn’t happen again in the future?”

In a statement to CBC News, the Winnipeg Police Service said its Sex Crimes Unit “has undertaken extensive work to investigate these cases.”

Eight cases have been submitted to the Manitoba Department of Justice for review, which “declined to authorize criminal charges” against Nygard, according to the written statement.

“We understand the courage required of any survivor of sexual assault to come forward. We recognize and respect the decisions made by justice officials, and sometimes survivors themselves, not to pursue criminal charges,” said he declared.

Manitoba Justice has not yet responded to CBC’s requests for comment.