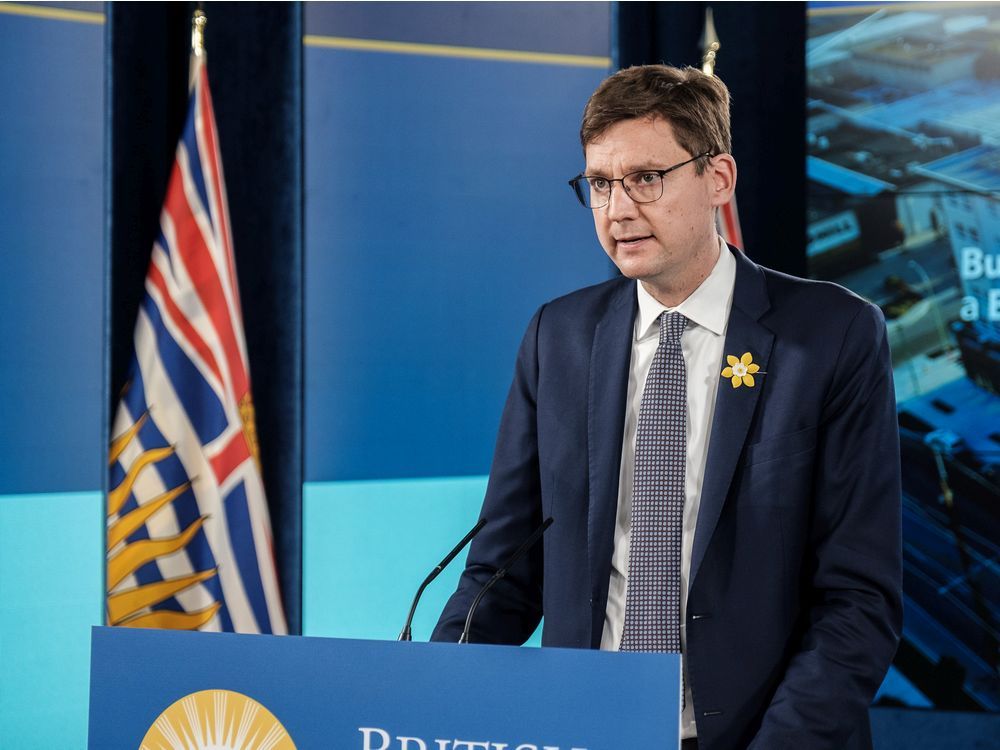 VICTORIA — Attorney General David Eby gave every indication this week that he would soon be rolling out “creative” solutions to the scourge of chronic offenders and random attacks on city streets.

He said so himself during Question Period in the Legislature as he came under fire from what the Opposition called a “catch and release” justice system.

“Obviously, when a person has had literally dozens of convictions — the Crown prosecuted, they went to court, the judge found them guilty and sentenced them — and that activity continues when they are free of these penalties, we need a solution that goes beyond the current system,” Eby conceded in the house on Tuesday.

“I expect to have an announcement in the next few days on exactly what we’re going to do to get creative with these issues.”

To avoid any misunderstanding, the Attorney General repeated himself half a dozen times.

On six occasions, he promised to act “in the coming days”. Five times he said the answer would be “creative.”

Expectations were therefore high when the government sent out a media advisory that Eby would chair a “community safety announcement”.

But the disappointment was palpable Thursday when Eby announced that the province “has hired two experts to investigate and report within 120 days on the escalation of criminal activity among prolific offenders and the increase in certain communities of attacks violence, and the targeted activities needed to respond to them.”

His chosen experts were Doug LePard, a former assistant police chief in Vancouver, and Amanda Butler, a researcher and criminologist at Simon Fraser University.

They were asked to reach out to affected people and experts to develop “clear definitions of the problem” and “suggestions on policy and legislative responses that fall within the jurisdiction of the provincial government.”

They will sort through proposals the government has already received, such as “real-time electronic monitoring of people already identified as repeat offenders”.

They are also asked to identify “mandatory supports and programs…that might meet the unique needs of this group of offenders”.

The reaction to the announcement, judging by reporters’ questions, was disbelief.

Eby’s ministry is full of reports, submissions, and suggestions on what to do about a problem that has been building up for months, if not years.

He knows the legal and jurisdictional issues in depth, judging by several weeks of answers he has given in response to the persistent hammering of the opposition.

Why did he need to hire two experts to tell him what the government can do?

“We want expert advice before we jump into all the work of implementing something that isn’t working.”

As for the 120 days, he confirmed that the moment was partly political, in view of the municipal elections in October.

BC mayors, two of whom were with Eby on Thursday, called on the province to take action against repeat offenders.

“I want to give them something before their election to highlight the action that is being taken, because they have taken this issue to the provincial government, and we have taken action on it.

Eby argues that experts won’t necessarily hold back on all options for the full 120 days.

“We also asked if they identify potential solutions that don’t need to wait for the report, that they notify the government of these opportunities as soon as possible.”

Eby defended the two-track approach – interim solutions combined with a final report – as having worked before, when the government tackled money laundering and ICBC rates under his leadership.

But money laundering, while not a victimless crime, didn’t worry the public about dangerous streets or ruin small businesses with an epidemic of shoplifting. and broken windows. Similarly, the ICBC dumpster fire, while difficult to assume, was not a threat to public safety like the recent series of violent and random attacks.

New Democrats know full well how bad the situation is.

Eby: “Well, this is obviously a very pressing issue for community members in cities who are seeing an upsurge in this type of attack. It’s making people, especially the vulnerable, reluctant to go about their usual activities and can have an effect on a downtown where people stop going downtown and then businesses leave and it’s a vicious cycle.

Solicitor General Mike Farnworth, who played a supporting role in the announcement: “There is a small group of prolific offenders who repeatedly victimize British Columbians. They account for a disproportionate number of crimes, including random unprovoked attacks, acts of violence, graffiti, shoplifting and property damage. We recognize the damage that prolific offenders inflict on BC families, businesses and neighborhoods.

As the chaos continues, Eby’s announcement last week was nothing more than the sound of a tin can being thrown down the road.