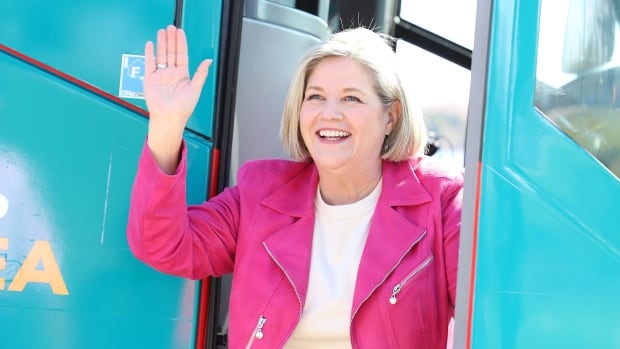 Ontario NDP Leader Andrea Horwath promised on Saturday that the party would double Ontario Disability Support Program and Ontario Works payments in its second year in government if elected.

Horwath announced the policy change at a rally at the Canadian Convention Center in Brampton, saying the doubling of rates on both welfare programs was “long overdue”.

She said the party, if elected, will increase ODSP and OW payments by 20% from the current rate in its first year of government. Federal NDP Leader Jagmeet Singh attended the rally. The doubling in the second year would be that of the 2022 rates.

“For decades, people on ODSP and OT have been neglected and disrespected, living in ongoing crisis, well below the poverty line,” Horwath told hundreds of supporters on Saturday.

“We are going to change that and permanently lift all ODSP and OW recipients out of poverty. We will immediately increase rates by 20% and work urgently with people with lived experience to create a new system based on justice, dignity and economic security,” she added.

“We will double the rates in our second year and index them so that no Ontarian will ever live in legislated poverty again.

On April 25, when the NDP released its fully costed platform, the party pledged to raise ODSP rates by 20% and legislate inflation-linked increases.

The party had been criticized by supporters that the party’s original promise to raise ODSP rates was not enough.

In a Twitter thread on Saturday, before the rally, NDP candidate Kristyn Wong-Tam alluded to Brampton’s announcement. Wong-Tam is running in the riding of Toronto Centre.

BREAKING: NDP confirms that Andrea Horwath will announce an increase in her rate policy #ODSP this afternoon at a rally with Federal Leader Jagmeet Singh

Today one of their candidates hinted that a change was coming #onpoli pic.twitter.com/2J6AKEx6sc

Rates have been frozen since 2018, with a single person on ODSP receiving up to $1,169 per month for basic needs and housing. Proponents say this is far too low and the level of support would remain well below what is needed, even with the increases promised by the three main parties.

Singh, who also spoke at the rally, said Horwath had supported Brampton throughout her career as a politician.

“He’s someone who cares deeply about people,” he said.

The Liberals promised to increase ODSP rates by 10% this year, another 10% next year and 2% per year thereafter.

The Greens said they would double ODSP rates.

In a statement released Saturday, the Green Party said the NDP was following its lead. The party said Ontario Green Party Leader Mike Schreiner called on Doug Ford to double tariffs in September and again in December last year. Schreiner made the same request in March, the party said.

The NDP pledged to raise rates by 20% on April 25, but the Greens pledged to double rates and index further increases to inflation when they released their fully costed platform on May 12, added the party.

“If you want green, vote green,” Schreiner said in the statement.

The Progressive Conservatives, meanwhile, have promised to raise rates by 5%, a promise that was not included in their recent budget that serves as their platform.

PC Leader Doug Ford said in a statement that his party would spend $425 million on a 5% raise and introduce legislation to increase ODSP rates each year.