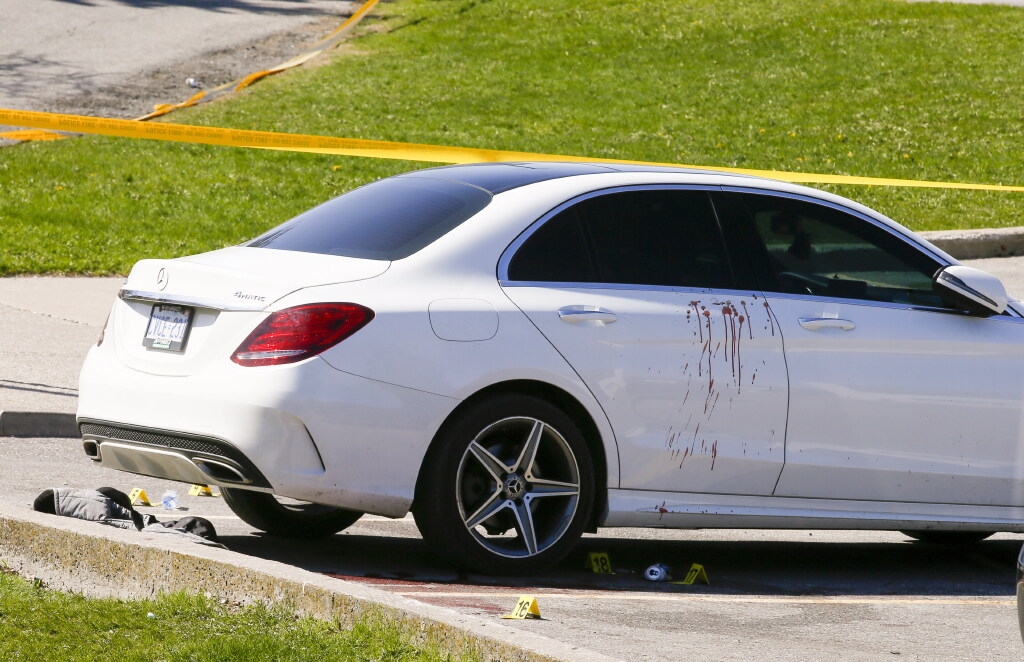 Gunfire erupted in a Scarborough car park, killing one man and injuring another early on Saturday.

A man in his 20s was seriously injured but is expected to survive.

A man in his 30s was taken to hospital where he died, becoming the city’s 24th murder victim of the year.

The name of the deceased was not immediately released.

Investigators, who were seen pouring over a white Mercedes with bloodstains on the doors on Saturday morning, said they were looking for a shooter but did not have a description available.

“They are potentially considering a suspect,” said Const. says Laura Brabant. “But we are considering CCTV and talking to witnesses to get a description.”