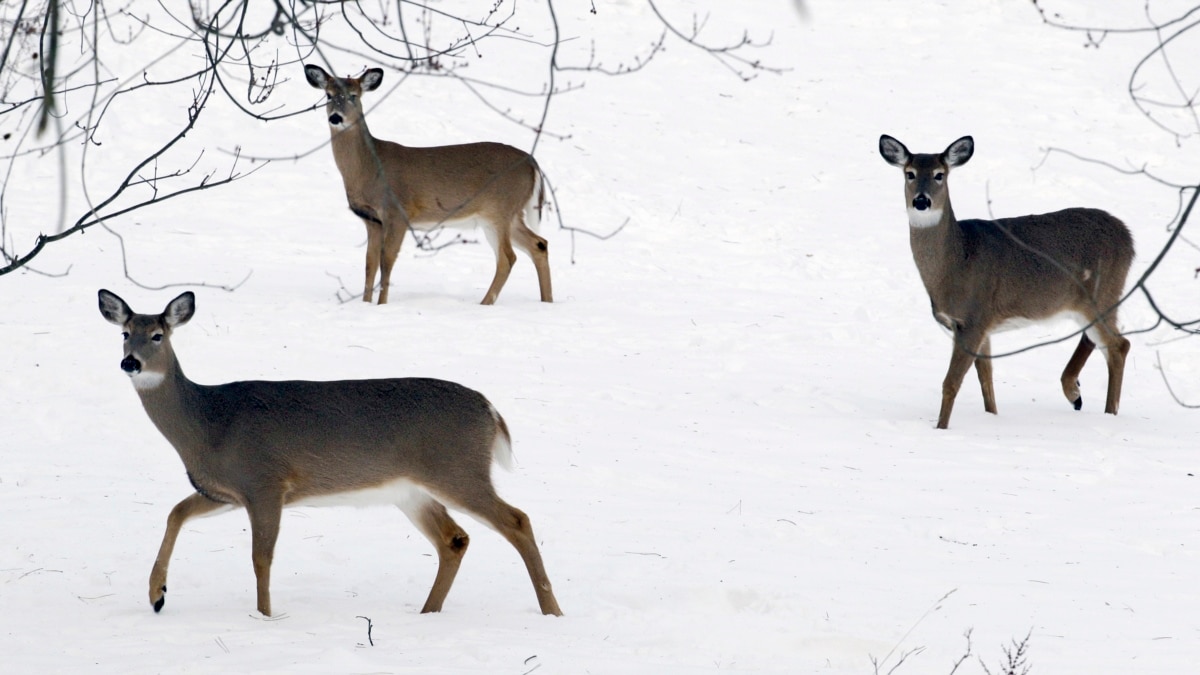 American researchers say they tested a group of deer in New York City and found that some of them were infected with the Omicron version of COVID-19.

The highly infectious version, or variant, was identified in the white-tailed deer population on the city’s Staten Island. The Omicron variant was found in seven of the 68 deer tested between December 13 and January 31.

The results are reported in a study carried out by researchers at Penn State University in Pennsylvania. The study was funded by the United States Department of Agriculture (USDA).

Earlier COVID-19 variants were also found in white-tailed deer in New York and several other US states. But the Staten Island study is the first to find evidence of the Omicron variant in deer or any other animal population, said Suresh Kuchipudi. He is a professor of virology at Penn State who led the research team.

Kuchipudi told The Associated Press the finding “opened up the possibility that, like the previous variants, Omicron can and has spilled over into animals.” He added that for this reason, the presence of COVID-19 in animal populations needs to be closely watched.

Kuchipudi added that the spillover of Omicron from humans to deer suggests the possibly that vaccine-resistant versions of the virus could mutate and spread in non-humans.

“When the virus completely mutates, then it can escape the protection of the current vaccine,” Kuchipudi said. “So, we’d have to change the vaccine again.”

The researchers also reported that nearly 15 percent of the 131 deer captured on Staten Island had COVID-19 antibodies. This finding suggests that the animals had past coronavirus infections, and they were reinfected with new variants.

In August, the USDA said it found the world’s first cases of COVID-19 in wild deer in Ohio. This expanded the list of animals known to have been infected with the sickness. The information was based on findings collected months before Omicron became the most dominant variant found in human populations around the world.

So far, the USDA has reported COVID-19 in animals including dogs, cats, tigers, lions, snow leopards, otters, gorillas and minks.

The Associated Press and Reuters reported on this story. Bryan Lynn adapted the reports for VOA Learning English.

We want to hear from you. Write to us in the Comments section, and visit our Facebook page.

Words in This Story

virology – not. a part of science that deals with viruses and viral diseases

mutate – v. to cause (a gene) to change and create an unusual characteristic in a plant or animal: to cause mutation in (a gene)

dominant – adj. the main or most important part of something