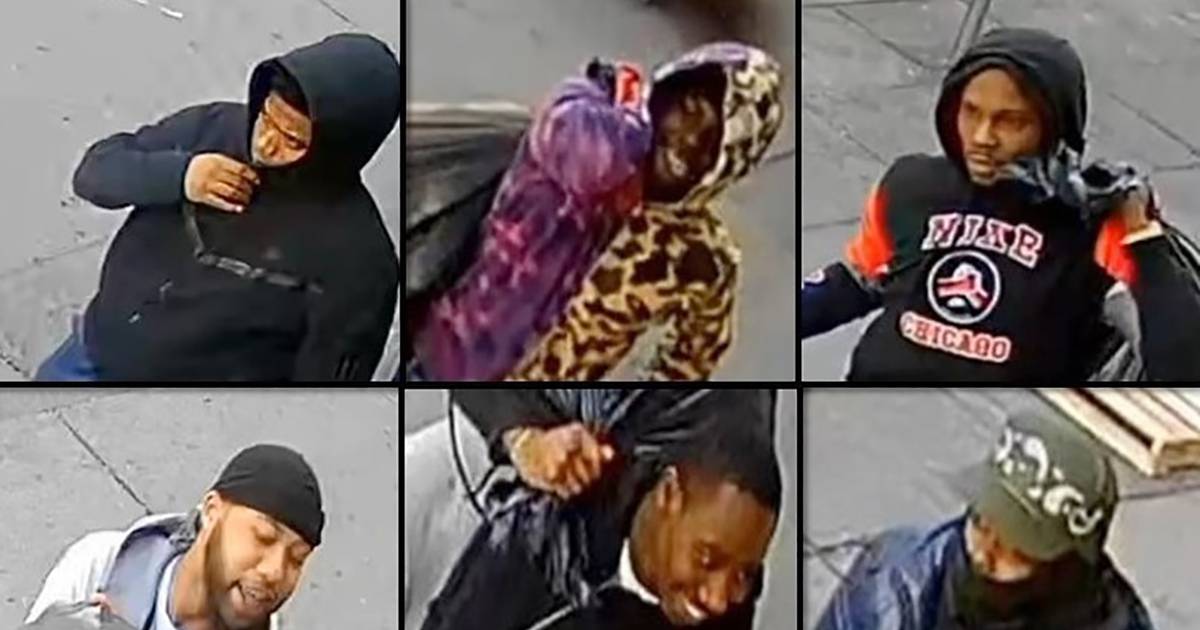 Police are looking for a gang of smiling thieves for the theft of hundreds of bulletproof vests meant to protect Ukrainian forces during the Russian invasion.

The suspects took about 400 vests donated by law enforcement and stored at the Manhattan headquarters of the Ukrainian Congressional Committee of America and the National Ukrainian Women’s League of America.

Thieves stole the vests on March 15 from the organizations’ offices on Second Ave. near E. 13th St. in the East Village.

On Friday, police released photos of six suspects, some of whom were carrying large bin bags, along with a white van – one of three getaway vehicles believed to have been used in the heist.

Three of the thieves were caught smiling as they made off with the potentially life-saving equipment.

Police are asking anyone with information about the theft or the suspects to call Crime Stoppers at (800) 577-TIPS.