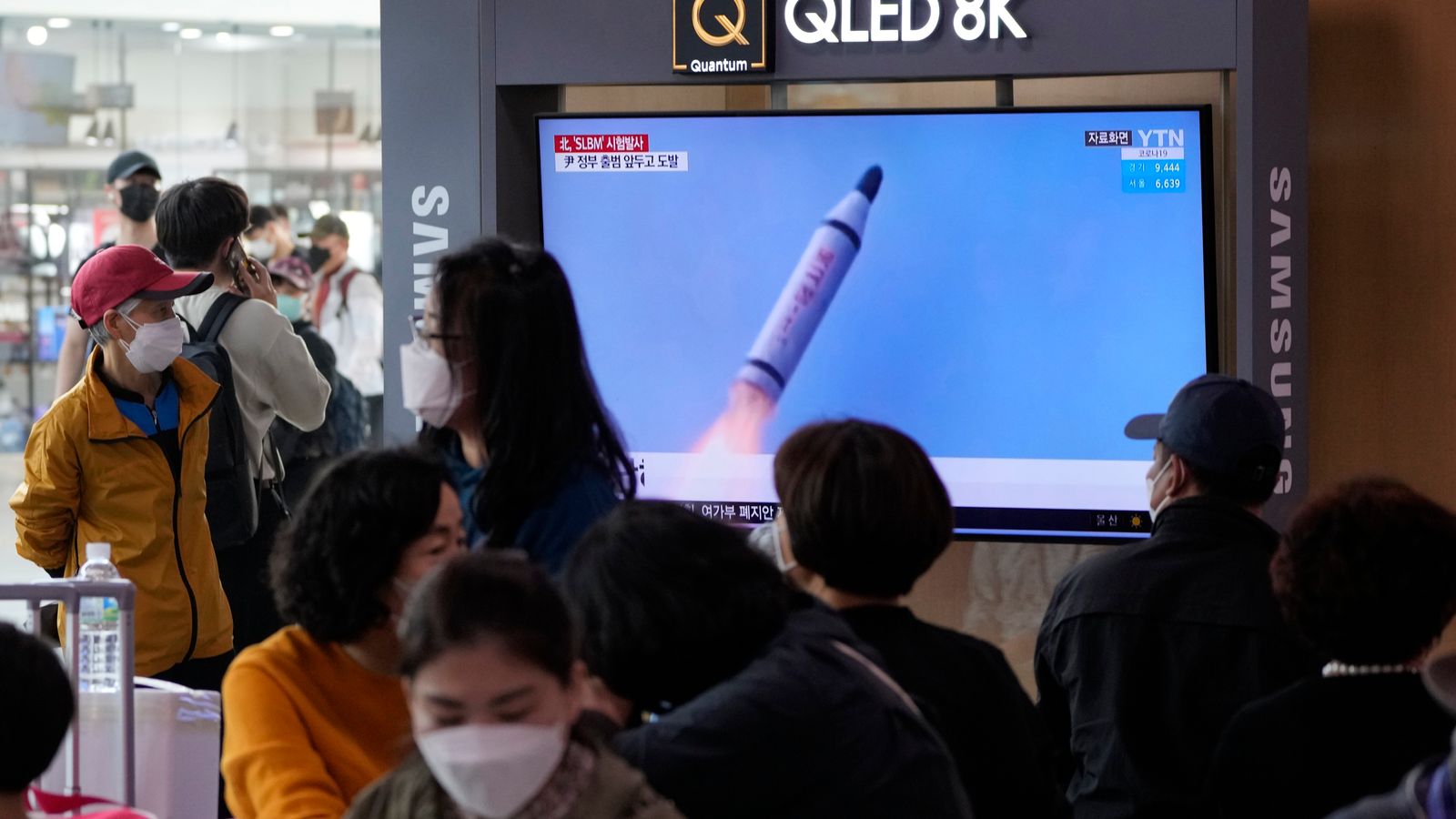 North Korea tested a suspected ballistic missile launched by a submarine just days before South Korea inaugurated a new leader who has pledged to take a hard line against Pyongyang.

Seoul said the rocket was launched early Saturday from the eastern port city of Sinpo, where the North has an underwater base.

Japan also confirmed the launch, with the country’s Prime Minister Fumio Kishida ordering officials to prepare for any “unpredictable situations” in response.

This comes ahead of the inauguration of South Korea’s new conservative President Yoon Suk-yeol, who has pledged to boost Seoul’s missile capability and strengthen its military alliance with Washington to deal with the threat posed by the North.

US President Joe Biden is due to visit South Korea and meet him on May 21.

Earlier in the week, North Korea fired a ballistic missile near its capital into the sea off its east coast after Kim Jong Un pledged to develop its nuclear arsenal “at the fastest possible speed”.

The latest launch is believed to be North Korea’s 15th round of missile firings this year, including its first test of an intercontinental ballistic missile since 2017 in March that demonstrated the potential to hit targets across the United States.

There is also indications Pyongyang prepares a sitewhere it had carried out its sixth and final nuclear test in September 2017, in preparation for a possible further explosive test.

Leif-Eric Easley, a professor at Ewha University in Seoul, said: “A seventh nuclear test would be the first since September 2017 and would increase tensions on the Korean peninsula, increasing the chances of miscalculation and miscommunication between the Kim regime and the new Yoon administration.”

North Korea has exploited an enabling environment to support its arms ambitions with the UN Security Council divided and concerned about Russia’s war on Ukraine.

Experts say the unusually fast pace of testing highlights a tightrope strategy aimed at forcing the United States to accept the idea of ​​the North as a nuclear power and remove crippling sanctions.

Mr Kim used recent missile tests to warn that the North could proactively use its nuclear weapons if threatened or provoked, which observers said could herald an escalating doctrine that would increase concerns of South Korea and Japan.

Pyongyang has been pushing hard to acquire the capability to fire nuclear missiles from submarines, which in theory would bolster its deterrence by ensuring the ability to retaliate after a nuclear attack.

However, experts say the heavily sanctioned nation would need more time, resources and technological upgrades to build a fleet of submarines capable of avoiding detection and executing strikes.