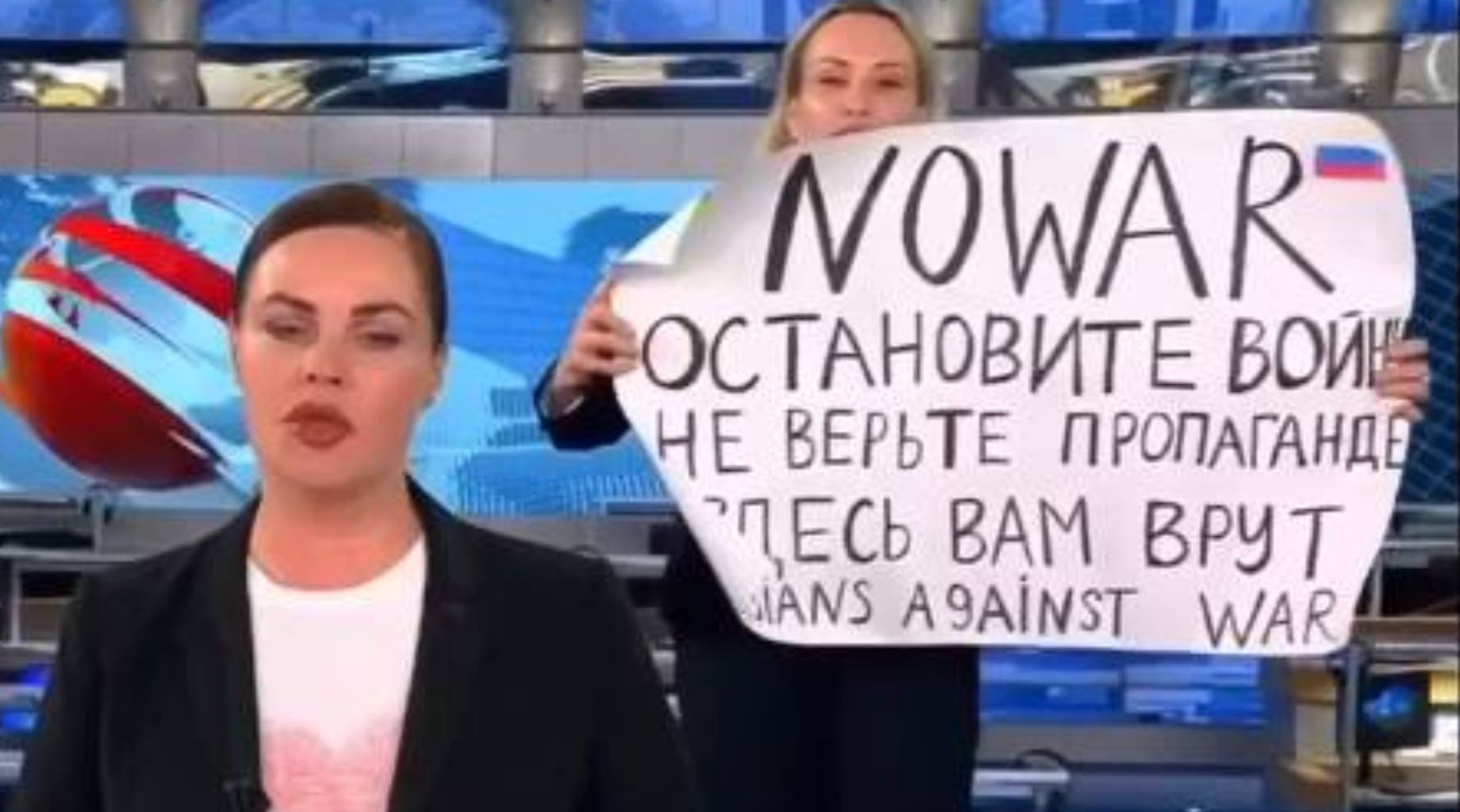 The main evening news program on Russia’s state-run television was interrupted by a protester holding a poster against the war in Ukraine.

“NO WAR,” the sign read in English. Then, in Russian below: “Stop the war. Don’t believe the propaganda. They are lying to you.”

The rare rare anti-war protest on Channel One – behind the show’s anchor – was brief as the feed abruptly changed cameras.

The OVD-Info website, which monitors political arrests, posted a video in which Ovsyannikova identified herself as an employee of Channel One and spoke against the war.

“What is going on now is a crime,” she said. “Russia is an aggressor country and Vladimir Putin is solely responsible for that aggression.”

“Unfortunately, I’ve spent many of the last few years working for Channel One, doing Kremlin propaganda, and I’m deeply ashamed of this,” she said, according to a translation. “Ashamed that I allowed lies to come from the TV screen. Ashamed that I allowed the zombification of the Russian people.”

“We Russians are thinking and intelligent people,” she added. “It’s in our power alone to stop all this madness. Go protest. Don’t be afraid of anything. They can’t lock us all away.”