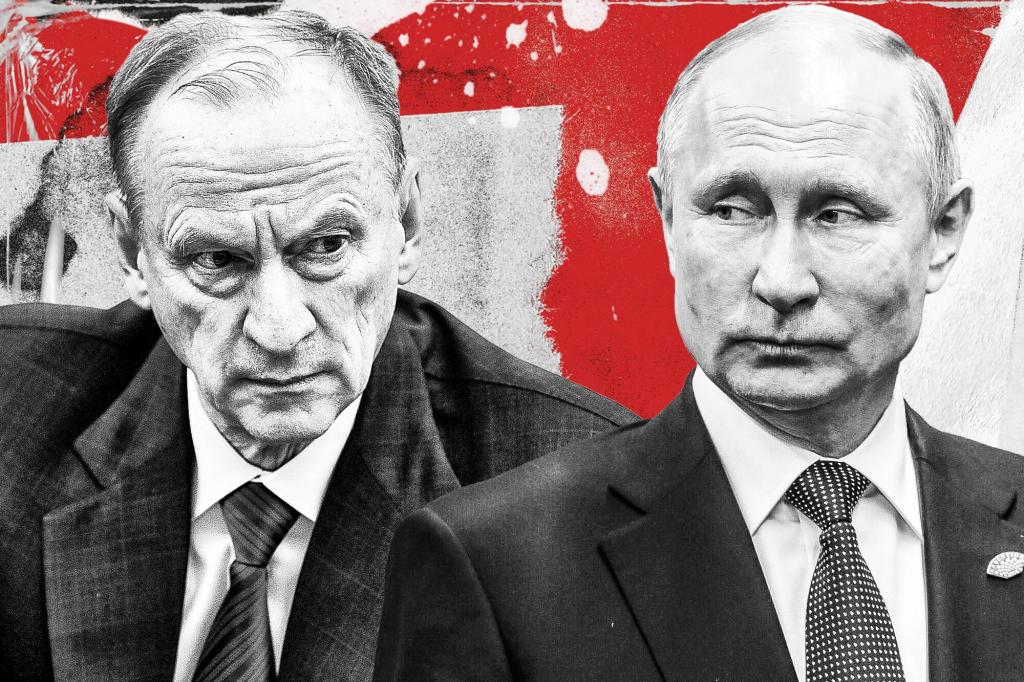 For years, the US security services have wanted Russian President Vladimir Putin to be served a cup of tea with a dash of poison. But Washington should be careful what it wishes for. With Putin reportedly about to go under the knife for cancer surgery, Putin’s right-hand man, Nikolai Patrushev, is set to temporarily take over, and he could be even worse than his master. .

Patrushev is the most influential person in the Kremlin bureaucracy and the only person Putin trusts – insofar as he trusts anyone. The two share more than a strong professional relationship. They are friends. Putin and Patrushev both come from the same stock of Chekists, the term for Soviet and Russian intelligence services known by the Russian acronym ChK, the powerful secret police agency of the USSR. Chekists consider themselves elite warriors, dedicated to protecting the homeland from its enemies.

Both men are military-trained, trained in the use of weapons and known for their brutality. In Stalin’s era, known as the “Red Terror”, the chekists eliminated the “enemies of the people” with the help of “special craft” – executions by shooting in the back of the neck.

Putin and Patrushev’s friendship dates back to their service in the KGB, which Putin joined in 1975, a year after Patrushev was recruited. At different times, they also served as heads of the FSB, Russia’s internal security service, successor to the KBG and rough equivalent of the FBI. In 1998 Patrushev succeeded Putin as deputy head of the presidential administration under Boris Yeltsin.

As an army general, Patrushev outranks Putin, who only achieved the title of colonel. Nonetheless, Patrushev acts as a “devoted armor-bearer and like-minded accomplice” to his commander-in-chief, according to a top Russian tabloid, playing a highly influential role in shaping foreign policy and strategy. security of Russia. As head of Russia’s Security Council since 2008, Patrushev has almost certainly influenced the country’s modern military doctrine, which has officially codified NATO as Russia’s primary security threat.

Patrushev also rivals Putin as a villain. Some believe the two men ordered FSB officials to bomb apartment buildings in Moscow, killing between 200 and 300 residents in 1999, to blame Chechen terrorists and give Russia a pretext to start war against Chechnya. As a result, then Prime Minister Putin’s popularity grew, helping him secure the Russian presidency in March 2000.

After Alexander Litvinenko accused Putin and Patrushev of orchestrating the bombings in his book “FSB Detonates Russia”, he was poisoned with the radioactive chemical Polonium-210, an assassination which, according to the judge of the British Supreme Court Robert Owen, was “probably endorsed by President Putin and his leader”. of the FSB, Patrushev.

The two men probably authorized the poisonings and murders of many Russian “enemies”. As head of the FSB, Patrushev led a counterterrorism program calling for the “liquidation of the leaders of the Chechen separatist movement.” Patrushev sent FSB agents to hunt down and kill Chechen fighters, including Shamil Basayev in July 2006 and Aslan Maskhadov in March 2005.

The FSB hitmen who carried out these targeted assassinations received rewards. Less successful hitmen killed themselves, with Putin and Patrushev laying flowers at their funerals.

Patrushev does not drink hard liquor, preferring the occasional glass of white wine instead. He is never late and dislikes talking with reporters, a professional habit that comes from being a spy for 50 years. But when he does, he carefully calibrates his words, very aware that his speech is being analyzed by foreign intelligence services. Like Putin, Patrushev is a workaholic and always has an opinion, which he shares daily with his boss. While Putin is a judo master, Patrushev is a volleyball fan and swims a mile in a pool four days a week to shake off fatigue.

Like Putin, Patrushev is a rabid anti-American propagandist, who recently accused the United States of planning to drop a nuclear bomb on Ukraine and then blamed Russia for it. On Wednesday, he also blamed the West for seeking to destroy Russia.

There is an old Russian saying. Literally translated, this means: “Two boots make a pair. And Putin and Patrushev fit together perfectly.