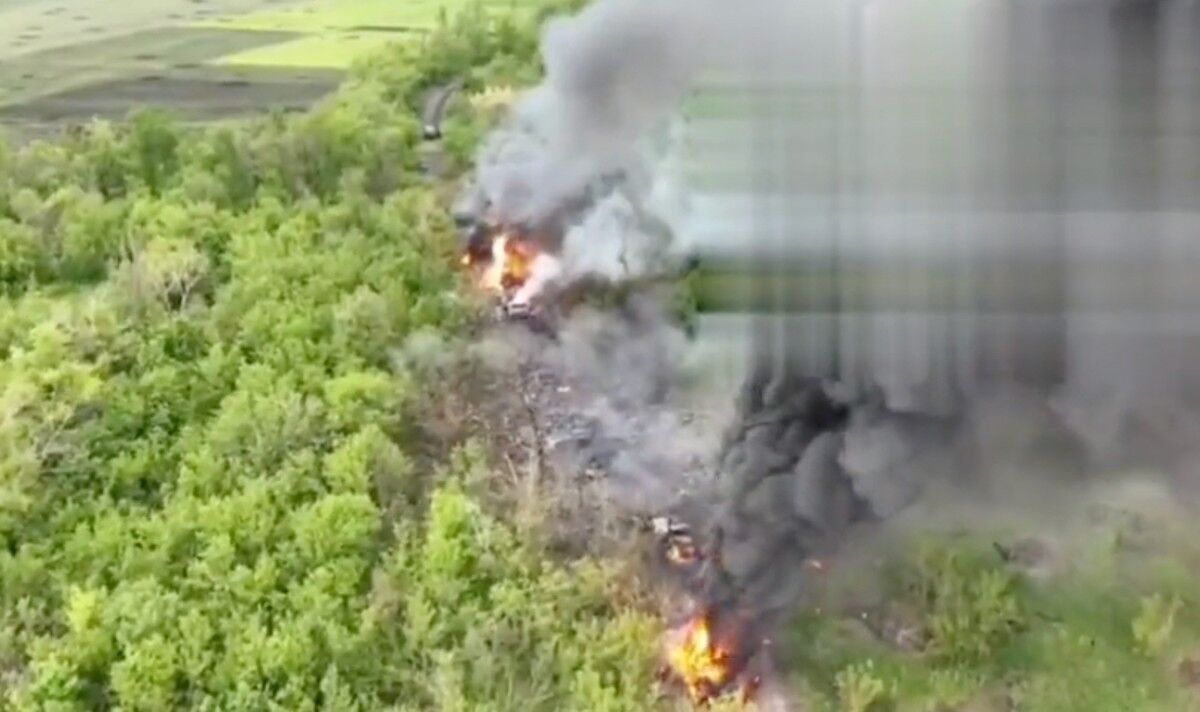 Vladimir Putin’s army has intensified its attacks in the eastern territories of Ukraine, as fierce battles rage in the Donetsk and Luhansk regions. Russian forces appear to be concentrating their attacks on Severodonetsk, as they seek to surround Ukrainian units defending the city. Despite being outnumbered by their Russian opponents, the Ukrainian defenders are stubbornly hanging on and giving their best.

A new video posted on Twitter by “BlueSauron” shows vehicles of a burning Russian convoy, with plumes of thick black smoke rising skyward.

Occasional explosions can be seen as what appear to be ammo supplies ignite.

Most of the vehicles in the supply convoy seem to have been completely destroyed, only their charred remains are visible.

The attack took place near the village of Komyshuvakha, in the Luhansk region, located just over 40 kilometers from Severodonetsk.

Social media users were quick to express admiration for the capabilities of the Ukrainian military and had little sympathy for the Russians.

One wrote: “Very good! I love watching the beautiful works done by the Ukrainian forces.

“Earn a big helping hand! Keep up the good work!”

While another said, “Splendid! More of that stuff please.”

Some have speculated about the approach used by the Ukrainian military in such attacks.

READ MORE: Footage from the war in Ukraine captures the moment artillery strikes hit a Russian base

Military analysts at the Institute for the Study of War (ISW) believe the Russians will attempt to surround and besiege Severodonetsk, which had a population of just over 100,000 before the war.

In their May 21 bulletin, ISW experts wrote: “Russian forces have intensified their efforts to encircle and capture Severodonetsk on May 21 and will likely continue to do so in the coming days, as efforts on other Advance axes, including Izyum, remain largely at a standstill.

“Russian military bloggers speculate on the success of Russian tactics in the region and dubbed it the Battle of Severodonetsk, emphasizing that this is the preliminary line of effort in the Donbass theater.”

Russian Defense Minister Sergey Shoigu also claimed that the Luhansk region would soon be fully under Russian control during a recent appearance on state television.