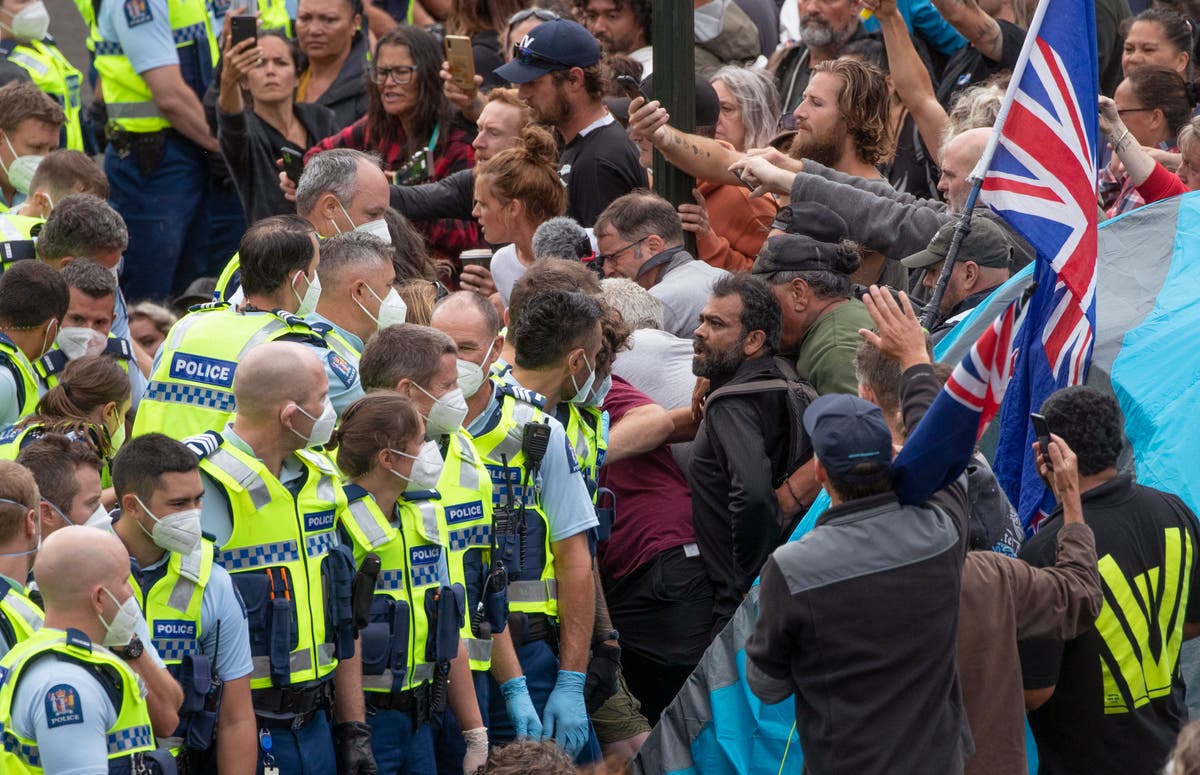 Authorities in New Zealand are blasting out Barry Manilow’s greatest hits in an attempt to dislodge “Convoy for Freedom” protesters outside the country’s parliament.

The idea to make the protesters “uncomfortable” was floated by Parliament speaker Trevor Mallard who suggested using a sound system to blast out vaccine messages and decades-old Manilow songs, reported the Associated Press. He also instructed last week that sprinklers be turned on them.

But the protesters, undeterred, are responding to sprinklers by digging trenches and installing makeshift drainpipes to divert the water.

Protesters scattered bales of straw on the soaking grounds, shouted, and danced. One group performed an Indigenous Maori haka.

Police arrested 122 people and charged many of them with trespassing or obstruction on Thursday, but so far they have not used riot gear or carried guns.

In one physical confrontation, a video of two female officers dragging a naked woman by her hair went viral. New Zealand police told AP they did not remove the woman’s clothing and that she had been naked for “some time” before her arrest.

“No-one who is here is here legally, and if they’re getting wet from below as well as above, they’re likely to be a little bit less comfortable and more likely to go home,” Mr Mallard was quoted as telling news organization stuff.

“Some people have suggested we add the vaccine in the water, but I don’t think it works that way,” he joked.

New Zealand had closed its borders and implemented strict lockdowns to limit the spread of the virus. The nation reported just 53 Covid-19 deaths among its population of five million.