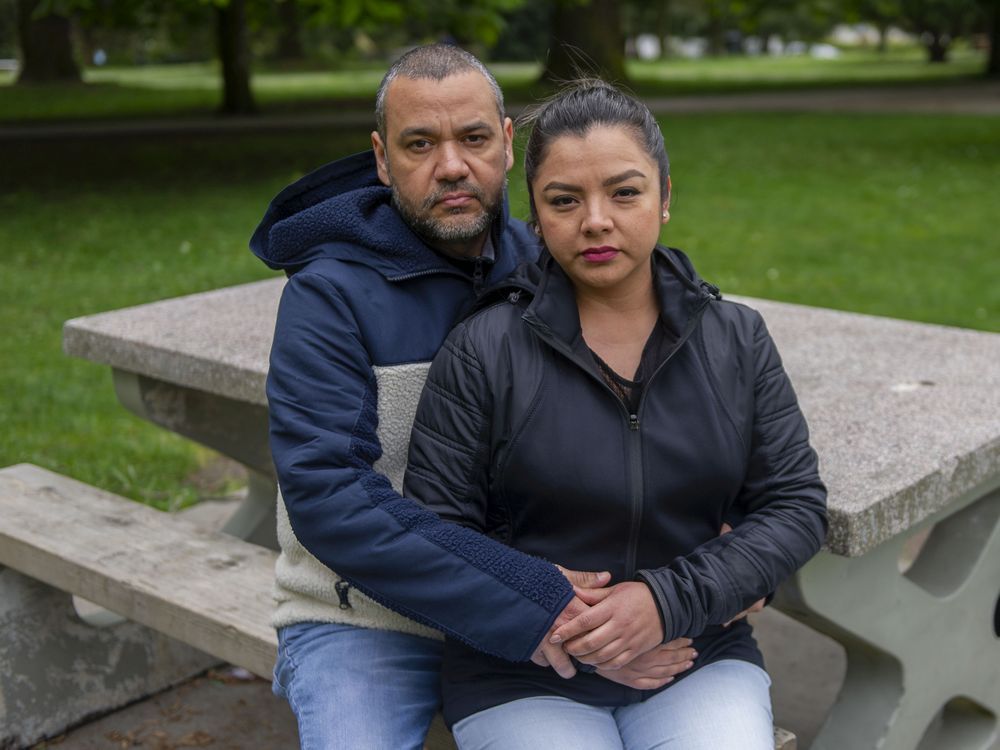 A New Westminster school community rallies around a family fighting deportation to Mexico.

Adriana Rosales Contreras and Alberto Vargas Mendez arrived in British Columbia 13 years ago after being assaulted for refusing to join a criminal organization, said Omar Chu, spokesperson for Sanctuary Health, an advocacy group that supports the immigrants.

The couple applied for refugee status, but were denied, he said. “There was no lawyer at their hearing and they didn’t speak English very well. They didn’t know how to appeal.

Since then, Contreras and Mendez have lived in British Columbia as undocumented migrants. Five years ago they had a daughter.

Last summer, the couple contacted a lawyer and filed for immigration, seeking to stay in Canada on humanitarian and compassionate grounds. But on Nov. 30, Contreras was stopped by Canada Border Services officers outside Lord Tweedsmuir Elementary School after dropping her daughter off at school, Chu said.

The mother was taken to downtown Vancouver, where she contacted her husband. When he entered, she was released, but he was detained for 48 hours, Chu said. “Since then, they have complied with the CBSA, but to our knowledge removal proceedings are ongoing.”

CBSA spokeswoman Judith Gadbois-St-Cyr would not comment on the case for confidentiality reasons, but said the agency has a legal obligation to remove inadmissible people. to Canada under the Immigration Act.

“The decision to remove someone from Canada is not taken lightly,” she said in a statement, adding that the CBSA “only makes a removal order once all avenues legal remedies have been exhausted”. H&C applications “do not suspend a person’s removal until an application is submitted and an officer (Canada Immigration) grants Stage 1 approval”.

Chu said Contreras and Mendez were waiting to hear the results of their immigration application, which was filed in August but not reviewed until November, by which time some of the forms had expired. They resubmitted their application.

Friends and members of the New Westminster school community are planning a rally in support of the family at 5 p.m. Monday outside Tweedsmuir Elementary School. Several have already sent letters to the federal immigration minister asking him to approve the family’s application before they are deported.

School administrator Maya Russell said it was disturbing to her that Contreras was ‘followed’ as she dropped her daughter off at school. “It’s absolutely distressing and goes against the sense of safety that we’re trying to foster.”

The school district has an “access for all” policy so that all students can attend the school, regardless of their immigration status. The arrest could deter other undocumented migrants from sending their children to school. Children should “play in the playground, not hide in their homes”, she said.

A family friend, Alejandra Lopez, said the eviction was “the icing on a whole stress cake.” For 13 years, the family has not had easy access to health care, which means they fear getting sick or having an accident. It has been difficult to find work, rent a house or pursue personal goals, she said.

For the past few months, they have been living with friends and accessing the food bank.

In a video posted on Facebook, Contreras and Mendez asked Canada for “an opportunity to be here.”

As her daughter played in a playground, Mendez said, “We are an honest, hardworking family, and we just want the opportunity to continue building a better life for ourselves and our daughter. And (our daughter) knows no other country than Canada.

Gadbois-St-Cyr said a child born in Canada does not prevent the removal of a foreign national. “However, the CBSA always considers the best interests of the child before removing someone. If the parents of Canadian children need to be removed from Canada, the children’s travel may be facilitated to keep the family together.