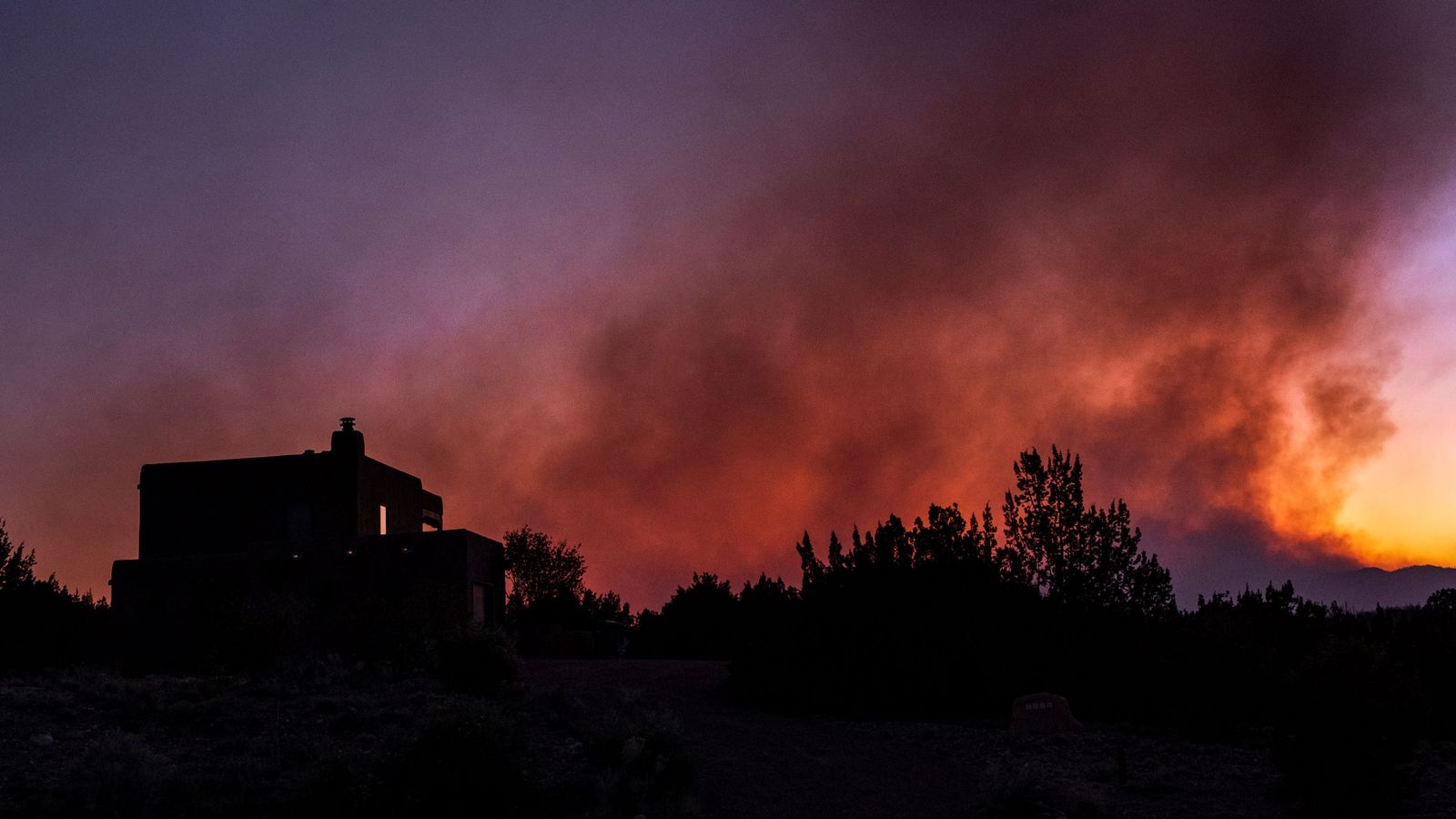 Firefighters are preparing for an “unprecedented extreme wind event” and near-record temperatures to fan the largest blaze in the United States, which has already caused widespread devastation and prompted thousands to flee.

Forecasters in the United States warn that gusts could reach up to 60 mph over the weekend, fueling the spread of the wildfire in the northeast New Mexico which has burned more than 262 square miles in recent weeks.

At least 165 homes have caught fire since the blaze began, while thousands more have been evacuated.

It is hoped measures taken to fight the blaze, including clearing vegetation and digging firebreaks, will prevent it from reaching the city of Las Vegas, which is separate from its larger and better-known namesake. in Nevada.

Elmo Baca, president of the Las Vegas Community Foundation, said: “There is uncertainty and fear about how the winds will affect the fire on a day-to-day basis.

“Once people are evacuated from an area, they can’t go back, so they’re just stuck worrying.”

The start of the fire was attributed in part to prevention work undertaken by the US Forest Service in early April to reduce flammable brush.

Spreading out of control, it merged with another wildfire, the cause of which is unknown.

Long-term drought and warmer temperatures caused by climate change have combined to heighten the threat of wildfires.

Incident Commander Dave Bales said firefighters dealing with the current blaze in northeastern New Mexico have already dealt with high winds, but he stressed the current weather could last five days or so. more.

He also warned that the flames could be blown up to a mile away.

“This is an unprecedented extreme wind event,” Mr Bales said.

Crews burned vegetation before the fire in an effort to reduce its intensity.

At the lab, tankers, a helicopter and heavy equipment are in place and firefighters will patrol the perimeter if the flames come close.

Some nuclear watchdog groups and environmentalists have raised concerns about nuclear waste containers at the site.

Laboratory officials said radiological and other potentially hazardous materials are stored in containers designed and tested to withstand extreme environments, including the heat of a fire.