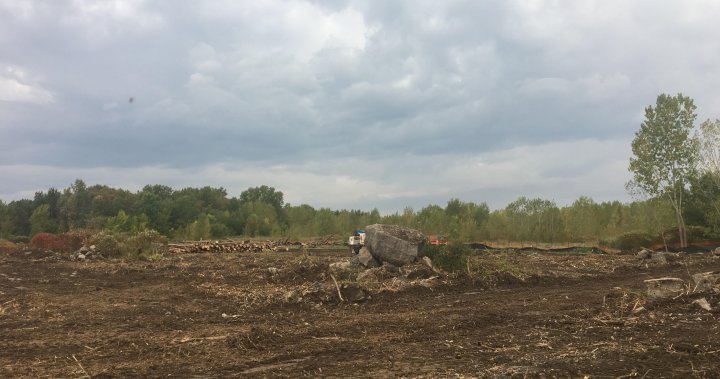 The Council of the Montreal Metropolitan Community has adopted an interim control by-law to protect more green spaces in Greater Montreal.

The settlement comes just weeks after an intergovernmental panel on climate change called on the city of Montreal and surrounding areas to protect between 30-50% of land and water by 2030 to reduce the devastating effects climate change.

The aim is to protect existing green spaces and develop more.

The Minister responsible for Montreal, Chantal Rouleau, says that this regulation is very important for the protection of the environment.

There are 33,000 hectares under protection. The settlement will add more than 20,000 hectares, Rouleau says.

Fairview Forest one step closer to protecting against future development

Mayors across the region are on board, especially those fighting to protect their own green spaces.

“It adds credibility to what we do and what we fight for,” said Pointe-Claire Mayor Tim Thomas. “It shows that other levels of government, higher levels, people from all over the Quebec region support what we are doing.

In October 2020, Cadillac Fairview announced a plan to turn the majority of Fairview Forest and surrounding areas into the West Island town center. This is something Thomas has managed to stop, at least for now.

“It helps and strengthens our protection of green space, our ability to slow development at the expense of green space,” he said. “It gives credibility, extra ammunition, it also gives us legal protection.”

Next door in Kirkland, Mayor Michel Gibson said the community is currently considering redeveloping land and turning it into a park.

“It belongs to the federal government and we would like to acquire it. This will help us put our offer in place,” Gibson said.

The Conseil de la Communauté métropolitaine de Montréal is also asking the Quebec government for $100 million in funding to set up a new axis of the green and blue infrastructure funding program, which encourages sustainable development in the greater Montreal area.