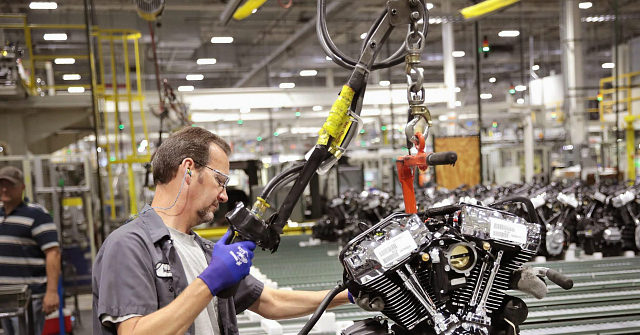 Nearly six in ten US manufacturers believe continued inflation will lead to a US recession, according to a new survey from the National Association of Manufacturers (NAM).

Inflation under President Joe Biden soared to 8.6% last month – the highest in 41 years – and US manufacturers are expressing a bleak outlook for the US economy next year.

In the latest NAM survey, more than 59% of US manufacturers said they believed inflation was likely to cause a recession in the United States. About 52% said they didn’t think the Federal Reserve would be able to stave off a recession.

Similarly, US manufacturers expect raw material costs to rise 6.9% and prices for their products to rise 5.9% over the next year. Around 75% said inflation was worse today than six months ago and more than 53% suggested rising prices were making it harder for them to stay competitive and profitable.

When it comes to free trade between the United States and China, more than 88% of U.S. manufacturers said it was important for the federal government to support domestic manufacturing — including nearly six in ten manufacturers who said such an effort of “very important”.

The NAM survey included 333 respondents representing small, medium and large manufacturers in the United States and was conducted from May 17 to May 31.

John Binder is a reporter for Breitbart News. Email him at jbinder@breitbart.com. Follow him on Twitter here.