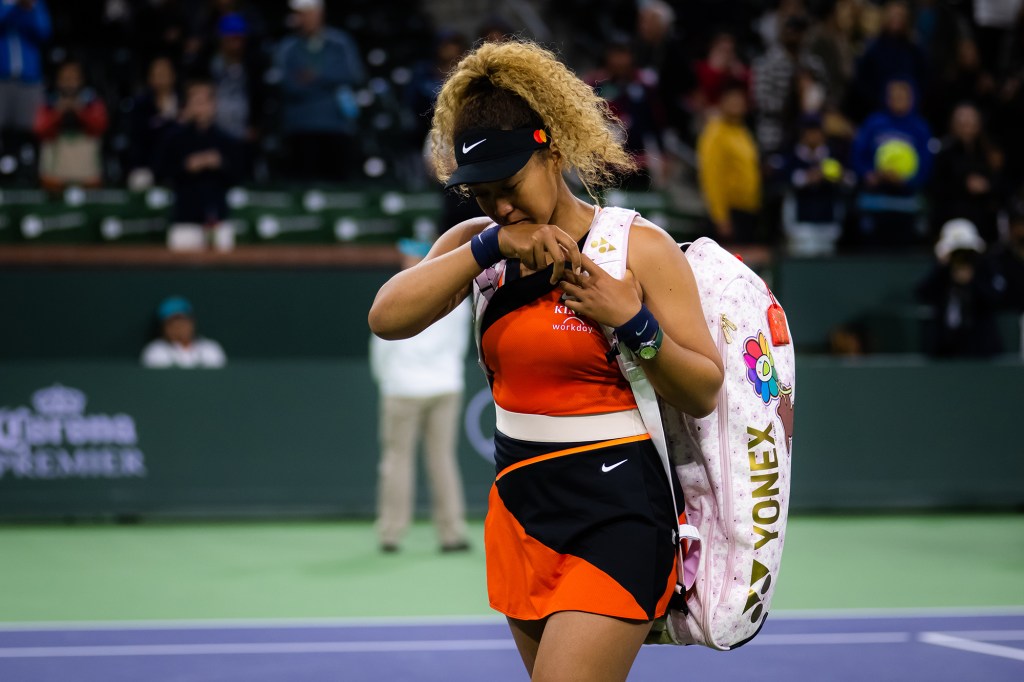 Naomi Osaka’s match at Indian Wells took an ugly turn when a heckler made an appearance on Saturday.

“Naomi, you suck!” a woman from the audience shouted during Osaka’s first-set against Veronika Kudermetova.

The insult was met with jeers from fellow spectators and appeared to rattle the four-time Grand Slam champion. Osaka trailed 3-0 in the first set when she pleaded with the chair umpire to address the audience.

“Can I borrow your microphone?” Osaka asked. “I just want to say something. I’m not going to curse. I don’t curse. It’s just weighing on my heart.”

Osaka, however, was not permitted to use the microphone. Tournament officials determined they’d find and eject the heckler if the match was interrupted a second time. The heckler was kept at bay as Osaka finished the match.

The 24-year-old dropped the first set 6-0 to Kudermetova. She’d lose the next set 6-4, ending her run in the Round of 64 at the California-based tournament.

“I feel like I’ve cried enough on camera,” Osaka said to the crowd. “I’ve gotten heckled before. It really didn’t bother me. But heckled here, I watched a video of Venus and Serena getting heckled here, and if you’ve never watched it, you should watch it. I don’t know why, but it went to my head.”

Serena Williams said she felt “unwelcome, alone and afraid” as she experienced criticism and boos from the crowd. She would not attend Indian Wells for 14 years. She eventually returned in 2015, ending her boycott of the event.