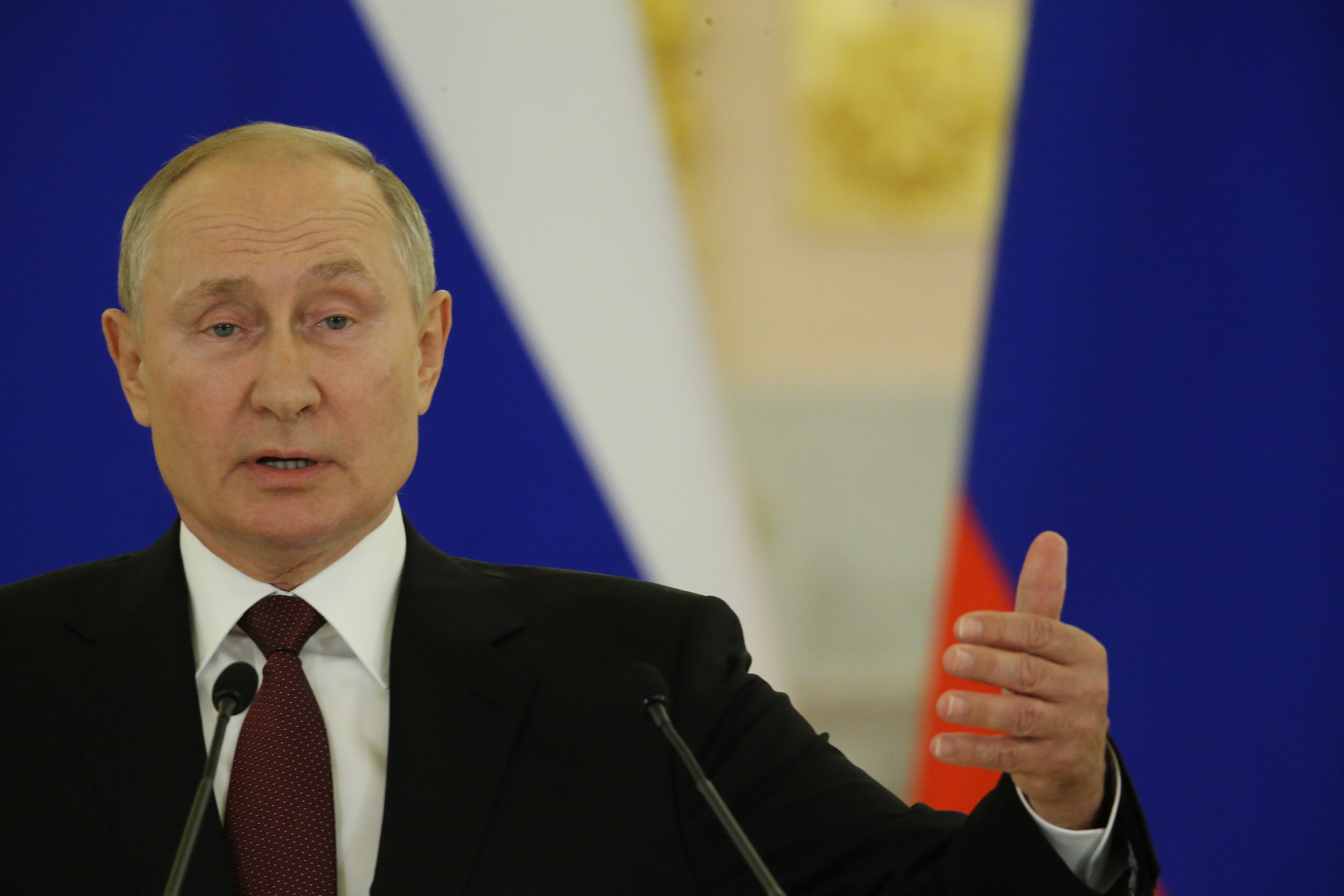 This Thursday will mark the three-week anniversary of Russia’s invasion of Ukraine. Almost immediately after Vladimir Putin’s tanks rolled across the Ukrainian border on February 24, the sanctions the West had been preparing for that eventuality began rolling into place.

Step by step, bank by bank, company by company, the West began systematically cutting Russia off from the global flow of commerce. Oil giants BP, Shell and Exxon Mobil packed their bags and left Russia. McDonalds, Apple, and Zara exited as well.

On March 3, the London Stock Exchange suspended trading on 27 companies with close ties to Russia after the share prices of several Russian banks and energy companies fell by over 90%. Goldman Sachs has revised its 2022 economic growth forecast for Russia from a 2% expansion of GDP to a recession of 7%. Since the start of hostilities, the Russian ruble’s official exchange value has declined by over 40%. The Russian stock market remains closed.

And yet, as drastic as these moves have been, they seem to have had very little effect on the Russian people, and perhaps more importantly, on their support of Vladimir Putin and his unprovoked invasion of a neighboring country.

Relatively few Russians have taken to the street in protest. OVD Info has reported a total of 14,905 arrests of anti-war demonstrators since February 24. However, the anti-war movement has succeeded in mobilizing only a small fraction of Russian society.

As a whole, most Russians continue to look for ways to cope with their new reality rather than for ways to change it. Nikolai Topornin, a financial specialist, says the current situation reminds him of the 1980s — and another war, this one carried out by a government that no longer exists.

“During the Soviet war in Afghanistan, the economy was worse than it is now,” he told Newsweek. “There was no official information about military losses, but nobody came out on the streets. Today, everyone understands that prices will rise, but everyone of a certain age in Russia can still say that they’ve seen worse.”

Topornin said most Russians aren’t feeling the effects of the sanctions—or the war.

“The sanctions are striking a blow against ordinary people, but there’s no deficit of essential goods,” he said. “Schools work, offices work, hospitals work, stores work. Inflation on imported consumer goods is high and Western brands are leaving, but the farther you get away from Moscow, the less things have changed.”

Dr. Grigory Yudin, a professor of political philosophy at The Moscow School of Social and Economic Sciences, explained that there has been little shift in Russian public opinion, citing survey data from a group of independent sociologists in Russia.

“The majority of people are still in the phase of coming to understand the situation,” he said. “Twenty to twenty-five percent of the population fully support what is happening in regard to the war — they want to kill. Then there is another 20%-25% which is consciously against what they see — not loudly, but audibly; this group consists mainly of the young and the educated, and many of them are simply choosing to leave the country.”

But Yudin argues that most Russians have been unaffected by the war in Ukraine.

“The majority, however, remains neutral,” he said. “They remain consciously uninformed of the real situation. For them, propaganda works as a sedative, and there is no telling how long it will take them to figure things out.”

And Yudin thinks it unlikely that Russians will come out en masse to demand change, at least in the short term.

“It is not realistic to expect that the economic situation will motivate people to go out onto the street,” he said.

But he said that given time, the sanctions may have their desired effect.

“The instant destruction of the lifestyle that millions of Russians are accused of — this is what pushed them out of their comfortable shells,” Yudin said. “Such things as the total exodus of foreign brands, the banning of Instagram, or the possible banning of WhatsApp are the types of shocks which, if applied swiftly and maintained consistently, are most likely to have a sobering effect.”

“The majority of people are still in the process of coming to understand the real situation,” he added. “And until they do, they will keep quiet.”

When asked how long Russian society might be prepared to endure this state of silent suffering, Yudin said the potential time frame is “indeterminate.”

Liberal commentator Andrei Nikulin echoes Yudin’s analysis. Up until February 24, Nikulin was a frequent guest on Kremlin-backed television channel talk shows. His role on these programs was as a kind of token liberal voice, a tolerable regime critic who could be shouted down by the pro-Putin majority assembled in the studio.

Since the start of the war, however, voices like Nikulin’s have been deemed too dangerous for the public airwaves. Still, even with his previous platform closed off, he remains a keen observer of Russian society.

“People act as if nothing is happening, but at the same time, they line up to withdraw cash and to exchange it for hard currency,” Nikulin told Newsweek. “They avoid talking about the war, but they simultaneously rush to buy goods before certain brands close their stores in Russia.”

“They try to hide from reality with the use of antidepressants and alcohol,” he added.

Among ordinary Russians, in Moscow and beyond, most people are reluctant to speak with a foreign journalist. Even those who are generally supportive of the Putin regime’s actions in Ukraine cite concerns about exposing their families or their businesses to potential reprisals from the state.

A graphic designer, who asked to remain anonymous, said he attended the first anti-war protest in Moscow, but has since stopped participating.

“You go and you go, and nothing changes,” he told Newsweek.

“We’ve had an Iron Curtain before, and we still managed to live pretty well,” he said. “We can do it again.”