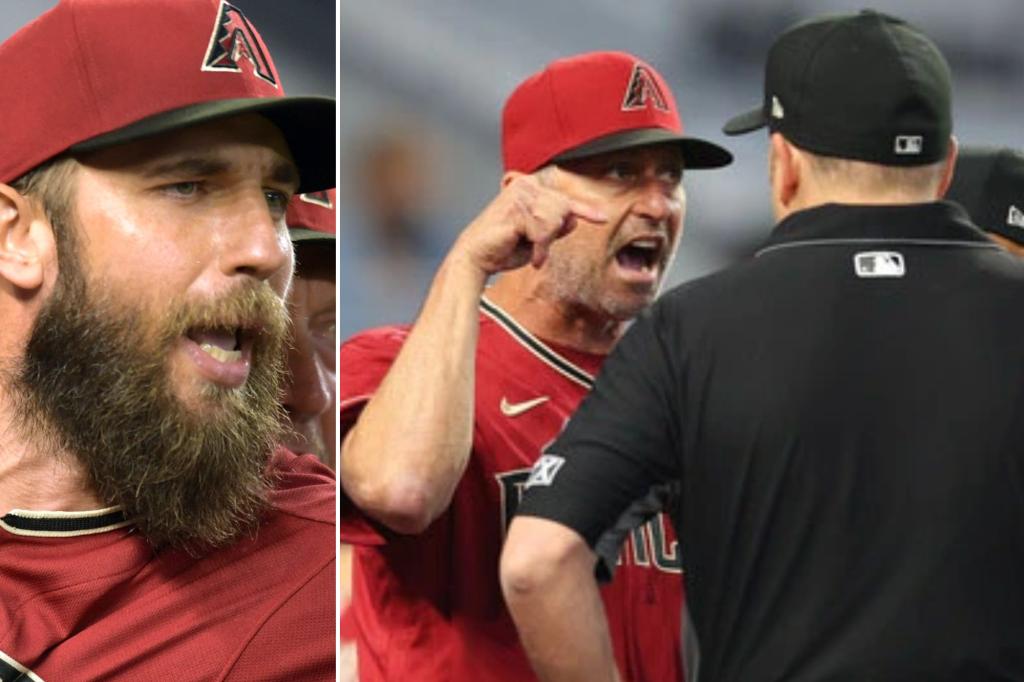 The Diamondbacks said Friday they received a copy of Bellino’s apology from MLB.

“I would like to speak about my May 4th actions involving Madison Bumgarner,” the statement read. “When I started my career in MLB almost 15 years ago, I received good advice. I was told to officiate every game as if my children were sitting in the front row. not met those expectations this week. While I cannot go back and change what happened, I take full responsibility. I will learn from this incident and sincerely apologize.

Bumgarner allowed the Marlins’ Jon Berti a first homer in the first inning Wednesday, then retired the next three batters. As he walked towards the dugout, the veteran southpaw waved his arm before extending his hand to Bellino for a look.

Bumgarner said something to Bellino as the check ended, and the referee sent him off. The 32-year-old then started yelling at Bellino and had to be held back by some coaches.

The Diamondbacks rounded Bumgarner’s ejection and beat the Marlins 8-7.

Bumgarner faces no other discipline in MLB.

“You saw the video,” Bumgarner said Wednesday. “I don’t know if I could say anything that would improve the situation. What I will say is that I am extremely proud of our team, which returns. Obviously, I didn’t come into the game intending to kick an inning. Everyone came to pick me up today.

Bellino told a poolside reporter that Bumgarner was ejected for directing profanity at a referee.