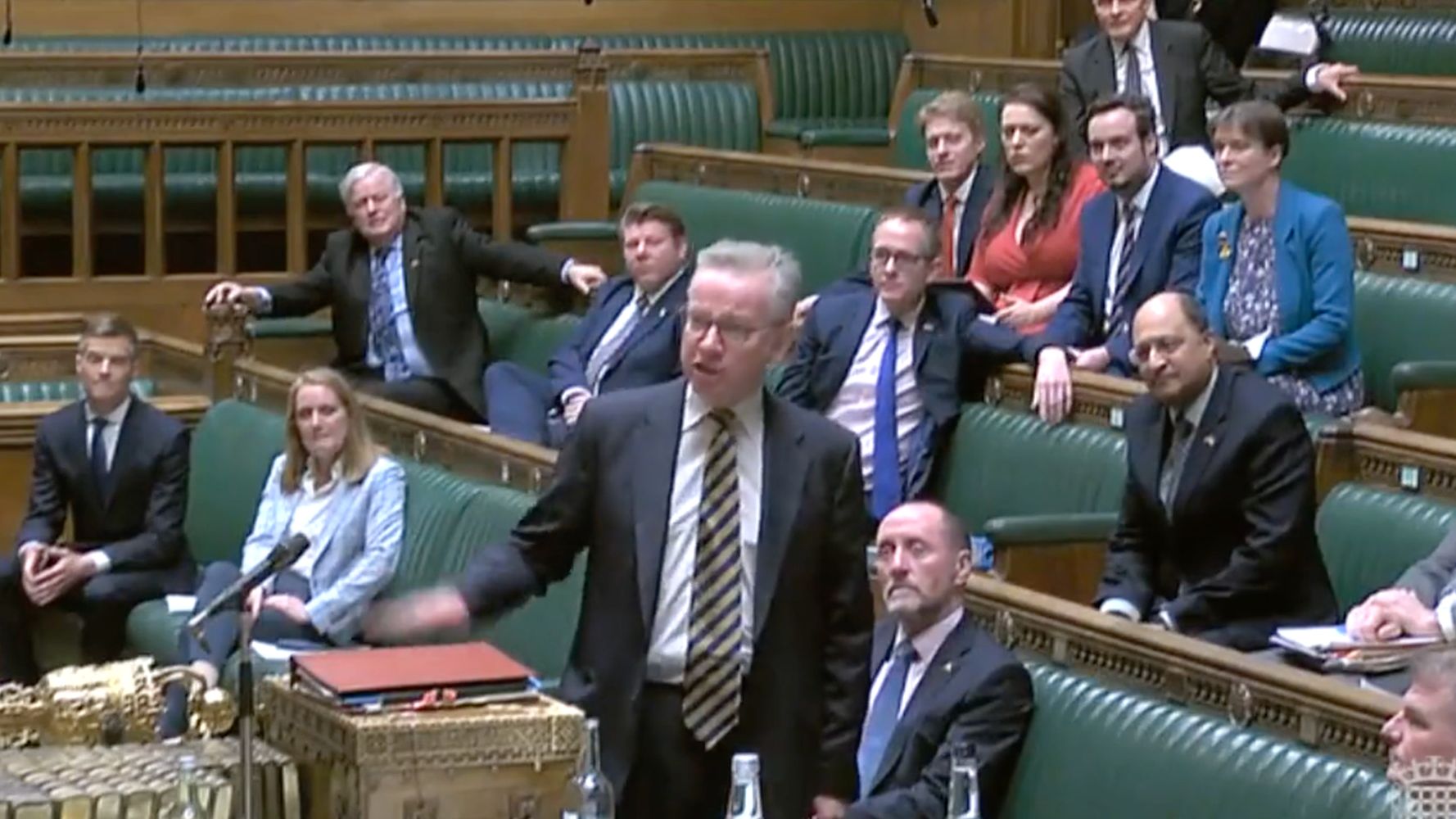 Tory minister Michael Gove has reacted furiously to a suggestion the UK is “hostile” to refugees as the government unveiled a scheme to help Ukrainians displaced by war.

The communities secretary’s angry response – which saw him repeatedly banging on the dispatch box – came as a Labor MP told the Commons that “as with previous refugee crises, the government’s response to the Ukraine crisis has, quite frankly, been pathetic”.

The UK has been condemned by charities, opposition politicians and France for not doing enough to provide an escape route for Ukrainians after its initial insistence that refugees first acquire a visa, meaning some Ukrainians were stuck in the French city of Calais, unable to enter Britain .

The European Union, by contrast, agreed to grant temporary residency to Ukrainians fleeing the invasion and gave them access to employment, social welfare and housing for up to three years.

The Conservative government has since performed a U-turn, and Gove said on Monday there would be no limit will be placed on the number of Ukrainians who can be offered a home in Britain.

“The aim is to create here in Britain a really hostile environment for illegal migration,” she told the Telegraph in 2012. Commentators have pointed to the home office’s “go home vans” sent to London boroughs in 2013 and the Windrush scandal as examples of the policy in action.

The MP for Slough said: “As with previous refugee crises, the government’s response to the Ukraine crisis has been pathetic, revealing the true extent of the callousness of this government’s hostile environment policy.

“The only reason, by the way, that we are having such a statement, which in itself is wholly inadequate, is because the government has been dragged kicking and screaming by the opposition, the media and the good British people, who have said that this debacle simply doesn’t represent us.”

Michael Gove said it was a Labor Home Secretary that created the hostile environment.

Theresa May, Home Secretary at the time, introduced it in 2012, saying: “The aim is to create, here in Britain, a really hostile environment for illegal immigrants.” https://t.co/aJN7cCp75e

Gove noted “it’s always the case that more needs to be done at every point when we are dealing with a humanitarian tragedy”, adding: “We all recognize that. But I would respectfully say to him two things: this country has taken in people from Syria, from Afghanistan, we are taking people from Ukraine. It is an uncapped scheme.”

As he started banging on the despatch box, the minister went on: “We are going to disagree politically and all the rest of it, but I have just had it up to here with people trying to suggest that this country is not generous.

Gove is perhaps referring to a 2007 comment made by then Labor immigration minister Liam Byrne, who said: “We are trying to create a much more hostile environment in this country if you are here illegally.”