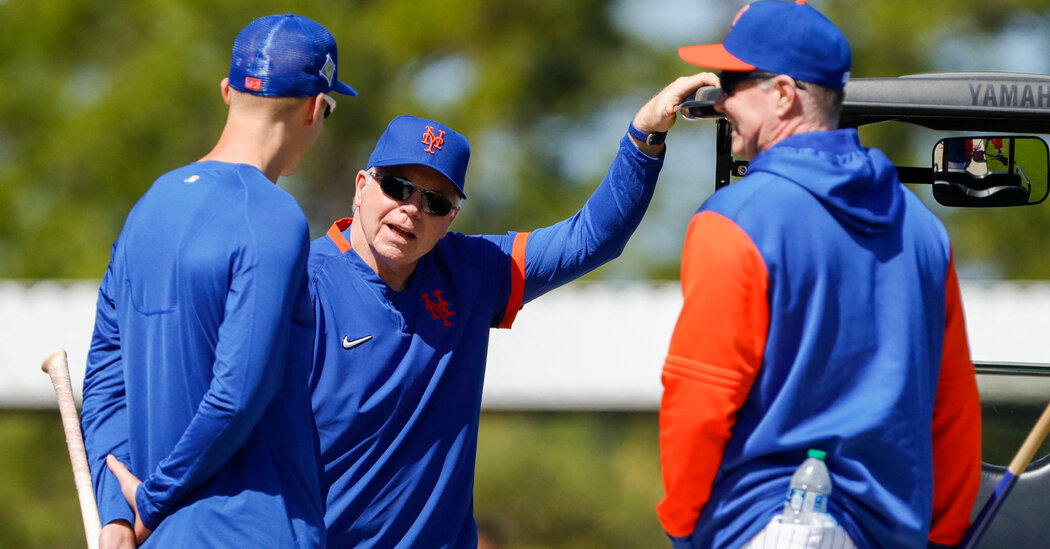 PORT ST. LUCIE, Fla. — Steven A. Cohen has been a Major League Baseball club owner only since October 2020. In that short time, he has dramatically changed the trajectory of his team, the Mets, and its spending, the latter of which directly led to a new league payroll tax nicknamed after him.

“Listen, I’m still new to baseball,” Cohen said after walking around the Mets’ spring training facility Sunday morning and pausing to meet with reporters. “I know there’s a name for it. They call it the ‘Cohen Tax’ or whatever.”

He added later, “It’s better than a bridge being named after you or something like that.”

For so long under the Mets’ previous owners, the Wilpons, the team languished in the National League standings and in the MLB payroll rankings despite playing in the country’s largest media market. But in Cohen, the hedge fund manager with a reported net worth of $15 billion, who bought the Mets for $2.4 billion, the team now enjoys the richest majority owner in MLB And its spending is starting to reflect that reality.

He overhauled the Mets’ once-lean analytics department, restored employee salaries to pre-pandemic levels and opened his checkbook for talented players.

In Cohen’s first season, the Mets traded with Cleveland for shortstop Francisco Lindor and then signed him to a 10-year, $341 million contract extension. The team’s 2021 payroll, for luxury tax purposes, was $203 million, according to FanGraphs — just under the first luxury tax threshold of $210 million. That led to a disappointing record of 77-85 and a fifth consecutive season out of the playoffs.

A year later, Cohen has been intent on turning the Mets around and has pushed them toward the first $300 million payroll in MLB history.

After hiring Billy Eppler as general manager, and before the MLB lockout began on Dec. 2, the Mets committed a combined $254.5 million to outfielder Starling Marte, the outfielder and first baseman Mark Canha, infielder Eduardo Escobar and the star pitcher Max Scherzer. That sent the Mets’ payroll to a league-leading and franchise-record $270 million.

MLB’s other club owners noticed. The current form of the competitive balance tax began in 2003 and was meant to limit runaway spending. But during the negotiations over a new five-year collective bargaining agreement, team owners tried to make the luxury tax system more onerous while players pushed for the opposite, arguing its yearly growth had not kept pace with club revenues.

A concession the players eventually made to increase the luxury tax thresholds in the new agreement was the installation of a new, fourth threshold at $60 million over the base ($230 million in 2022) that could limit the highest-spending teams, such as the Los Angeles Dodgers and the Mets. On Saturday, Mets outfielder Brandon Nimmo called it the “Steve tax.”

“Listen, $290 million is a lot of money to spend overall and I’m OK with it,” Cohen said on Sunday, adding later, “I don’t feel like it’s so confining that I can’t live with it.”

Cohen said the new tax mark — each level has progressively steeper surcharges — wouldn’t stop him. Asked if he would surpass it, he said, “I probably will.”

On Saturday night, the Mets traded for the Oakland Athletics right-handed starting pitcher Chris Bassitt, an All-Star in 2021. (Cohen said he was “heavily involved” in the conversations with the Mets’ front office regarding the deal because the executives included him in their talks.) On Sunday afternoon, the Mets reached a one-year, $4 million agreement with relief pitcher Adam Ottavino. The team’s new projected salary is $285 million.

“He just said, ‘Keep bringing me opportunities,’ so that signaled to me that, if it came along, be open-minded about it,” Eppler said on Sunday.

Buck Showalter, who is entering his first season as the Mets’ manager after leading the Arizona Diamondbacks, the Baltimore Orioles, the Texas Rangers and the Yankees in the past, said Cohen was curious and focused on winning. “I’ve had some owners …,” he said before his voice trailed off. “He wants to win.”

Cohen said he wasn’t involved in the labor negotiations but he was glad that a new deal, which was unanimously approved by owners, was reached so a full 162-game regular season could be played.

Only two teams — the San Diego Padres and the Dodgers — paid luxury taxes in 2021. Nine of the 30 teams spent $92 million or less in payroll. According to The Associated Press’s calculations, the $4.05 billion of spending on major-league payrolls in 2021 was the lowest in a full season since 2015. The median MLB salary was $1.15 million, down from the record-high $1.65 million in 2015. Before the pandemic, MLB owners ran an estimated $11 billion-a-year business.

Big payrolls don’t always equal to championships, but when asked if he felt other owners were as dedicated to trying to win by spending, Cohen demurred.

With the new injection of talent and cash, the Mets appear poised to compete for a playoff spot. (Beginning this season, the playoff field was expanded from 10 to 12 teams.) The last time they made the postseason was in 2016, when they lost the wild-card game. When he took over the Mets, Cohen said not winning a title in three to five years would be disappointing.

“It all looks good on paper,” he said of his squad on Sunday. “Hard to know what’s going to happen in real life, right? I’m looking forward to a great season. I think we’re going to be really competitive and we’ll see what happens.”