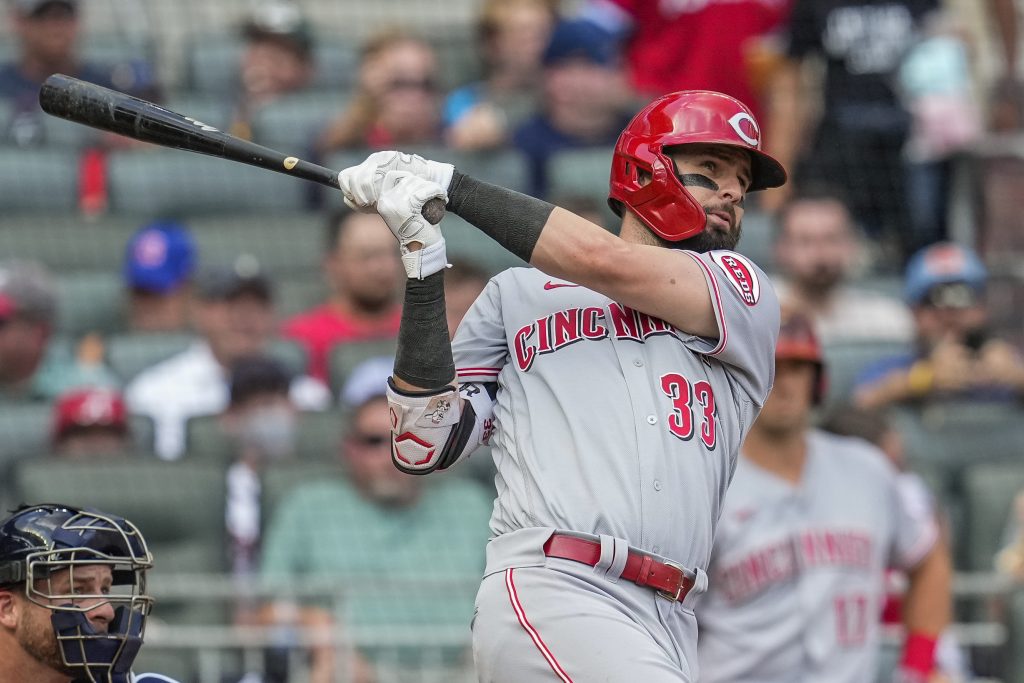 4:18pm: The teams announced the trade.

4:01pm: Ken Rosenthal of the Athletic reports (on Twitter) that the deal also contains a player to be named later. He adds that Cincinnati believes that still-unknown player “enhances” the quality of their return.

3:48pm: The Mariners are finalizing agreement on a deal that would bring in star outfielder jesse winker from the Reds, reports Jeff Passan of ESPN (Twitter link). Seattle is also acquiring third baseman Eugenio Suarezreports Mark Feinsand of MLB.com (on Twitter).

Mariners president of baseball operations Jerry Dipoto has been open about his hunt for offensive help throughout the winter. Seattle already signed reigning AL Cy Young winner Robbie Ray to a five-year contract, but they hadn’t previously done much to address their offense. . Winker now becomes that big-ticket offensive pickup, and he’s controllable via arbitration for the next two seasons.

Winker got his due as a first-time All-Star last season, but he’s quietly been an excellent hitter for quite some time. He’s had a wRC+ of 127 or better (output at least 27 percentage points above the league average) in four of his five career seasons. The former supplemental first-rounder has been particularly impressive the past couple years. Going back to the start of the 2020 campaign, he owns a .292/.392/.552 line with 36 home runs over 668 plate appearances.

Last year, he tallied 485 trips to the dish and hit a personal-best .305/.394/.556 with a strong 10.9% walk rate and a 15.5% strikeout percentage that’s more than seven points lower than the league average. Winker rarely swings and misses or chases pitches outside the strike zone, and he’s capable of doing plenty of damage when he makes contact. He posted well above-average marks in terms of barrel rate, hard contact percentage and average exit velocity.

It’s easy to see the appeal for Seattle in adding that kind of offensive firepower to a lineup. Despite winning 90 games, the Mariners didn’t have an especially productive offense last year. Seattle hitters ranked just 21st in team wRC+ (excluding pitchers) last season. They finished 22nd in total runs scored. Winker should be a massive boon to a unit that’ll need to improve if they’re to snap a 20-year playoff drought.

That said, Winker isn’t entirely without flaws. He’s limited to the corner outfield defensively, and he’s never rated favorably in the eyes of public metrics. Defensive Runs Saved has pegged him as 20 runs below average in 2,335 2/3 career innings in the corners (in addition to three runs below average in 138 innings as a center fielder). Statcast’s Outs Above Average has him at -21 plays as a big leaguer, including a -7 mark last season.

The left-handed hitting Winker also has some of the league’s most notable platoon splits. He’s been downright elite in his career against right-handed pitching (.313/.405/.556), but his numbers without the platoon advantage (.188/.305/.295) have been unimpressive. Winker’s probably not a strict platoon player — he does at least draw a boatload of walks against southpaws — but his impact has been concentrated to feast on righties.

Perhaps of more concern than any aspect of his talent, though, has been his lack of volume. Winker has gone on the injured list in every full season of his MLB career. Heading into last season, the 28-year-old had never tallied even 400 plate appearances in a big league campaign. He picked up a personal-high 485 trips last year, but he ended the season on the injured list after suffering an intercostal strain in mid-August (from which he unsuccessfully tried to return in September).

That all makes Winker a tricky player to value, but there’s little question he’ll improve Seattle’s overall offense. He’ll presumably step in as the M’s regular left fielder, joining an outfield that could feature Jarred Kelenic in field and Mitch Haniger right. Train Rookie of the Year Kyle Lewis is coming off another serious knee injury, and Dipoto told reporters (including Ryan Divish of the Seattle Times) he’s unlikely to be ready for the start of the season as they proceed with caution in his recovery. Train top prospect Taylor Trammel and utilityman Dylan Moore could be depth options behind the presumptive season-opening trio of Winker, Kelenic and Haniger. Julio Rodriguezamong the top handful of prospects in the game, mashed at Double-A at the end of last season.

Winker will probably be in the Pacific Northwest for at least the next two seasons. He’s projected by MLBTR contributor Matt Swartz for a $6.8MM salary via arbitration this year. He’ll be controllable via that process once more next winter before reaching free agency in advance of his age-30 season.

In order to entice the Reds to part with a player of Winker’s caliber, the M’s are taking on far more money than just his projected arbitration figures. Cincinnati signed Suárez to a $66MM extension in March 2018, of which three years and $35MM in guaranteed money remains. (The deal also includes a $15MM club option for 2025). Initially, that looked to be shrewd investment by the Cincinnati front office, as Suárez went on to earn down-ballot MVP support in each of the following two seasons. Yet after combining for a .277/.362/.550 line over that stretch, he’s struggled the past couple seasons.

It’s the continuation of payroll-cutting efforts for the Reds, who have signaled a desire to cut payroll for months. Cincinnati traded away Tucker Barnhart and lost Wade Miley on waivers for little to no return, in November. They listened to offers on their top starting pitchers, and they moved Sonny Gray to the Twins for pitching prospect chase petty over the weekend. This afternoon’s swap is the most notable of all, as the Reds cut Suárez’s successive $11.285MM 2022-24 salaries and Winker’s projected $6.8MM arbitration price tag from the books.