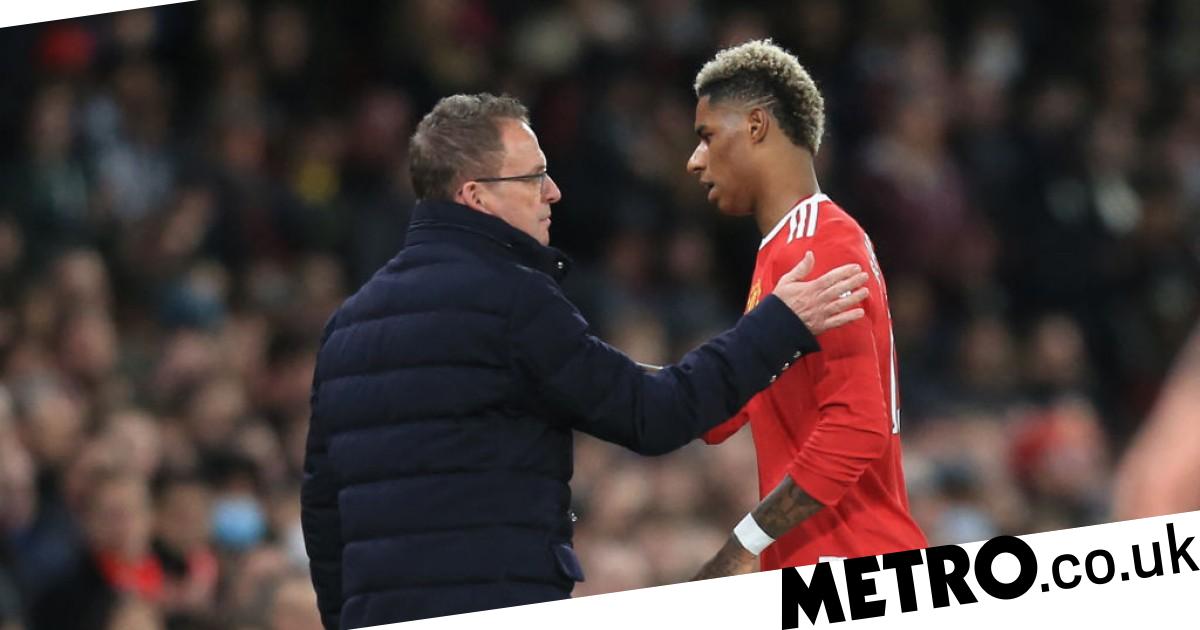 Manchester United legend Roy Keane has urged Marcus Rashford to stay at Old Trafford as it is ‘one of the greatest feelings in the world’ playing for the Red Devils.

The England forward is believed to be contemplating his future at the club after falling out of favor under Ralf Rangnick.

The German refused to entertain questions about Rashford’s future on Friday but did say if the striker wanted to leave the club this summer then he can.

Rashford was given a chance to impress from the start in United’s 3-2 win against Spurs and though he was once again below-par, it was an improvement on recent weeks.

And Keane says the forward needs to show some mental resilience to get through this tough period, because he needs to enjoy playing for one of the biggest clubs in the world.

‘He’s had a difficult few months, a lot of players do – you have your ups and downs but you get through it,’ Keane told Sky Sports before United’s win against Spurs.

‘If he simplifies his game, starts running in behind, he’ll start enjoying it again.

‘Rashford, you have to remind Marcus for all the brilliant things he has done for Man United, it’s one of the greatest feelings in the world playing for a big club. He’s got an opportunity today, the manager’s given to him, he’s got to take it.

‘Again his team making statements he’s contemplating his future, focus on the game today. It’s Spurs, Old Trafford, big game, turn up, run in behind you’ve got to make the most of that, when you get into space run. Don’t forget to run.’

Cristiano Ronaldo’s hat-trick helped United to a much needed win against Spurs, which took the club back into the top four.

A 1-1 draw in the first leg leaves the tie in the balance.

For more stories like this, check our sport page.