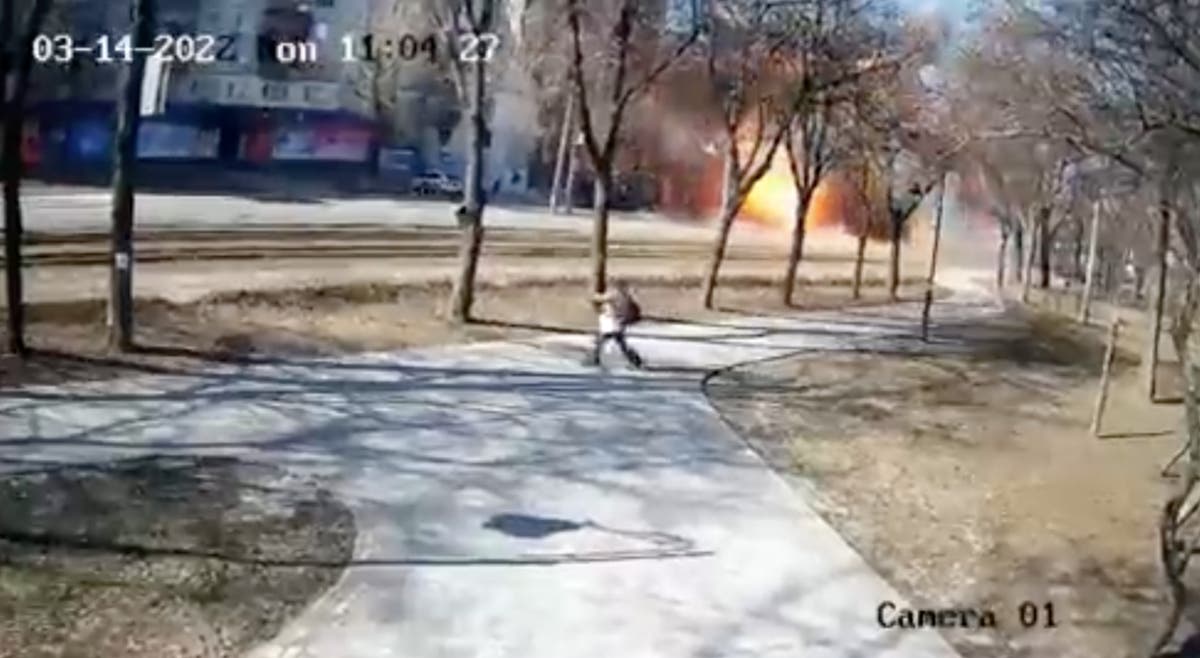 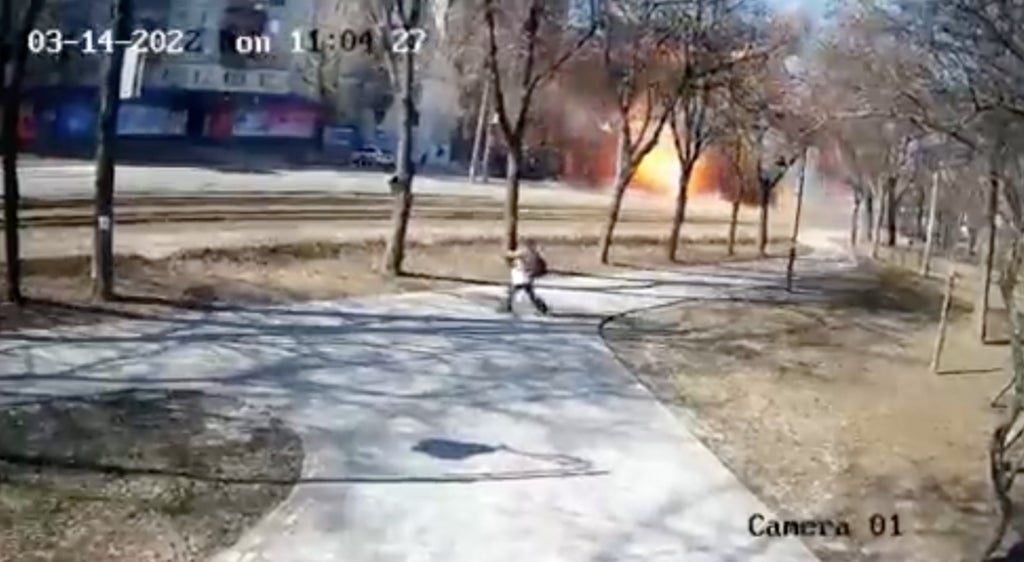 CCTV captured a man’s near-miss in Kyiv after a Russian missile exploded in front of him as he walked through a park.

Footage showed the man strolling when he suddenly stops to look up to the sky, before the projectile crashes nearby in a ball of flames. Clearly started, the man hurriedly runs away from the scene.

The missile was reportedly intercepted by Ukraine’s air defenses by destroyed a tram and hit part of a residential building.

The incident was first shared on Twitter by Illia Ponomarenko, a defense reporter with The Kyiv Independent.

Monday morning’s assault came as Russia intensified attacks on the Ukrainian capital, which left one person dead, three hospitalized and nine needing to be treated at the scene.

A nine-storey apartment block was hit earlier in the day, killing one and injuring a dozen.

Ukrainian forces have said they shot down four planes, three helicopters and numerous “unmanned aerial vehicles” in the previous 24 hours.

Russian troops are edging closer to the city and have maintained their siege of the southern city of Mariupol, where official reports say nearly 2,500 people have been killed.

Following the morning’s attacks, President Volodymyr Zelensky delivered a speech via video, promising Ukrainians that everything would be rebuilt after the conflict.

He said: “We will restore everything – every street of every city, every house, every apartment of every Ukrainian.”