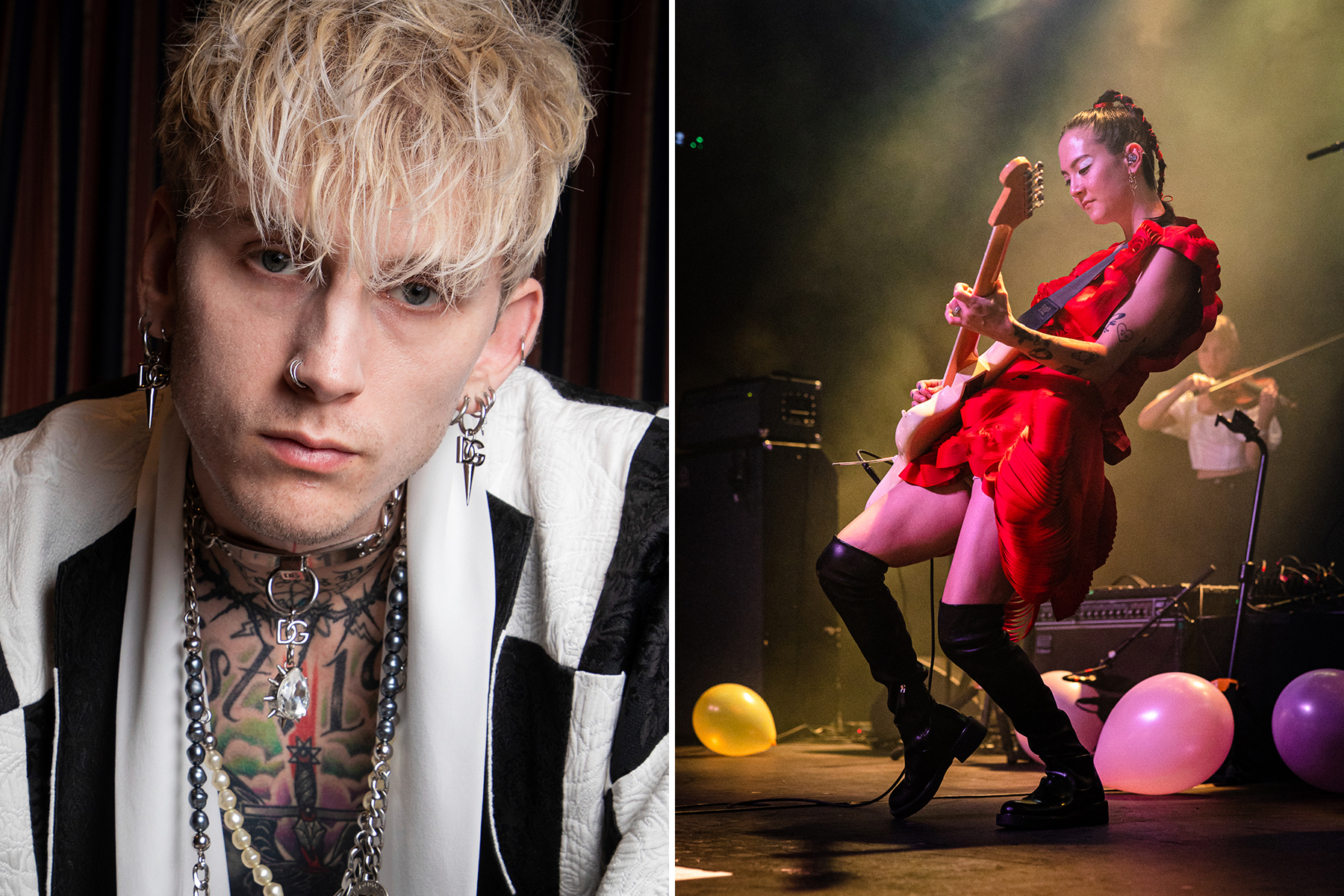 Outside of the music itself, one of the most dazzling aspects of Japanese Breakfast’s 2021 album Jubilee is the cover art, which features Michelle Zauner festooned in persimmons.

“Persimmons are pretty present in a lot of Asian cultures, as gifts that you give to people,” Zauner told RollingStone last year. “I had seen an image of these hanging persimmons that are dried during the winter and turned into sweet, dried fruit. And I really like the idea of ​​this very bitter, hard fruit before it’s ripened — on display and slowly maturing and turning sweeter and letting its environment impact it. It felt like a very fitting metaphor for where I’ve come from.”

On Monday, Machine Gun Kelly revealed the album cover for his upcoming LP Mainstream Sellout. MGK and Zauner don’t share a ton of similarities — save for tattoos — but now we can add cover art to the circle of commonalities in their Venn diagram.

Instead of people, Mainstream Sellout features an array of mauve tomatoes being smashed on the wall, while MGK poses with his guitar. We already cited 2021 as the Year of Fruit, but we’ll always welcome more produce content.

Mainstream Sellout arrives on March 25, and so far MGK has dropped two singles leading up to its release: “Ay!” featuring Lil Wayne and “Emo Girl” with Willow. He also dropped the tracklist, which you can check out below.