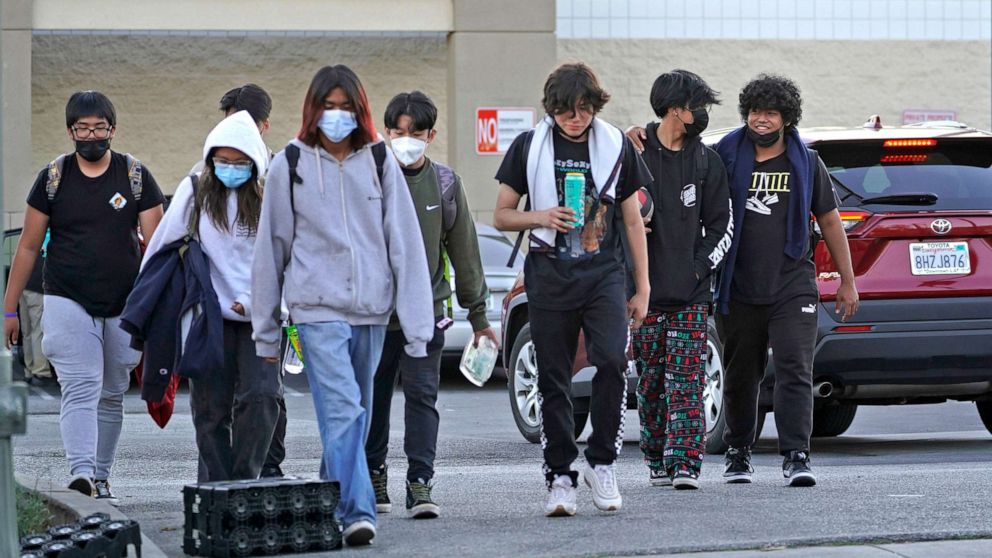 The county’s teachers’ unions have been in strong support of mask mandates.

Several K-12 schools across the state dropped their face covering requirements Monday after the state lifted its mandate over the weekend.

Last month, Los Angeles County Public Health said it would follow the state’s move and allow the 80 school districts in the county to decide whether or not they want to keep mask mandates.

LAUSD, the second-largest school district in the country, said it does not want to drop the mask requirement yet as it works towards a plan with partners, including teachers’ unions, to move away from mandates and towards “strongly recommending” masks indoors .

“​​The science that informed the on-ramp to the protective protocols currently in place, which have ensured the well-being of our students and workforce, must, too, inform the off-ramp as health conditions improve,” LAUSD said in a statement on Twitter Friday.

“Los Angeles Unified continues to take a science-based approach to COVID-19 policy and is currently working with labor partners and other stakeholders to transition from required indoor masking to a strong recommendation for indoor masking,” the statement continued.

LAUSD did not indicate when its mask mandate might be lifted.

COVID-19 cases and hospitalizations in California have been declining for several weeks as the omicron wave tapers off.

As of March 11, the seven-day rolling average for cases was 4,625, according to the Centers for Disease Control and Prevention, the lowest number recorded since Dec. 1, 2021, before the omicron wave.

Similarly, the seven-day average for virus-related hospitalizations in The Golden State sits at 319, a figure not recorded since July 19, 2021, CDC data shows.

However, parents are divided on the mandate with some saying it’s time for masks to be removed and others still worried about a potential rise in cases.

“I want them to keep it on. I do, personally,’ another parent, Claudia Angulo, told KABC. “Why? Because it’s still out there, the virus, just to be safe.”

Ending mask mandates have received some pushback from teachers’ unions.

LA County public health officials made the announcement last month regarding the end of mask mandates, United Teachers Los Angeles said in a statement it would be “premature” to drop such requirements.

“The district has requested to bargain with UTLA over health and safety protocols currently in place at LAUSD schools,” a spokesperson for the union told ABC News in a statement. “We met with the district on Friday for an initial discussion over their proposed changes, and a follow-up session is scheduled for Wednesday, March 16.”