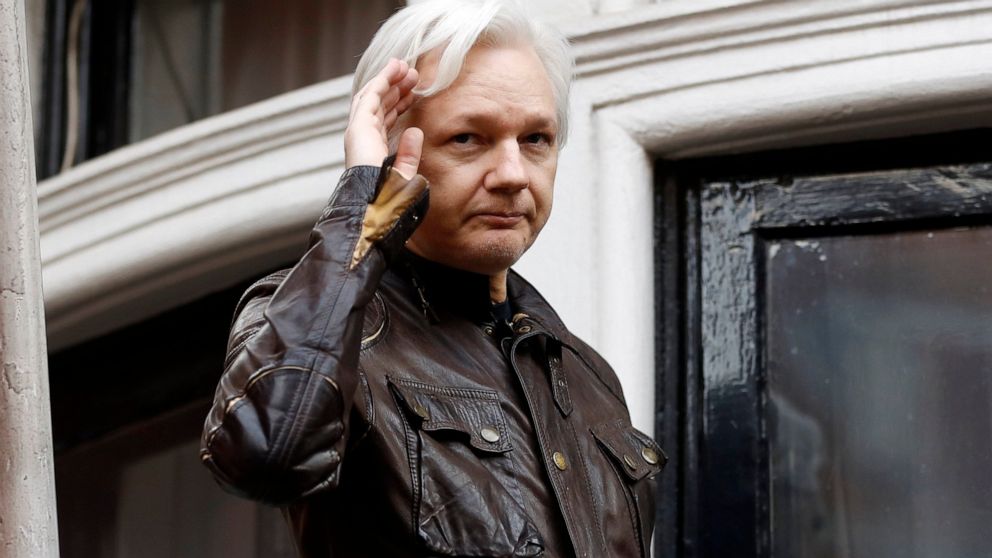 LONDON — Britain’s top court on Monday refused WikiLeaks founder Julian Assange permission to appeal against a decision to extradite him to the US to face spying charges.

The court said it refused because the case “didn’t raise an arguable point of law.”

Assange, 50, has sought for years to avoid a trial in the US on a series of charges related to WikiLeaks’ publication of a huge trove of classified documents more than a decade ago.

The case is now expected to be formally sent to British Home Secretary Priti Patel, who will decide whether to grant the extradition.

A British district court judge had initially rejected a US extradition request on the grounds that Assange was likely to kill himself if held under harsh US prison conditions. US authorities later provided assurances that the WikiLeaks founder wouldn’t face the severe treatment that his lawyers said would put his physical and mental health at risk.

In December, the High Court overturned the lower court’s decision, saying that the US promises were enough to guarantee that Assange would be treated humanely.

Monday’s news narrows Assange’s options, but his defense team may still seek to take his case to the European Court of Human Rights. Nick Vamos, the former head of extradition at the Crown Prosecution Service, said Assange’s lawyers can also seek to challenge other points that he had lost in the original district court decision.

Barry Pollack, Assange’s US-based lawyer, said Monday that it was “extremely disappointing” that Britain’s Supreme Court is unwilling to hear the appeal.

“Mr. Assange will continue the legal process fighting his extradition to the United States to face criminal charges for publishing truthful and newsworthy information,” he said.

Assange’s British lawyers, Birnberg Peirce Solicitors, said they can make submissions to the Home Secretary within the next four weeks, ahead of her making any decision.

But supporters and lawyers for Assange argue that he was acting as a journalist and is entitled to First Amendment protections of freedom of speech for publishing documents that exposed US military wrongdoing in Iraq and Afghanistan. They argue that his case is politically motivated.

If convicted, Assange’s lawyers say he could face up to 175 years in jail in the US, though American authorities have said the sentence was likely to be much lower than that.

Assange has been held at Britain’s high-security Belmarsh Prison in London since 2019, when he was arrested for skipping bail during a separate legal battle. Before that, he spent seven years inside the Ecuadorian Embassy in London to avoid extradition to Sweden to face allegations of rape and sexual assault.

Sweden dropped the sex crimes investigations in November 2019 because so much time had elapsed.

Assange’s partner Stella Moris, who has two young children with him, said Sunday they have been given permission to marry in prison later this month.

Eric Tucker in Washington and Danica Kirka in London contributed to this report.