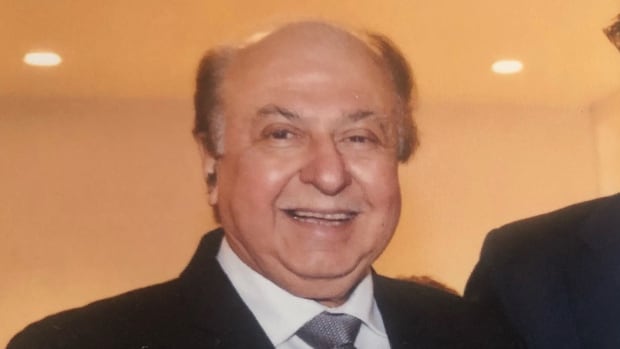 John Halani, Uganda’s former honorary consul in British Columbia and a well-known leader of Vancouver’s Ismaili Muslim community, is remembered as a kind-hearted man after his passing two weeks ago. He was 85 years old.

Halani died on May 2 after a brief illness, according to a family member. He arrived in British Columbia in 1972 after escaping persecution from Idi Amin’s diet in Uganda.

He was heavily involved in assisting in the resettlement of Ugandan refugees and immigrants here in Canada, and was also honored by the spiritual leader of the Ismaili community for his services to this cause.

“He was a giant man. A big man with a big heart, kind and compassionate,” said Farouk Verjee, a close friend of Halani and another member of the Ismaili community.

“If I can use Jewish terminology – in Yiddish he was a ‘mensch’. He treated everyone with kindness and compassion.”

Halani arrived in Vancouver as a 35-year-old business owner in 1972. His assets had been confiscated by Amin’s regime as he left Uganda.

He immediately got involved in business upon his arrival in Vancouver, according to Verjee.

Farouk Verjee joins us to talk about John Halani, his friend of almost 50 years. Halani was a pillar of the Ismal community, who died this month at the age of 85.

He first got a job with a glass company, then was able to rent the Robsonstrasse Hotel in downtown Vancouver. Soon after, in 1975, he was running the Tropicana Hotel across the street.

He pursued an active political career, including being appointed Honorary Consul of Uganda to British Columbia, and was involved with the Immigrant Services Society of BC and other advocacy groups.

“Oddly enough, our family owned the hotel next door to his – the Gifford Hotel,” Verjee told CBC host Gloria Macarenko. On the coast. “Our journey continued here in Vancouver.”

Although Verjee only met Halani once when they were both in Vancouver, they shared a deep bond stretching back generations.

“John and my sister lived in the same building in North Vancouver, and he invited her over for tea one day,” Verjee said. “When she walked into her living room, she saw a picture of John and my father laying the foundation stone for a school in Masaka, John’s home town.

“That’s when John realized who my sister was. Serendipity!” laughed Verjee.

In addition to his advocacy efforts, Halani has been honored for his work within the Ismaili community by the Aga Khan, spiritual leader of the Imami Ismaili Shia Muslims. He received the title of spoke, which means “respected”.

“I remember the Aga Khan once said: the Prophet Muhammad said, ‘Do business with conscience,'” Verjee said. “We all want to make money and more money, but what do we take with us?

Verjee said there are plans in the fall to commemorate the 50th anniversary of the arrival of Ugandan refugees in Canada, and that there will likely be consensus then on how best to honor the legacy of Halani.