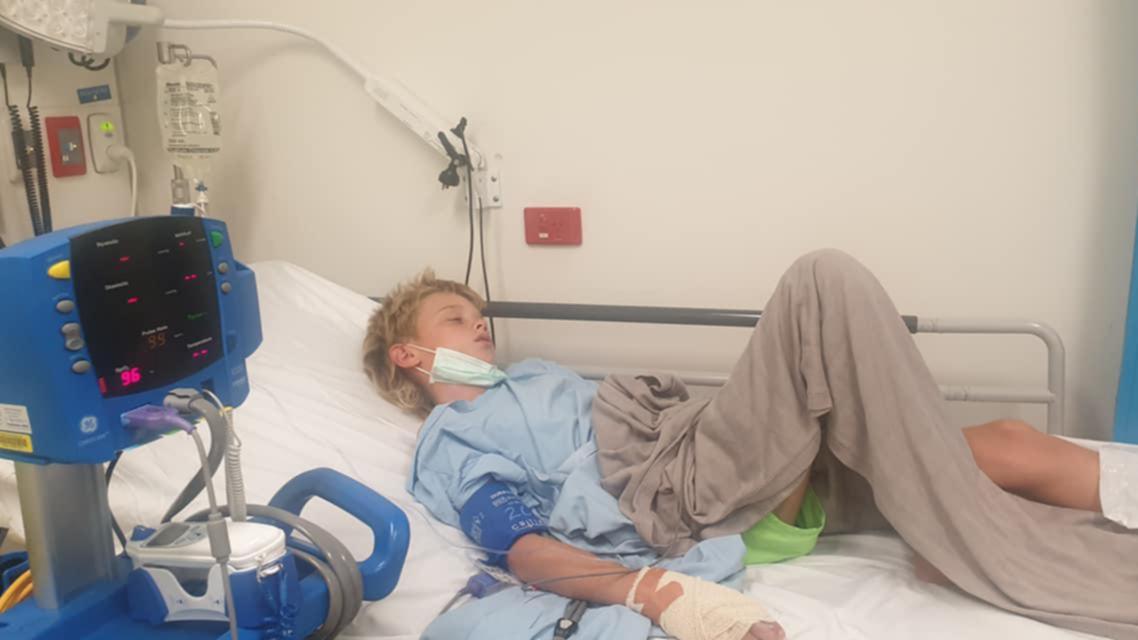 A Perth mother has spoken out about the terrifying few days her son became violently ill with COVID which forced him to be kept in hospital for three days with an extremely high fever.

Jasmine Evans agreed to share her son’s story in an effort to warn and encourage parents to get their children vaccinated against the virus sooner rather than later.

Ms Evans’ son Tyson, 12, became seriously ill on Wednesday. After she received a phone call from her son’s school that day, he was swiftly whisked to St John of God Hospital in Midland for urgent medical treatment.

A subsequent PCR test in the hospital showed that he was COVID positive. He suffered a fever of 40 degrees, vomiting and his heart rate reached 200 beats per minute during his hospital stay. He was kept in a bubble ventilation hood for part of his treatment.

“For all the parents out there (just like me) holding off from getting their kids vaxed, just thought I’d urge you to do so,” Ms Evans posted on Facebook over the weekend.

“I was worried about him being unwell after getting jabbed, but he would have been better than what he has just been through.”

Ms Evans told The West Australian the three days her son spent in hospital were scary.

“It was terrifying to be honest,” she said.

“I was very on the fence about whether to vaccinate my child or not because there was not a great deal of feedback on how kids were coping with it. I got very sick myself when I had my COVID shots so I was very unsure about whether to do that to him or not.

“But after this has happened, I just wish I had done it.

“He’s an incredibly healthy kid and plays every sport imaginable and he’s never really been sick before.

“I just hope that parents who aren’t sure (about vaccination) can be sure now.

“Just vaccinate your kids. This isn’t a joke.”