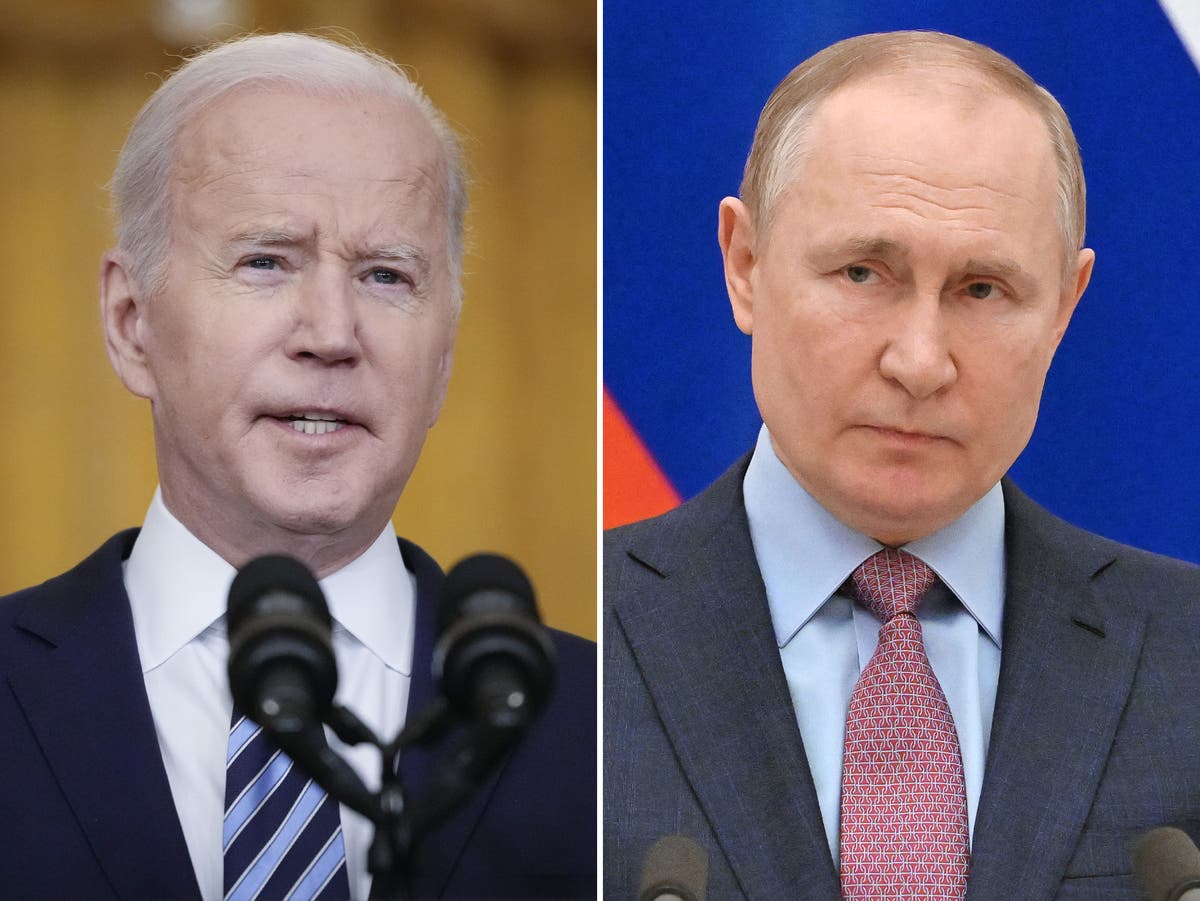 EEvery day there are more indications.

We are told, but later denied, that US intelligence was used by Ukraine to assassinate no less than 12 Russian generals.

We learn, and it is confirmed, that the United States helped the Ukrainians locate and identify the Russian flagship, Moscva, which Ukraine later sank, in an embarrassing blow to Moscow.

We know that the United States is about to send about $14 billion in military aid and other forms of assistance to help Ukraine fend off Russia, and that President Joe Biden has asked the Congress to approve $33 billion.

We know that Washington wants to officially degrade the Russian military so that it cannot repeat what it did to Ukraine. We also know that Mr. Biden said that Vladimir Putin was a war criminal who “should not stay in power”.

And those are just the things we know.

Despite this, the White House continues to insist that the United States is not engaged in a proxy war with Russia.

“This is not a proxy war,” White House press secretary Jen Psaki told reporters this week, saying the question she was being asked to answer was a Russian talking point.

“It’s a war between Russia and Ukraine. NATO is not involved, the United States is not fighting this war.

She added: “So I think it’s important and vital for all of us not to repeat the Kremlin talking points on that front.”

Norman Naimark, professor of Eastern European studies at Stanford University and senior fellow at the Hoover Institution, says The Independent, he does not think that what is happening in Ukraine is a proxy war. He said it was an insult to Ukrainians to suggest it.

“A proxy war is when someone who is fighting does what you want,” he says. “That’s not what’s happening in Ukraine. They do the fighting.

He said the United States has said it wants to reduce Russia’s ability to fight this type of combat. “And there’s nothing wrong with that, helping Ukraine,” he said. “But they are not fighting for us. They fight for themselves. »

Russia certainly asserted that the United States was engaged in a proxy war.

Sergei Lavrov told Russian state media: “NATO, in essence, is engaged in a war with Russia through a proxy and is arming that proxy. War means war.

It is not just Russian ministers like Lavrov who disagree with the White House and believe that the conflict in Ukraine, now entering its third month, has taken on all the characteristics of a war by proxy.

And for all the Biden administration’s insistence that he doesn’t want American boots on the ground and is seeking to defuse the conflict, many people have warned that the United States and NATO are risking a response. even bloodier from Russia, if Mr. Putin feels trapped – potentially with the use of nuclear or chemical weapons.

Some said it was essential that the United States seek to stop the pressure and push for a negotiated settlement.

Former Democratic MP Tulsi Gabbard, who in 2019 launched a campaign to become the party’s candidate for president, was among the most outspoken.

Speaking this week on Fox News, she said the Biden administration has “already dragged us into a war with Russia and not just a cold war but a hot war, and they’re using Ukraine as a proxy.”

She added that Lloyd Austin, the country’s defense secretary, had spelled Washington’s arms during a visit to Ukraine and then Poland, saying the United States wanted to see Russia “weakened to the point that it can’t do the kind of things it does in invading Ukraine”.

There is no fixed or agreed definition of a proxy war, which further complicates the debate.

In the past, it has been used in cases such as the conflicts in Vietnam, where the United States sought to push back the power of two communist nations, China and the Soviet Union, which supported North Vietnam, against South Vietnam, which was backed by Washington.

The war lasted for years with the deaths of hundreds of thousands of people on both sides and a policy of public dishonesty on the part of the United States regarding its actions and objectives.

After the Soviet Union invaded Afghanistan in 1979, the United States allied with Saudi Arabia and Pakistan, as well as Britain, to support and arm Mujahideen fighters against the invading forces. This effort is widely seen as having dangerously emboldened Islamist fighters, including Osama bin Laden.

John Mearsheimer, a longtime political and strategic analyst, also argues that the United States seems to have clearly changed what it wants from the conflict. Initially, he said, it seemed the United States was focused on helping Ukraine to “thwart the Russian offensive.”

He told PBS News that his focus seemed to have changed as Ukraine had done better at countering Russia.

“When it became clear that the Ukrainians were doing very well on the battlefield against the Russians, we escalated and eventually dramatically intensified our goals,” said Mearsheimer, author of several books, including The tragedy of great power politics, and who is a professor at the University of Chicago.

“And we are now determined to inflict a decisive defeat on the Russian forces in Ukraine, in other words, to defeat them decisively on the battlefield and, in addition, to destroy the Russian economy with sanctions.”

He added: “All of this is designed to significantly weaken Russian power. Secretary of Defense Austin made that very clear. And, in fact, you could say that what he and his colleagues in the Biden administration are interested in doing is pushing Russia out of the ranks of the great powers.

But Sarah Petrin, a former NATO adviser who has long worked to help civilians in conflict zones, said she thought it was clear the United States was not trying to get more involved. .

“The reluctance to engage them militarily is evident in the restrictions on the type of weapons offered and the absence of any committed air or ground defenses,” she said. The Independent in an email

“The risk of escalation is that more people would be killed and civilian infrastructure could be further damaged.”

She added: “Furthermore, the risk of the conflict spreading to other parts of Eastern Europe is something the United States and NATO have tried to avoid.”