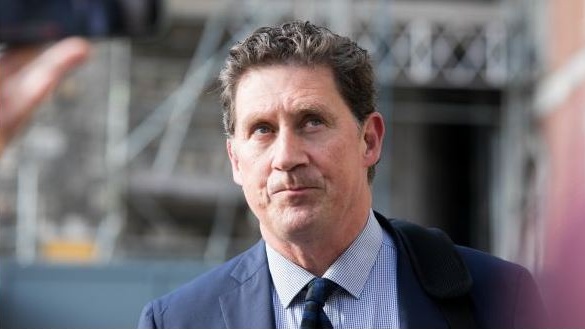 A tanker with Russian oil on board which has docked in Dublin Port will not be turned away, Minister for Transport Eamon Ryan has said.

The tanker, the STI Clapham, is registered in the Marshall Islands, a sprawling chain of volcanic islands and coral atolls in the central Pacific Ocean, between Hawaii and the Philippines.

It is understood to have left Russia on March 3rd and arrived in Ireland on Sunday night, having first docked in the UK last Wednesday.

Having completed unloading its cargo for Dublin, it is expected to leave Dublin Port on Tuesday.

While there are a widespread sanctions against Russia and the assets of Russian oligarchs following that country’s invasion of Ukraine, Mr Ryan said oil was not on the list of sanctions agreed by the EU.

The Department of Transport has told ports, in the interests of clarity, that “there are no prohibitions on the import into the EU of goods from Russia, nor on goods sourced in Russia”.

Mr Ryan said he accepted the concerns of members of the Siptu trade union at the port who would be asked to unload the oil from the ship.

But Mr Ryan said there “would not be any legal basis to refuse” the delivery.

Siptu had called on the Government and/or Dublin Port to prevent the oil tanker berthing in the port.

The acceptance of the Russian oil in Ireland comes as another Marshall Islands-flagged tanker, the Elli, which had been bound for the United States from Russia, is now sailing toward the Spanish enclave of Ceuta on Morocco’s northern coast.

US president Joe Biden has imposed an immediate ban on Russian oil and other energy imports following the invasion of Ukraine. Greece-based Halkidon Shipping Corp, which manages the Elli, told Reuters the vessel “was instructed by her charterers to remain and await orders off Gibraltar, while en-route from Novorossiysk, Russia, to the US gulf coast”.