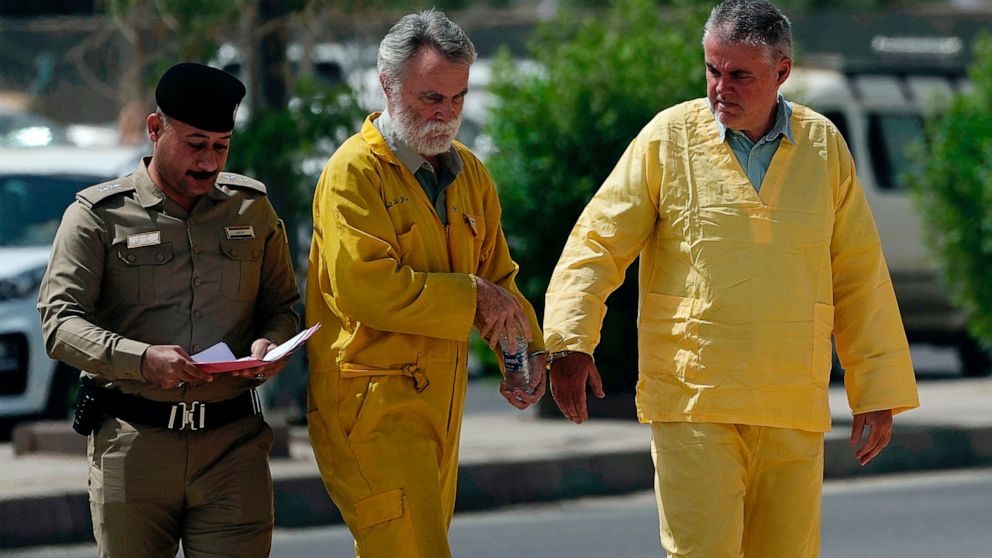 BAGHDAD — An Iraqi court on Sunday postponed the trial of two European tourists accused of antiquities smuggling after their lawyers argued that more information was needed about ancient fragments found in their possession.

German national Volker Waldman’s defense team filed a motion in court saying there was not enough information about the value of the coins Iraqi officials found on him. He was charged alongside Jim Fitton, 66, a retired British geologist.

The Baghdad Criminal Court adjourned the case to June 6.

Furat Kubba, Waldman’s defense attorney, said he initiated the motion in part to get more information about the historical significance of the exhibits found in his client’s possession.

A government technical team concluded that the items – 10 pieces found in Fitton’s possession and two in Waldman’s possession – could be classified as archaeological pieces because they date back more than 200 years. The shards, some as small as a fingernail, were recovered from Eridu, an ancient Mesopotamian city in southern Iraq.

Waldman’s defense team said the German tourist was carrying the parts for Fitton but did not retrieve them from the site. Both men are charged with smuggling under the country’s antiquities laws and could potentially face the death penalty. However, officials said that was only a remote possibility.

Kubba said they would seek to have Waldman and Fitton tried separately. The pair said they were unaware of Iraq’s antiquities smuggling law or that there would be penalties for picking up or attempting to leave the country with the items.

Fitton and Waldman were arrested March 20 at Baghdad International Airport when airport security discovered the items in their luggage. They had been part of a tourist expedition through the ancient sites of the country. Their case has captured international attention at a time when Iraq hopes to boost its nascent tourism sector.