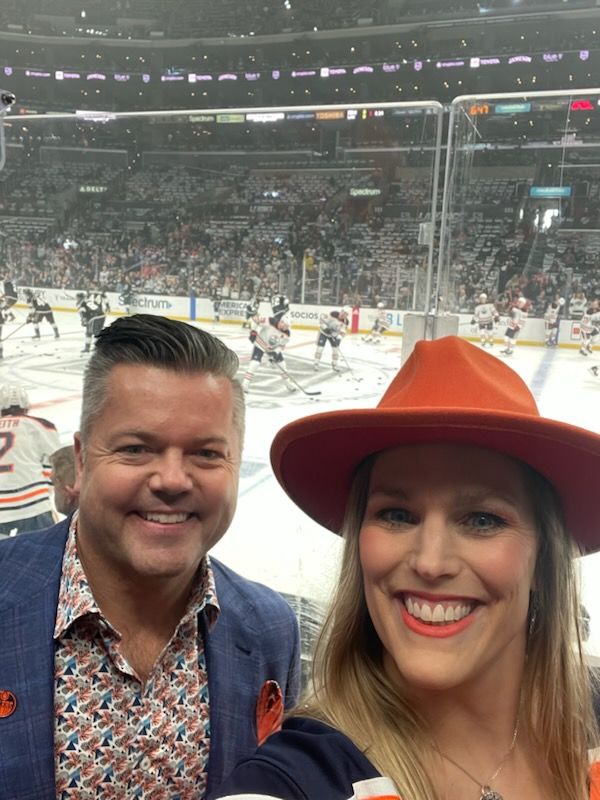 It was a Friday night to forget for most fans at the Crypto.com Arena in Los Angeles, but not for Rob Kinsey from Edmonton.

The electrical construction manager and his wife, Lana, were among Oilers fans who made the weekend trip from Alberta to Southern California.

“There were a lot of Oilers fans,” he said the day after the team’s resounding 8-2 victory in Game 3. “They were everywhere.”

“As long as you go with a good attitude and are friendly and let a few things roll off your back, you’ll have a great time.”

The score may have helped, but the home fans were welcoming, Kinsey said.

“They were really good,” he said of Kings fans. “We didn’t have anyone, not a single person, who was anything else.”

Kinsey, 45 and a lifelong fan of the team, estimates he spent about $5,000 on flights, accommodations and two tickets behind the Oilers’ bench for Games 3 and 4 on Friday, Sunday.

“It wasn’t too difficult,” he said of securing prime seats through Ticketmaster’s resale site.

“The cost was like half of what they would be in Edmonton.”

It was a playoff trip to Anaheim in 2017 that convinced him that behind the Oilers bench was the only place to look.

“I looked at my phone and literally got about 200 text messages because we were on TV.”

The pews off the bench may have also spawned a new playoff superstition when his wife threw her orange hat on the ice to score Evander Kane’s hat-trick in the third period on Friday night.

“One of the Oilers picked it up and threw it over the bench,” he said, calling the orange hat a new lucky charm.

“This hat takes us straight to the Stanley Cup Finals.”

Kinsey, his wife and the lucky hat will compete in Game 4 in Los Angeles before returning home on Monday, intending to be at Rogers Place for Game 5.

And he’s already booked behind-the-bench tickets for Game 6 in California if needed.

“Hopefully we won’t need it and I don’t have to worry about it.”

Edmonton hasn’t gotten its streak yet, but it’s already gearing up for a second-round game against the Calgary Flames or the Dallas Stars, and another Oilers road trip.

“I’d rather go to Texas than Calgary,” he says. “If it’s Texas, you’ll definitely see us behind that bench.”

It will be another leg of the journey he hopes to complete with the Oilers lifting the cup in a few weeks.

“I sincerely believe they have a real chance,” he said. “I really believe this team could go all the way.”

Sign up to receive daily headlines from the Edmonton Journal, a division of Postmedia Network Inc.