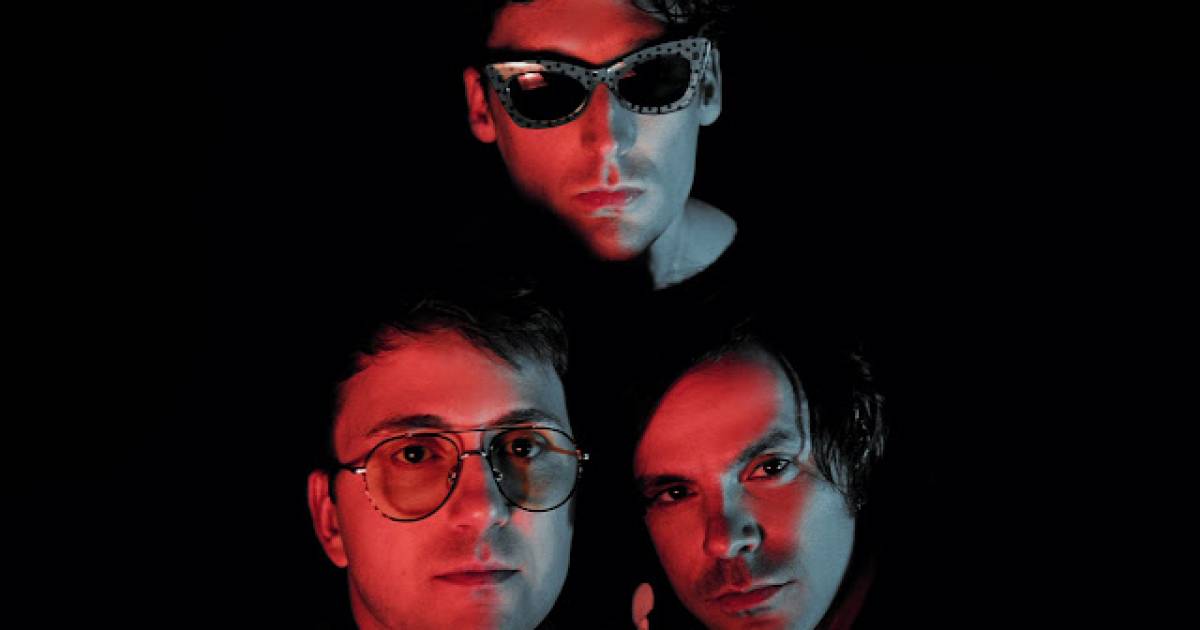 Because that would be dishonest, Zachary Gray won’t claim that guitar-based pop music has never been more revolutionary or fashionable than it was in the 2020s. But he will readily suggest that in some ways he couldn’t be happier living in a time when hip-hop is king and EDM rules the clubs and the charts.

There’s a reason for a positively crackling energy on the line as he talks about the Zolas’ fourth studio album, reborn. Working without longtime keyboardist and collaborator Tom Dobrzanski for the first time, Gray found himself in new territory during the writing process. And, at the same time, as he searched for a way forward with drummer Cody Hiles and bassist Dwight Abell, he became obsessed with the past.

“Once Tom officially left the band, the three of us realized it was a chance for us to make the kind of music we had always wanted to make,” Gray recalled. “And it was basically Britpop music. We thought it was hilarious to want to make Britpop music when there was nothing less cool than that. Right now, it couldn’t be any less stylish, and that makes us all the more excited to do it.

First sessions for the record that was to become reborn the Zolas embraced their inner fans of legends like Oasis, Blur, Supergrass and Suede.

“And then we moved into the studio and completely let loose on what sounded like Britpop songs with production elements stolen from other types of music that were happening around the same time in the same part of the world” , notes Gray. “So whenever we had an electronic element, we tried to steal a sound from the Prodigy, Primal Scream or Happy Mondays. And it was super fun. I felt like I hit a sound that no one is doing right now, and that we really like. It was like, ‘This could fail catastrophically, and I’ll still be very happy.’ ”

The Zolas have every reason to be not only happy but delighted with reborn, a record that gives an affectionate nod to a legendary golden age of British music in the mid-90s, but still somehow feels extremely fresh and current. Things start with the fantastically drugged and deliciously bass-heavy double shot that is “Violence On This Planet” and “Yung Dicaprio”. The Zolas happily unleash the champagne-supernova guitars for “Miles Away” and “I Feel the Transition,” but sound just as comfortably down to the dancefloor with an electro-dub thumper like “Reality Winner.”

Laughing, Gray suggests that a good elevating pitch for the album would be “somewhere between the Trainspotting and Romeo + Juliet soundtracks”. Consider it a warning that while he understands the straightforward brilliance of “Wonderwall,” he also has an endless love for the atmospheric adventure of acts like Tricky, Massive Attack, and Portishead.

“At the beginning of 2019, I told people that I was trying to write the next ‘Wonderwall’,” the singer shares with a laugh. “It was 50% as a joke – actually more than 50% as a joke because no one was asking for the next ‘Wonderwall’. And it would have been an impossible task anyway. But it was my mission, and it brightened things up. I didn’t think I would actually do it, but then we wrote “Miles Away,” and it was like, “This is as close as it gets.”

“I’ve always loved the Gorillaz and everything Damon Albarn does,” Gray continues. “And anytime you can steal dub loops and beats, you’re going to end up going that direction, especially if you sing over them in a breathy way. So ‘Violence on This Planet’ has a real Gorillaz vibe to me. I’ve always believed that scamming people you look up to is one of the most fun ways to write music – to steal the music that moves you, but make it your own.

If there’s a way for the Zolas to really own things reborn it’s the lyrics. Instead of revisiting an era of bucket hats, cigarettes and booze, and girls wanting boys who like boys to be girls, Gray decided there were issues — some as big as they were heavy — that he wanted to settle. On this front, the Zolas tackle everything from global wealth inequality (“I Feel the Transition”) to Canada’s historic mistreatment of its Indigenous communities (“Wreck Beach/Totem Park”) to real estate prices that have driven young creatives out of Vancouver (“bombs away”).

Gray is perhaps most devastating on “PrEP,” a techno guitar blast inspired by a Reddit thread where users revisited what it was like to live through the ’80s AIDS epidemic. The singer is the son of famed Vancouver playwright John MacLachlan Gray. And like many creative communities, the theater scene was hit hard by AIDS when it first hit North America.

“My dad was in the theater, so in a lot of baby pictures I’m being held by friends of his that I don’t recognize,” Gray says. “One day I asked him about them, and it turned out they were all gone. They probably disappeared within five years of the photos being taken. Now, miraculously, HIV is totally manageable and it pisses me off that we’re not all out there celebrating the light at the end of such a long and dark tunnel.

But as much as the Zolas are not afraid to go further reborn, what ultimately stands out is that the band seem just as thrilled to be alive and making music as Blur did on “Song 2.” And, while that may sound like hyperbole, it is anything but.

“This whole Britpop movement was one of the most exciting musical times of my life,” says Gray lovingly. “And I don’t hear it these days. For me, the golden rule is “Make the music the world needs to hear”. In fact, it’s too altruistic. It’s more ‘Make the music that would piss you off if you heard it for the first time’.
Guitar-music may be in one of its dormant periods, he admits, but that’s nothing new. From Elvis Presley taking the throne in the 1950s, to the White Stripes obliterating the world from techno and rap-rock in 2000, popular music has always been marked by palace revolutions. And, usually, things get calmer before the storm.

“We’re in a world that’s so pop-driven and pop music isn’t cool,” Gray says. “And it’s kind of wonderful to think that not many people like guitar music. It’s like a little subculture, like in the beginning. And that kind of makes it awesome again.