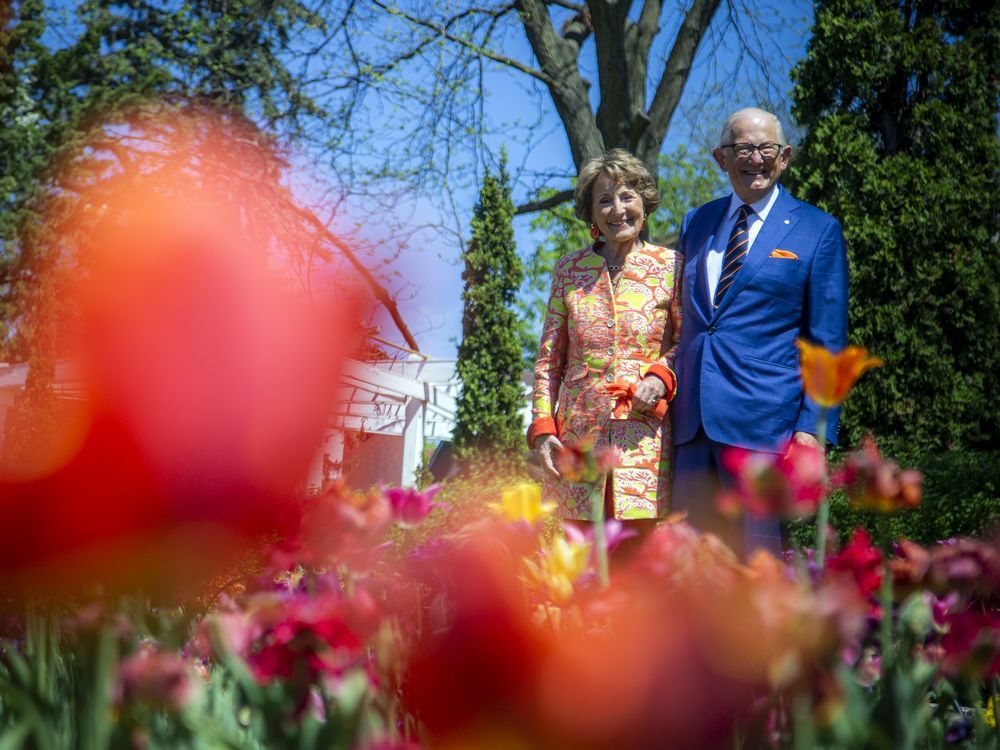 Princess Margriet from the Netherlands opened the Tulip Festival on Saturday by expressing her sadness for the Russian invasion of Ukraine while paying tribute to the Canadian freedom fighters who liberated her country during World War II.

“We never thought we would see another war in Europe, but (the act) of Russian aggression of an independent sovereign state proves us terribly wrong,” Princess Margriet said in a speech about four minutes during the opening ceremony of the festival at Commissioners Park. with hundreds of spectators.

“It brings home the war, as well as the realization of how vulnerable our freedom is. All the more reason to commemorate and celebrate our precious freedom, which has cost so much. »

Princess Margriet said she was “delighted” to be in Ottawa again with husband Pieter van Vollenhoven after their planned visit two years ago was delayed due to the COVID-19 pandemic.

“Canada welcomed my family during World War II,” she said. “It’s my home country and it’s my second home.”

Princess Margriet was born at the Civic Hospital in 1943 when her family was brought to safety in Ottawa. The Dutch royal family sent tulips to Ottawa after the war as a token of appreciation to Canada.

Each May, blooming flowers remind young Canadians “of the heroic role veterans played during the Second World War in bringing us lasting freedom,” said Princess Margriet.

Ottawa’s tourism industry could be in full bloom again with the return of live events.

Unusually warm temperatures in mid-May drew huge crowds around Dows Lake. Families gathered under the shady trees having lunch as shutters leaned over the flowerbeds to get close-ups of the other star attraction – rows of colorful tulips.

It was also the return of the aroma of the festival.

People feasted on poutine, hot dogs and beavertails at picnic tables, while others strolled along the flowerbeds, delicately tearing off pieces of pink cotton candy. A queue for soft ice cream was over 20 people during lunch hour.

For some, it was a perfect time to protest.

There were people in the crowd with placards criticizing the future location of the Civic Hospital, about 200 yards west of where Princess Margriet spoke. The new hospital will devour part of the Central Experimental Farm and all of Queen Juliana Park, which is named after Princess Margriet’s mother.

Josie De Meo sat in the front row of a flowerbed, her chair nestled against the edge of the garden, a small canvas in one hand and a paintbrush in the other.

De Meo, a local art educator, has been going to the tulip festival for more than 20 years, but she said it was hard not to come to the festival in the first year of the pandemic when public health restrictions took hold. forced the events to cancel in- person activities.

Saturday’s opening ceremony of the Tulip Festival, which is the unofficial kickoff to Ottawa’s festival season, was a signal that the city is waking up from its pandemic slumber.

“You can feel the energy of people. It’s like freedom, De Meo said.

“All of a sudden everyone is out of their homes, and it feels good.”