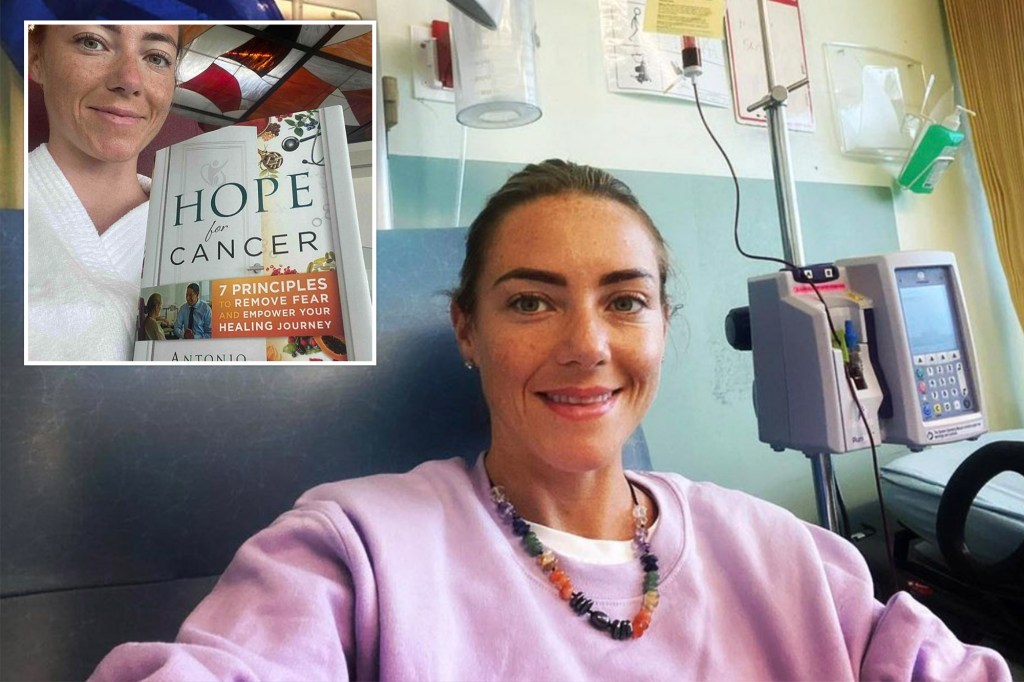 A woman’s incurable cancer was dismissed by docs as a stomach ache for three years.

Laura Gilmore Anderson was eventually diagnosed with Neuroendocrine, a rare form of the disease that started in her pancreas.

Laura, 34, had repeatedly been to the GP complaining of stomach issues — fearing it could be affecting her and her husband, Paul’s, efforts to conceive.

She told The Mirror: “I was in and out of the GP with lots of lower abdominal pain and lower back pain.

“I was always missing work and we were trying to conceive after we got married in 2018.

“You’re explaining that to the GP and I just thought there was something wrong with me, something related to ovaries or something like that. But they never investigated more early on.”

She claims doctors told her it was some sort of viral infection, and rarely looked further into the issue unless she pushed them to.

And during Covid as the world locked-down, Laura said she was in “agony” and “in and out of A&E”.

An ultrasound revealed Laura, originally from Ireland, and now living in Edinburgh, had a swollen spleen.

But she said medics just advised her that since she was young, fit and healthy, the issue should resolve itself.

The 34-year-old said it was such a battle to be taken seriously that she would choose to go to A&E rather than try to see a GP – because she felt like her health issues were taken more seriously at hospital.

Eventually, doctors concluded she may have endometriosis and referred her to a fertility clinic.

Laura said: “I didn’t give up, I had to go back into A&E for a third time and had an ultrasound and met a radiologist and they saw a shadow on the scan and put me in for an MRI.

“That’s when then they called me into the GP and told me ‘you have a tumor in your pancreas, it looks like pancreatic cancer, you have three months to live’ and at this time I hadn’t seen any of my family in a while, and they were like ‘You need to go home to your family’.”

She then pursued treatment with “non-toxic” medication in Mexico, that costs upwards of £50,000.

Laura’s friends and family helped her to raise money for the medical bill.

But once she was out there, Laura was told she would need further treatment – ​​at extra cost, and returned to fundraising again.

She is now back in Edinburgh, combining the Mexico treatment with radiotherapy in the Scottish city.

This story originally appeared on The Sun and has been reproduced here with permission.