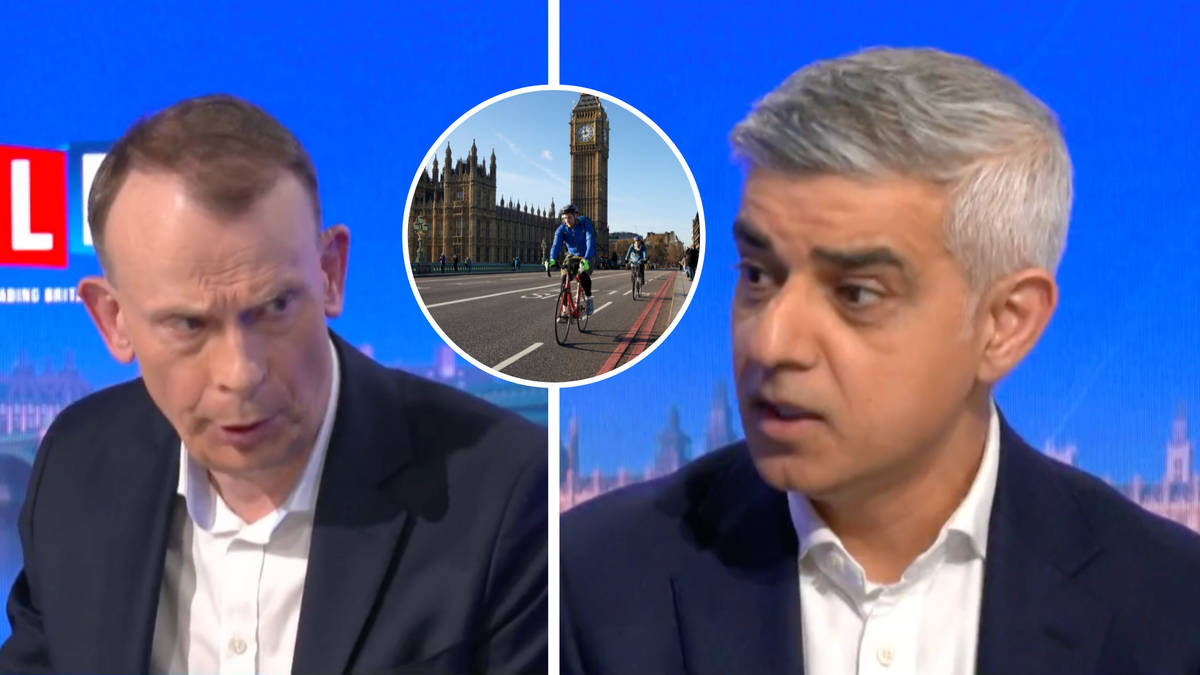 Sadiq Khan has insisted he does “not want London’s roads to be gridlocked” during a heated exchange with Andrew Marr.

The pair clashed on LBC’s Tonight with Andrew Marr over the number of new cycle lanes after Andrew put statistics to the Mayor that showed the average driving speed in London had fallen to just 9mph.

Mr Khan said he wanted to discourage people getting into their cars when they don’t need to, and encourage cycling – but Andrew, who has mobility issues – said: “All very well if you can cycle.”

Watch Tonight with Andrew Marr exclusively on Global Player every Monday to Thursday from 6pm to 7pm.

He added: “If you can’t cycle it’s really hard to get around London.”

Mr Khan insisted he was trying to ‘free up roads’ for people who could not cycle.

You can also listen to the podcast Tonight with Andrew Marr only on Global Player.

“I don’t want London to be gridlocked,” he said.

“What I want London roads to do is be freed up for those who need to be using the roads, those in taxis, those who can’t cycle, plumbers, electricians.

“Because more and more people are driving their cars it means our road are gridlocked.”

Read more: Western leaders have ‘given in too many times’ in Ukraine, says David Davis

Andrew Marr said: “Bit by bit you’re trying to get ordinary car users out of London, and it seems to a lot of people that there is an underlying, secretive plan to get cars out of London.”

Mr Khan denied that, saying it was on his manifesto to be a ‘green mayor’.

“I do want to also encourage those who don’t need to drive to not be drivers, so people like you can be freed up.”