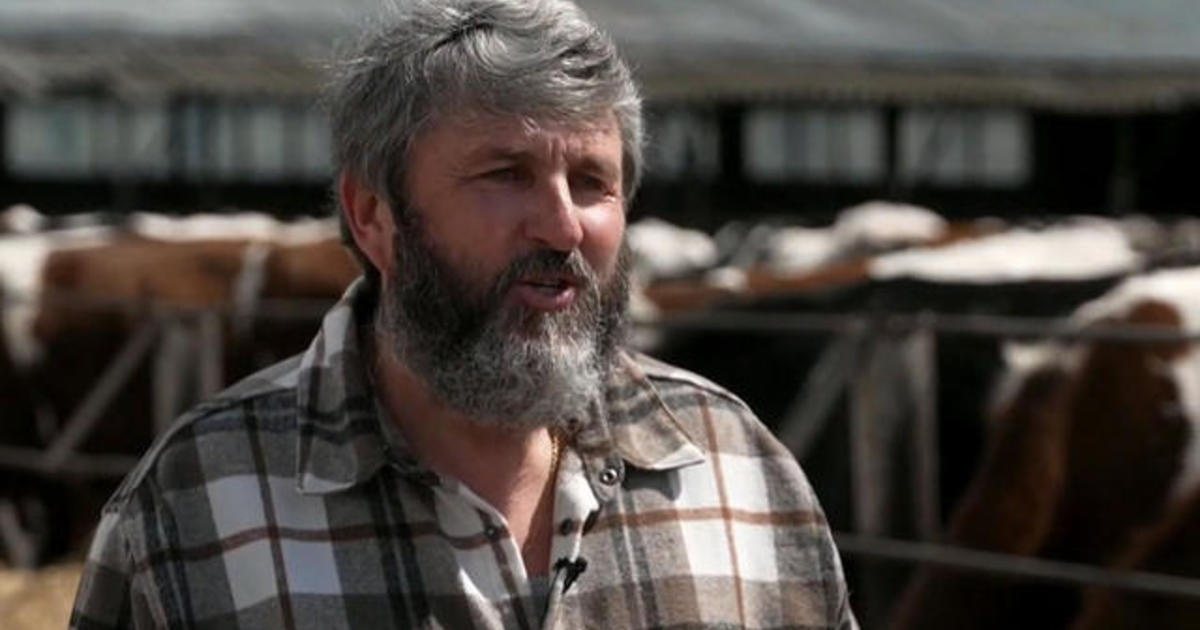 Ukrainian farmers face far more problems than knowing where to send their crops. Wheat fields have become battlefields and many farmers are trading their pitchforks for guns.

“We get out, go through checkpoints, go to work, drink tea and coffee, put on our vests and leave,” one farmer told CBS News.

Russian forces are accused of trucking tons of Ukrainian grain, destroying wheat fields and killing livestock in a bid to damage farms during their invasion.

“Piglets and calves were screaming, they were burned alive,” said farmer Lubov Zlobina.

While Ukrainian farms have never been more vital for Zlobina, continuing to farm is a difficult choice.

“It can mean death for me and for my workers,” he said.

North of kyiv, Andriy Korotkov runs the last working farm within a 30-mile radius. Korotko told CBS News he thinks the Russians are using hunger as a weapon.

“I saw it with my own eyes,” he said. “They bombed our warehouses, and when they leave, they steal everything.”

About 45% of Ukrainians worry about finding enough to eat, according to the World Food Programme.

Korotkov says it’s the same tactic as the infamous 1933 famine, when Stalin starved millions of Ukrainians by cutting off their food.

This time it’s also the food of the world. The war disrupted the production of wheat, oats and cooking oils. Ukraine and Russia produce 25% of the world’s wheat supply, but the Russian invasion has halted much production.

The United Nations estimates that war could increase the number of people facing acute hunger from 47 million to 323 million worldwide.