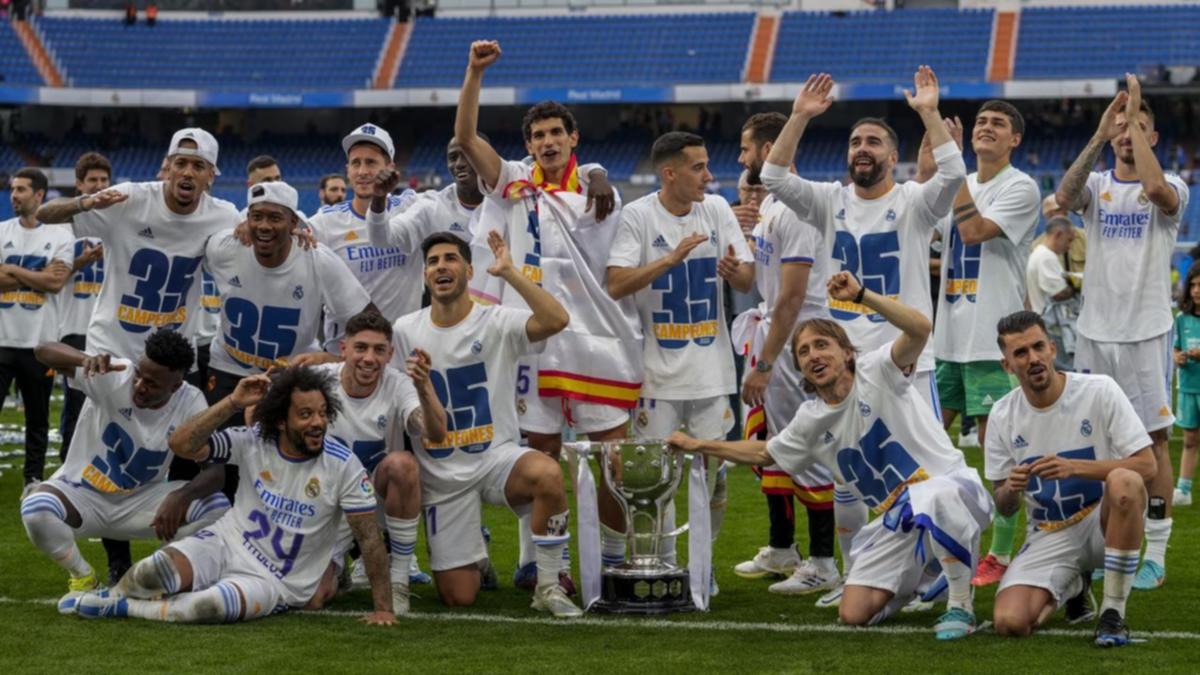 The new Spanish league champions shouldn’t expect preferential treatment from their most hated rivals on Sunday.

Atletico Madrid said it would not provide an honor guard – where a team’s players line up to cheer on their opponents before kick-off – for league champions Real Madrid during the derby at the Wanda Metropolitano stadium.

“We congratulate Real Madrid, their players and their coaching staff because they have done an incredible job,” Atletico coach Diego Simeone said on Saturday.

“I respect Madrid for becoming champions, but we have much more respect for our fans, those who are always with us.”

On Saturday, the Barcelona players gave a guard of honor to the Real Betis squad ahead of their game in Sevilla to congratulate them on their Copa del Rey title.

The guard of honor is not always used in Spanish football. But often the first opponents to face newly crowned champions will pay tribute in this way.

It’s also not a custom in all leagues. Simeone, who is Argentine, and Real Madrid coach Carlo Ancelotti, who is Italian, said it has not been done in their countries.

Ancelotti, still relaxed, tried to play down Atletico’s decision which is sure to rub many Real Madrid fans the wrong way.

“Everyone should do what they think is best and we have to respect that. We have the utmost respect for Atletico, their players and their coach,” Ancelotti said.

“They’re our neighbours, our friends. If they do, fine, and if they don’t, that’s okay too. We’ll respect whatever they choose to do.”

With nothing left to play in the league, Real Madrid are using the game to start their preparations for the Champions League final against Liverpool on May 28.

Atletico, however, still need to finish in the top four to secure a Champions League spot next season.