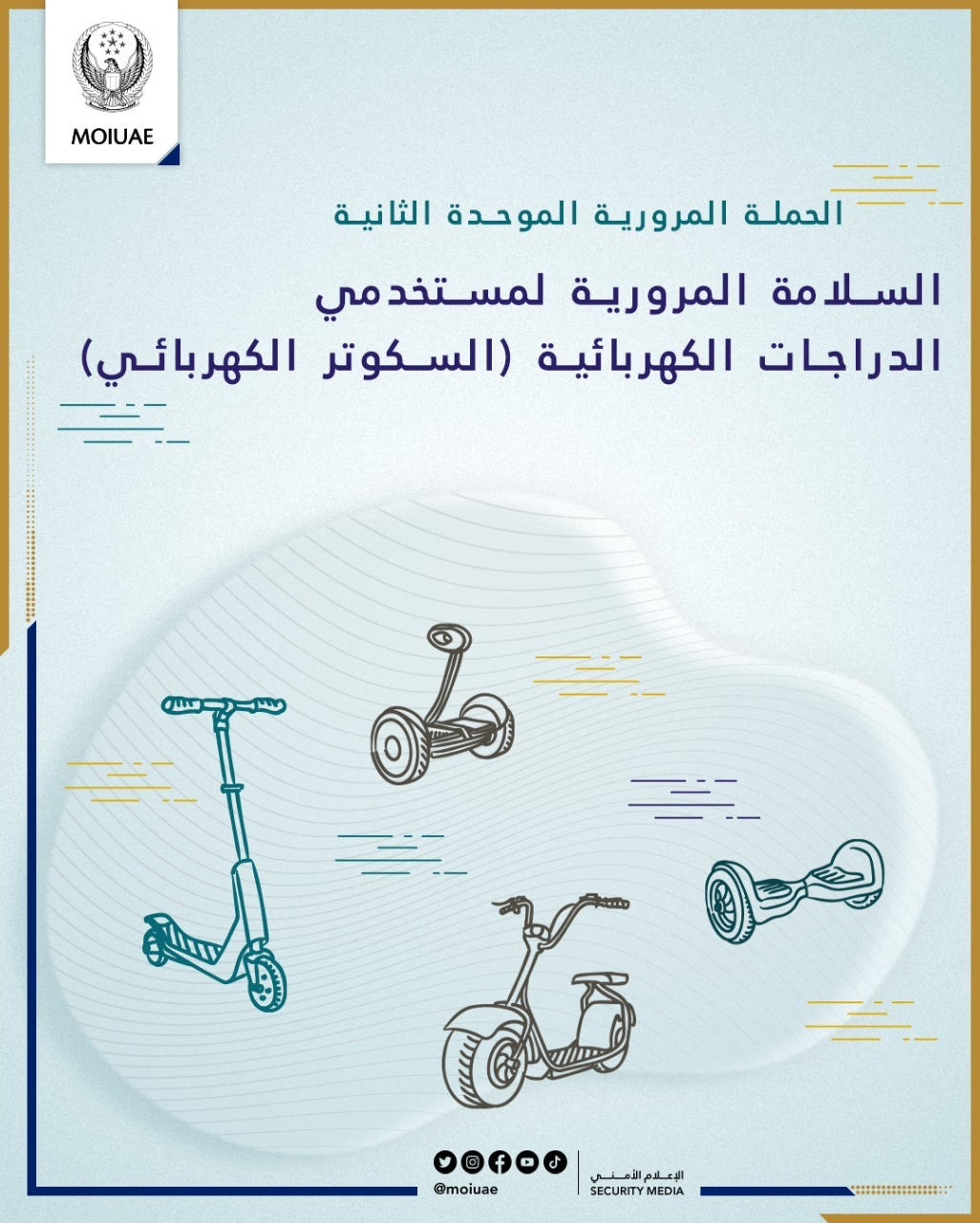 The Ministry of the Interior, represented by the Federal Traffic Council, launched its second unified traffic campaign at the state level under the slogan “Traffic safety for users of electric bicycles and electric scooters”, with the aim of enhancing traffic awareness among this category, by the need to respect and follow the instructions and instructions necessary for road safety in such a way as to ensure the safety and security of its users.
The initiative is part of a series of initiatives and traffic campaigns launched at the beginning of this year 2022, which aims to send awareness messages to users of electric bicycles to ensure their safety on the roads, and encourage them to respect the application of the Highway Code and the Highway Code. to ride such bikes.
The campaign calls for the use of “scooter” electric bicycles in the lanes designated for their practice, with the compulsory wearing of helmets, knee pads and reflective (phosphorescent) clothing, especially when driving at night, and respect safety instructions, prevention requirements and regulations applicable to these vehicles in the country’s emirates.
Adviser to Major General of Engineering Muhammad Saif Al Zaffin, Deputy Commander-in-Chief for Operational Affairs and Chairman of the Federal Traffic Council, said: “In our campaigns, we are keen to raise awareness among all road users, including this category of electric vehicles. bicycle users, and in the interest of their safety and that of people, we are sending out awareness messages through the campaign as well as field work by members of the police patrols to ensure that users of these bikes adhere to traffic regulations and laws and respect the road and its users.