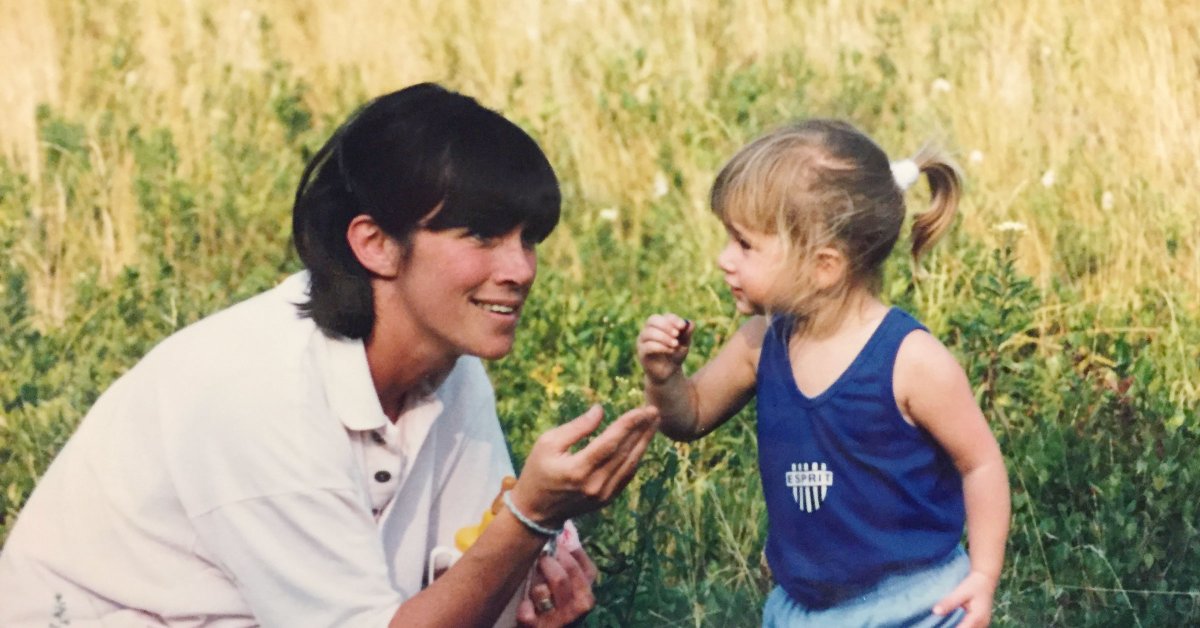 I was binging yet another of Netflix’s mystery dime-a-dozen puzzle box shows recently when I felt a pain in my gut. One character was revealed to be an adult version of a seemingly separate character, seeking arguably unethical revenge for a decades-old transgression. I wanted to call my mother. “Which episode did you understand? ” I would like to ask. And his response would be, most likely, “Within the first five minutes.”

I cannot call my mother because she died 10 years ago on May 2. The last day of his life, the worst day of mine. She was 63 years old. I was 26. She was done with being sick but not living. I was done fearing the worst but I wasn’t ready for it to happen.

She died six weeks – seven episodes – before the murder at the center of The slaughter, a series that my mystery-loving mother had followed obsessively and one of the few that she couldn’t solve on her own. To this day, my father finds the injustice of the timing of the finale unforgivable. The irrational but totally justified bones that bereaved people can pick up.

Read more: The memories that make me live on Mother’s Day

My desire to have even the most mundane conversation about plot twists is heightened this time of year. She left us – no, she was taken, because it is wrong to suggest there was any agency in her leaving – the same week as Mother’s Day. A blessing: two days to remember her, squeezed together on the calendar each year? A curse: a moment of heartache where everyone – or so it seems, but of course it isn’t – is celebrating? A bit of both.

She breathed her last, slow, uneven, on a day I remember as the most magnificent of that season: purple and buttery-yellow crocuses scattering the dew-covered lawn, and lilacs, her favorite, just beginning their brief but glorious annual recital. A day too good for death in all its hideous bodily detail. A blessing? A curse? A bit of both.

This month marks a decade of Mother’s Day without her. The first seven, before I became a mother myself, brought a bitter cocktail of grief and resentment. Instagram was a yearbook of the best (alive) moms of the year, each thumbnail photo was a grain of salt in the wound, though I knew no one meant their odes to their mother’s breasts or their hugs were a personal affront to me. My inbox contained two weeks of reminders to remember Mom this year, encouraging me to spend the money to prove how much I loved her. “Thank you, these slippers will look great on her tombstone!” I wanted to answer. “Do you make these bathrobes in dead size?”

Read more: The pandemic has meant that I am rarely away from my children. Am I even more than a mom?

The last three Mother’s Days have been different. Now, when I see the brands’ calls to remember mom, sometimes I think of myself as the winner before I remember to be outraged on her behalf. Now there are my own daily efforts to recognize – 10,000th microwaved chicken nugget, wiped bottom, moist raspberry beaten through a warm, spongy belly – and they demand some of the real estate once squatted by sadness alone.

But sharing this day with my deceased mother also increases this sadness: because it is only since I became a mother twice that I understand, and more with each passing year, what she gave and gave up for me. She wanted motherhood; it was an essential part of his identity. But that was not all. And now I know how I, her third child, had to demand that she devote even more time and energy to her own self-realization, her career, her hobbies as an artist and craftswoman and puzzle solver, to raise the three humans she and my father gave birth to.

I didn’t know enough to tell him about it then, and I can’t ask him now – how did you manage to keep your cool when I deliberately defied your simple instructions for the eighth times in six minutes? Worse still, I can’t thank her and I know she understands that it’s a gratitude that can only come from being on your feet covered in poop and spit and so far in exasperation and frustration. worry, in the same trenches.

I’ve been consuming a series of time travel stories lately, largely thanks to the serendipity of their close release dates. At Emma Straub’s Tomorrow at this timeEmily St. John Mandel’s sea ​​of ​​tranquility and another Netflix puzzle show, Russian doll, the characters travel through time and change the events of the past, the ripples of which in turn sometimes change the present. What would I do if I could go back there one day? The answer is obvious: I would go back a few years before the second cancer diagnosis and demand that she schedule an elective surgical removal of the organs, no longer essential, in which these insidious cells would soon proliferate like so many assassins. microscopic. For her to be here now, to bake brownies with my kids and her other five grandkids, and let them lick the bowl. Finishing a Sunday crossword and taking a hike in the woods with her dog, seeing how far the internet has come in terms of her love of bargain hunting, writing scathing social media rants against politicians she’s never had the chance to hate, to air-dry on a dock after a summer swim in the lake, then watch the setting sun streak her surface with sherbet orange and pink.

But if for some reason it wasn’t that kind of time travel story but the kind in which the future is immutable, I might go back to a Thursday night circa 2000 instead. she on the couch with a bag of microwave popcorn like the familiar DUN-DUN of Law and order the theme song is playing. I squint between my fingers as a grisly corpse appears on the screen, the first critical clues appearing as my homework waits on my desk to be completed. I would watch the glint in her blue-gray eyes as they lit up, barely looking at the screen of the knitting in her hands, with the knowledge of whodunit. Check my watch: in five minutes.

Write to Eliza Berman at eliza.berman@time.com.