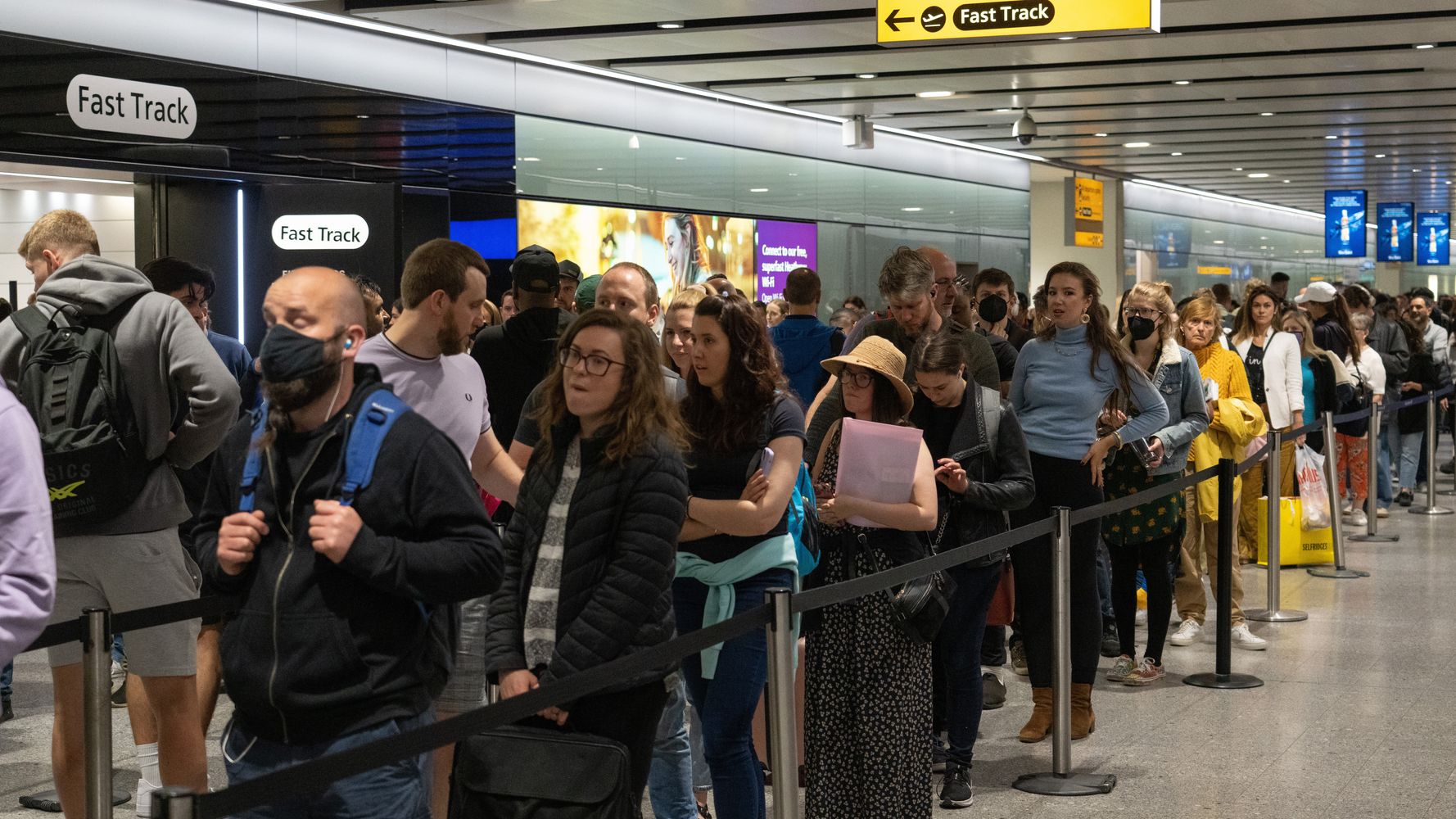 Bills are skyrocketing, the transport network seems to be at a standstill and the NHS is at its wit’s end – it doesn’t seem like the best summer to be in the UK.

Although the country is trying to return to some form of normalcy as Covid worries fade, there is no doubt that UK services are struggling to get back on track.

But how much have the organizations and services we rely on every day changed in recent years? Here’s a look at some numbers.

After a video of patients waiting up to 1 p.m. for treatment went viral last week, it’s pretty clear that A&E services are completely bogged down.

It’s not just the A&E department either. Distressing reports emerged on Thursday detailing how a 94-year-old patient had to wait five hours for an ambulance to arrive after he fell. The accident turned out to be fatal.

It shows that on his last call to 999, Kenneth Shadbolt asked, “Can you please tell them to hurry up, I’ll be dead.”

According to data from the Nuffield Trust, ambulance arrival delays for life-threatening calls (which account for a tenth of most calls) have increased significantly over the past three years.

Ambulance trusts must respond to these types of calls within seven minutes. In March 2019, most achieved this goal, but by March 2022 the response time for this had increased to nine minutes and 35 seconds on average.

The situation worsens considerably for calls that fall into slightly less urgent categories. Calls that previously took 21 minutes on average in 2019 took an hour in March 2022. For rarer (usually non-emergency) situations, people can now wait up to 10 hours to be seen.

The number of patients awaiting hospital treatment has also increased, from 2.3 million in January 2009 to 6.5 million in April 2022.

A staffing crisis at NHS England has contributed to delays caused by the Covid backlog. Many workers have left the profession, some due to burnout due to the pandemic.

According to reports from March 2022, one in 10 nursing positions is currently unfilled as the service needs one more doctor for the 16 it already has.

Vacancies recorded between October and December 2021 also reached a new high since April-June 2019.

Patricia Marquis, director of the Royal College of Nursing for England, called the figures “deeply worrying”.

She told the Guardian: “The fact that nursing vacancies remain stubbornly high, at around 40,000 in the NHS in England, is deeply worrying. With each job that remains vacant, safe patient care becomes even more difficult to maintain.

However, it’s worth pointing out that rail fares were already rising before the first lockdown, with campaigners warning the cost was “exceeding people’s incomes” in January 2020.

Then there are the strikes that will take place next week on June 21, 23 and 25, which is expected to be the biggest strike in 33 years. The Center for Economics and Business Research estimates it will cost the economy at least £91million.

Airports have also been hit by staff shortages in recent months, with delays leading to 3,363 canceled flights in the UK up to March, up 0.9% on flights canceled during the same period in 2019, according to the Civil Aviation Authority.

British Airways alone canceled 8,000 flights between March and October, while EasyJet cut around 40 flights a day for the rest of June, while nearly 200 flights to UK airports were canceled by a range airlines over the bank holiday weekend.

Bosses blamed the Covid pandemic – and the government’s handling of it – for the problems.

Willie Walsh, chief executive of the International Air Transport Association, told the Paris Air Forum: “Boris Johnson, he points to one of the reasons why he should continue to be Prime Minister as being the way in which he handled the pandemic. What a joke. They should have done a lot better.”

While others have blamed Brexit for creating staff shortages, Transport Secretary Grant Shapps has just claimed that airports across Europe are experiencing the same shortages post-pandemic.

The changes to our gas prices come as no surprise. A global problem caused by Russia’s invasion of Ukraine – two countries that provide much of the world’s fossil fuel supply – has been making headlines around the world for months.

Unsurprisingly, our energy bills have also soared to their highest level since the 1950s, according to Sky News analysis, due to a fuel shortage.

Inflation is also at its highest level in 40 years due to the cost of living crisis and interest rates have climbed to 1.25% – the highest levels we have seen since 2009.

On top of that, passport delays and issues with obtaining driver’s licenses have added to the already painful summer unfolding this year.