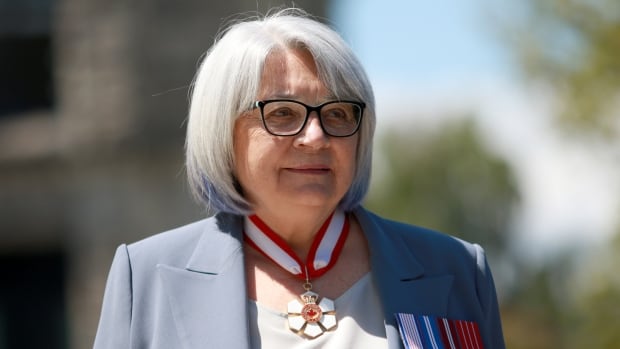 The military says the Office of the Governor General had no role in decisions related to a controversial catering bill for a recent official trip and insists it is taking steps to minimize the cost of in-flight catering services.

In a statement released to the media, the Canadian Armed Forces (CAF) and the Department of National Defense (DND) said the catering tab for Governor General Mary Simon’s trip to the Middle East in March was lower by $12,750 to that originally cited in documents released this week.

The answer to a Conservative MP’s order paper question said more than $93,117 had been spent on in-flight catering on an 8-day working trip that included stopovers in London, the United Arab Emirates, Qatar and Kuwait.

The Army now says that figure was the originally estimated price and the actual tab was $80,367. The military also said the catering bill was for “meals, delivery and management of the flight’s catering” for 29 passengers, plus 17 flight crew and security guards.

“While we strive to minimize meal costs at all times, catering services are only available from certain providers defined by various airports and local authorities, with costs which are set by these providers,” wrote the door. – DND spokesperson, Daniel Le Bouthillier.

CBC News has asked DND and Global Affairs Canada for a breakdown of costs and suppliers, as well as copies of menus. This information has not yet been provided by either department.

Rideau Hall said Wednesday that Simon shares the public’s concerns about the restoration bill and wants more clarity from the departments involved in the decision.

Simon’s office also said the trip to the Middle East was requested by the prime minister to support Canada’s international diplomatic goals.

For security reasons, it is protocol for the Governor General to fly in the Royal Canadian Air Force’s CC-150 Polaris aircraft. The DND/CAF statement indicates that all restoration-related decisions are made in conjunction with Global Affairs Canada’s Office of Protocol.

The military said it can prepare meals in advance for CC-144 Challenger flights taking off from Ottawa using ingredients from local grocery stores, or obtain meals from “local restaurants…by rare occasions”, in order to reduce costs. But it cannot do the same with international flights.

“This is generally a very economical way to provide in-flight meals, but is limited to flights departing from Ottawa,” Le Bouthillier wrote.

The DND/CAF statement also says that when alcoholic beverages are served on government aircraft, the military does not pay for them.

Global Affairs Canada confirms that $114 was spent on alcoholic beverages during flights to and from the Middle East. Nineteen bottles of wine and 15 cans of beer were served on board the military plane, according to an answer to a question on the Order Paper from Tory MP Scot Davidson.

The National Post first reported on the catering bill and the cost of alcohol served.

“I deeply believe in the importance of caution,” Anand said. “I don’t have a comment on this specific issue you raise, but I will say overall I believe in fiscal responsibility.”

In Question Period on Thursday, Tory MP Michael Barrett took aim at the Liberal government over the restoration bill. He pointed to media reports of Canadians unable to afford groceries or air conditioning due to inflation and accused the government of acting with a sense of entitlement.

“What we’re asking of this government is to face reality,” Barrett said. “When are they going to put their rights aside and put Canadians first?”

“In Toronto alone, a family will save $19,790 a year on groceries and gas, Mr. Speaker, and we’re doing that across the country,” he said.

Global Affairs Canada has not yet responded to CBC’s request for comment, which was submitted on Wednesday.