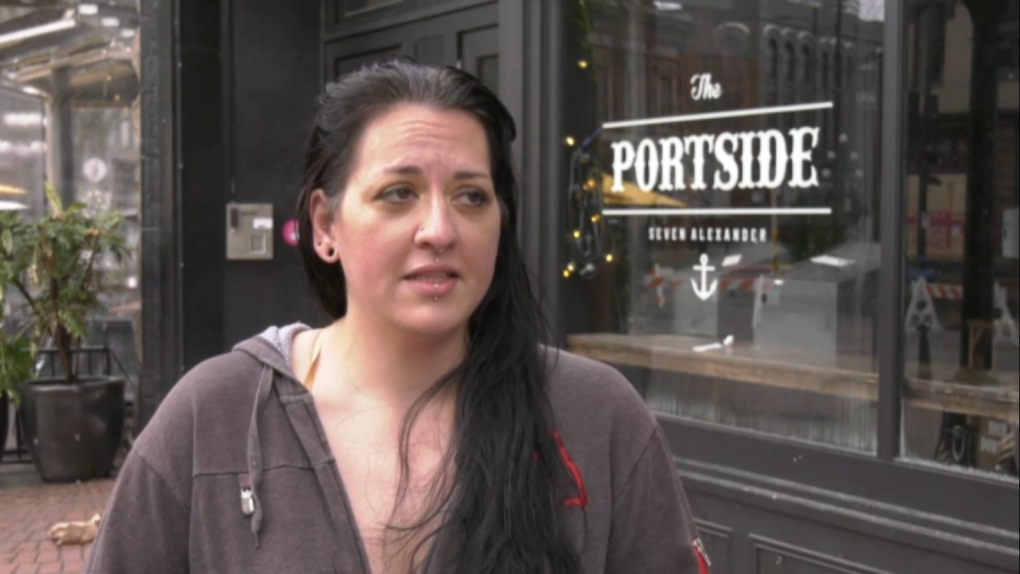 A woman who had a potentially life-threatening medical incident while enjoying a night out in Vancouver’s Gastown neighborhood is trying to track down a pair of quick-thinking strangers who rushed to her aid.

Kassondra Boyes lives with Type-1 diabetes and uses an insulin monitor and pump to ensure her glucose levels are stable.

But Thursday around midnight, while out for karaoke night at Portside Pub, she suddenly felt unwell because her blood sugar was dropping rapidly.

“I pulled glucose tablets out of my purse, which is how you treat a low blood sugar,” Boyes said. “I barely had a chance to start chewing the first one when I passed out at my table.”

When she fell, Boyes hit her head, and she was unconscious for a few minutes.

She came to as staff were clearing the bar to make way for paramedics, and two young women were tending to her.

Boyes said they gave her juice to boost her blood sugar and tried to check for any injuries from her fall.

“They figured out really quickly what was happening and I’m not convinced I’d have been OK if they hadn’t stopped in to help me,” said Boyes.

She is grateful to the two women and the staff at the pub for acting so quickly and decisively.

Boyes went to hospital in an ambulance and, after being monitored for an hour or two, she was released with no serious injuries.

Dr. Tom Elliott, medical director at BC Diabetes, estimates between 0.5 and 1 per cent of Canadians live with Type-1 diabetes and must constantly monitor their glucose in order to avoid serious medical incidents.

“Sugar is the fuel of the brain. So, initially you notice nothing, and then you get subtle changes and people would think you’re just drunk, and the changes become more profound,” Elliott said, adding that if not treated in time, the symptoms can lead to a coma or even death.

Boyes believes the two women saved her life and she wishes she could thank them in person.