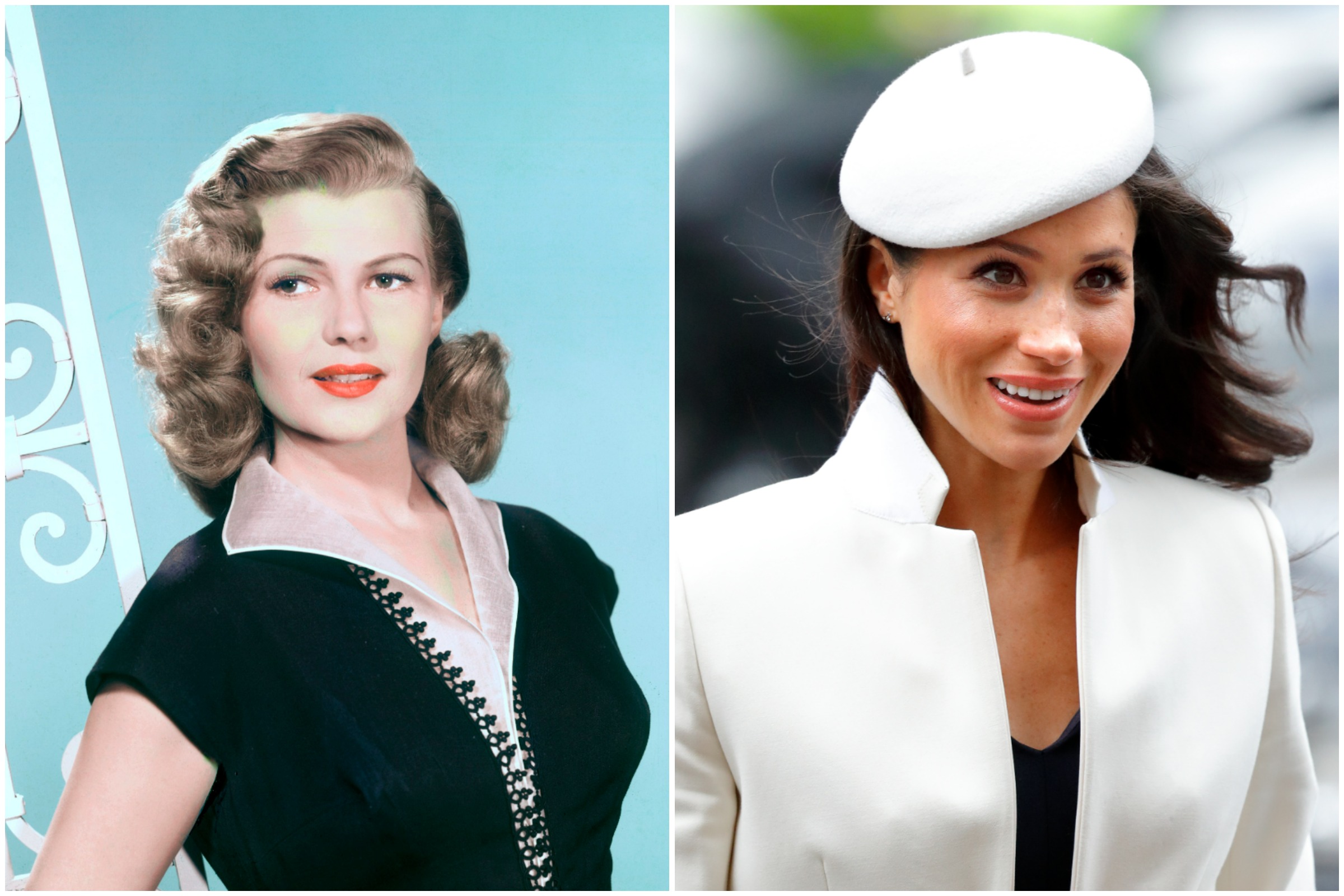 For nearly 100 years American women have joined some of the world’s oldest royal families, taking their place among the most influential figures of the age. From Hollywood to Baltimore, princes across the globe have found their brides in the United States. But who are the women who exchanged their home for a throne?

Known most famously as the red-headed silver screen siren, Rita Hayworth married Prince Aly Khan, a son of His Highness Aga Khan III. The couple met in 1948 and married in Cannes the following year. Hayworth left her career as an actress and traveled with her husband around Europe, living between the south of France, London and Switzerland. The couple had one child, a daughter Yasmin, before the marriage ultimately ended in divorce in 1953.

Grace Kelly is perhaps the most famous American-born princess, marrying Prince Rainier III of Monaco in 1956. The whirlwind romance took place after Grace visited the Cannes film festival and was invited to take photographs in the riviera town of Monte Carlo. After an exchange of letters with the prince, Grace became engaged and upon her marriage became the most senior lady in the royal house of Grimaldi. Princess Grace would dedicate the next decades of her life to her family––she and Rainier had three children––and the welfare and promotion of the people of Monaco. In 1982, Grace died in a tragic car accident while driving her daughter Stephanie back to Monaco from her weekend home in the hills bordering France, she was 52.

Lee Radziwill, born Bouvier, is perhaps best known for being the glamorous sister of Jackie Kennedy. Throughout her sister’s years as first lady, Lee accompanied Jackie as an unofficial lady-in-waiting and was at her side following the assassination of President John F. Kennedy in 1963. Lee’s own story is practically as eventful as Jackie’s. In 1959, she married Prince Stanisław Albrecht Radziwiłł, a prince whose family came from Poland. While living in London, Lee developed a flair for interior design and made it her career later in life. Though the marriage produced two children and an undisputed mutual affection between the couple, they divorced in 1974. Lee went on to be a successful interior designer as well as have a career in fashion journalism and acting.

Kendra Spears was an American fashion model who enjoyed a successful runway and campaign career towards the end of the 2000s. Following her signing with the Ford Model Agency in New York, Spears modeled in fashion shows during the New York, London, Milan and Paris fashion weeks before meeting Prince Rahim Aga Khan in 2012. The prince is a grandson of Prince Aly Khan, the former husband of Hollywood actress Rita Hayworth. Upon her marriage in 2013, Kendra assumed the name and title Princess Salwa Aga Khan. The couple live in homes across Europe and have two children, Prince Irfan and Prince Sinan.

Kelly Rondestvedt was born in Florida in 1975 and went on to become a successful investment banker with Morgan Stanley. In 2007 she met Hubertus, hereditary prince of Saxe-Coburg and Gotha while he was living in New York. The pair began a relationship shortly after and in 2009 were married in a ceremony at the St. Moritz Church in Coburg, part of modern day Bavaria. As a prince of Saxe-Coburg, Prince Hubertus is related to most of the royal families of Europe. Queen Victoria’s mother was at Saxe-Coburg. As such, Kelly and Hubertus’ wedding was a major royal event with the king and queen of Sweden attending alongside 400 invited guests. Princess Kelly and Hubertus have three children and are based in Europe.

Meghan Markle took the world by storm after marrying the son of Britain’s Princess Diana and Prince Charles in May 2018. Born in California, Meghan became an actress and advocate for gender equality and women’s rights before becoming a princess. After a fairytale wedding at Windsor Castle in the presence of Queen Elizabeth II, Meghan began a long and, at times, difficult process of forging a modern royal role for herself. After a painful period of familial and social unease, Meghan and Harry decided to leave Britain and set up home in California. The couple have been vocal advocates for racial equality in the period following their exit from full-time working members of the royal family, participating in a 2021 interview with Oprah Winfrey telling their side of the story. Meghan and Harry have two children, Archie Harrison and Lilibet Diana.