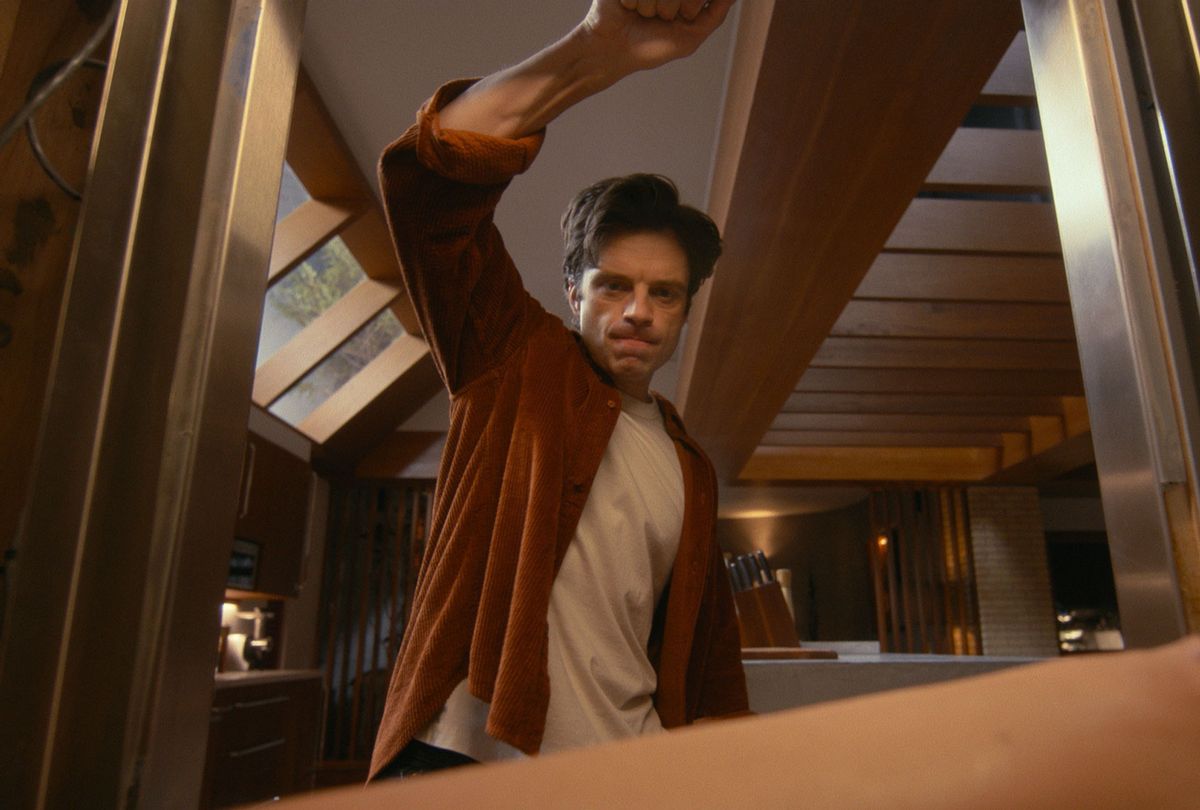 As of roughly two weeks ago, I could have stated with some authority, as a life-long horror movie fan, that I’d seen just about every possible way a woman could be sliced ​​and diced. But then Hulu’s buzzy new body-horror film “Fresh” added to my, well, plate by introducing something even I had never seen before.

Written by Lauryn Kahn and directed by Mimi Cave, the movie’s Sundance Film Festival premiere caused a stir, and for good reason. In the film, Noa (Daisy Edgar-Jones of “Normal People”) is an unlucky-in-love lady who, after a series of dating app catastrophes, meets the grinning, cotton candy grape-sharing Steve (Marvel Universe staple Sebastian Stan ) in a grocery store and goes forth to literally risk her ass for love.

A handsome, smiling man offering fruit to a stranger is a horror movie set-up to (push play on scary soundtrack) eventually reveal his mask of normalcy and charm hides a goopy center of evil misdeeds and ill-intentions. At first sight, viewers already presume Steve’s up to no good. His meet-cute with Noa in the produce aisle can only foreshadow imminent danger for this poor woman who, God bless her, just wants to get laid. But just a few scenes later, when we see Steve thoughtfully and — dare we say — tenderly slice off Noa’s butt cheeks with the intent to sell them through a gourmet delivery service marketed to a select clientele of rich pervs, now THAT’S fresh.

RELATED: Sebastian Stan on the twisted psyche of his “Fresh” role: “What he is seeking is a willing partner”

As someone who grew up in the “you’re on your own” ’80s and ’90s, many of my root memories formed from watching a variety of gruesome movies while my mom was otherwise occupied with chain-smoking and organizing the diet Pepsi cans in the refrigerator. I could, based on all I’ve seen, easily run down 50 ways to kill a bitch. And yet “Fresh” has now upped that tally to 51.

I was the sort of child who was more afraid of being made to interact with other children at a playground than I was of watching horror movies, and there were certainly some knee-crackers readily available for me to watch on TV, which was never not on in my home, or via a quick trip to the local Blockbuster (RIP). Horror movies that were popular around this time – classics like “Friday the 13th,” “Texas Chainsaw Massacre,” “Nightmare on Elm Street,” and the first few films of the “Scream” franchise, the crown jewel of the late ’90s horror resurgence — were about women having sex in the woods (and then being killed); blonde, big-boobed women running and crying in slow motion (and then being killed); and babysitters (who were either about to kill, or be killed themselves). Sure, there were the rare selections of horror films throughout the years where the tables were turned and women were the apex predators—”Carrie,” “Misery,” “Hard Candy” and “Jennifer’s Body” pop to mind. But for the most part, the horror industry feeds the beast: male audiences thirsty for yet another story centering a woman, or many women, on the slab.

Want a daily wrap-up of all the news and commentary Salon has to offer? Subscribe to our morning newsletter, Crash Course.

When I first heard the premise for “Fresh” I threw it on top of the stack of horror movies putting women through hell. But after watching and utterly enjoying it, I see the new ground it’s breaking. Yes, “Fresh” is another movie about an accessible handsome man entrapping, torturing and killing stunning women. But at least this one ends with the bad guy getting his penis bitten off. And hey, there’s also a great soundtrack!

RELATED: Chicken wings with a side of human flesh: A look at the meaty food cravings on “Yellowjackets”

After my second watch of “Fresh,” I began to tie together a running gag in the way of foreshadowing that begins from the very first scene. When we’re first introduced to Noa, one of the first things we’re shown of her is her teeth, as she checks them in a mirror before a terrible first date with scarf guy (we all know a “scarf guy”) who not only makes her pay for her meal AND steals her leftovers, he ends the night by calling her a bitch. Nice. From there we’re shown quick scenes of her snacking while scrolling dating apps, getting burritos with her best friend, Mollie (Jonica T. Gibbs), and digging through her fridge at home for something to satiate her hunger. Themes of hunger, eating, feeding and wanting to be fed are threaded throughout the film. When we follow Noa to the grocery store on her hunt to quell her craving, we meet Steve, the man with an appetite all his own. They’re both hungry, but in drastically different ways.

When Steve, a plastic surgeon, traps Noa in his sexy-butcher bachelor pad, he breaks the news that he intends to sell his meat in a casual manner. It is interesting to note that he chooses the word “meat” and not “flesh.” Steve’s cannibalism — unlike most of the ways we’ve seen it portrayed in horror movies — is all about “surrender” and “love.” At least that’s the spiel he feeds Noa. But really it’s about control, consumption, ownership. After Steve carves off Noa’s butt, he tells her to “be good,” “give me a smile” and “lighten up” — little misogynistic barbs that any woman who’s ever worked an office — or basically interacted with men at all — has surely experienced.

RELATED: The war on Halloween: Why the right’s moral panic over ’80s horror movies still matter

Steve’s wife Ann (Charlotte Le Bon) learned to get what she needed from Steve (nice house, two sons, endless plastic surgery) by giving in, giving him the smiles he wants and apparently giving him his first taste of “meat” by letting him cut off his leg and replace it with a prosthetic. Similarly, Noa gets her freedom back — with help from Mollie and her meat dungeon-mate Penny (Andrea Bang) — by putting on a pretty pink dress and lipstick and laughing at Steve’s dumb jokes until he drops his guard enough for her to kill the crap out of him. Which she eventually does after a Michael Myers-level number of attempts.

“Fresh” packs a one-two punch unlike any other movie of its genre that I’ve seen. Not only does it offer up a take on the cannibalism trope that is modern, refreshingly shocking and even funny at times, but Cave pulls off the trick of letting male viewers believe this movie is made for them while winning to her female audience off to the side. No one knows what truly terrifies a woman better than another woman, and Kahn and Cave clearly understand that nothing scares a woman more than being habitually underestimated. Noa gets her bloody revenge in the end, and I walked away with a smart new favorite film that refuses to treat women as slabs of meat, showing instead how strong we can be even when parts of us are being chipped away.

More stories about women in horror: