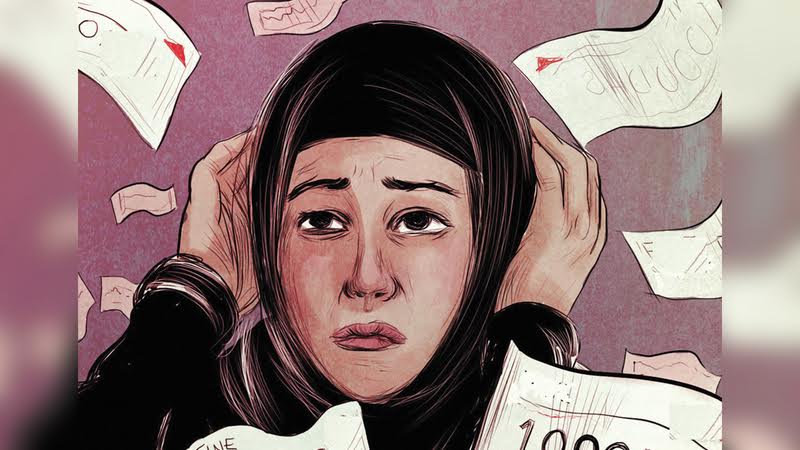 3 defendants managed to seize 330,000 dirhams from a woman, using fraudulent methods, because they deceived her about their ability to invest her money and make a large profit margin, which prompted her to hand over to them the amount, while the Al Ain court of first instance forced them to return the sum and pay him 10,000 dirhams in compensation for damages. Literature and material affected.

In detail, a woman filed a lawsuit in which she demanded that 3 defendants be obliged, jointly and severally, to pay her an amount of 330 thousand 168 dirhams and compensation in the amount of 100,000 dirhams, material repair and morality for the damages she suffered as a result of the defendants’ act and crime, together with fees and expenses and in exchange for attorney’s fees, noting that the defendants appropriated the amount claimed and were convicted under a criminal judgment.
During the review of the case, the plaintiff presented himself and the defendants were prepared by video communication by the penitentiary and correctional establishments, and they all denied having received any sums of money from the plaintiff, while that the court ruled, and before deciding the case, that the plaintiff took the completed oath, so I swore to her in the form of “I swear by Almighty God that I am in the custody of the defendants. ” The amount and capacity of 330 thousand and 168 dirhams, which is the amount seized by the defendants and that their debts are still occupied by me with this amount, and God is witness to what I say.

For its part, the court clarified in the substance of its judgment that it appears from the case file that the defendants were sentenced to criminal proceedings for having seized the sum of money held by the victim (the plaintiff), using fraudulently means that ‘they were going to invest the amount, which led to tricking her and making her surrender. And this judgment became final, the matter with which this judgment acquired the power of res judicata, and he made a necessary chapter in the occurrence of the error and attributing it to the author, noting that it has completed the proof by the conclusive oath, and that the plaintiff has taken her oath, then the judiciary must compel the defendants to execute it jointly. Among them, the amount claimed.
As for compensation in the amount of 100,000 dirhams, the court indicated that it is decided, according to the law on civil transactions, that any damage caused to others obliges the author, even if he is not not distinguished, to guarantee the damage, and the defendants the error was consistent and the damage caused the plaintiff to feel psychological pain inflicted by her and deprived her of benefit With her money, and that there is a causal link between the error and the damage, the defendants are legally obliged to compensate him for this damage, and the court estimates the compensation due to him at the sum of 10 thousand dirhams, and the court has decided to oblige the defendants jointly and severally between them to pay the plaintiff a sum of 340 thousand 168 dirhams according to the motives and costs and the amount of three hundred dirhams for legal fees.