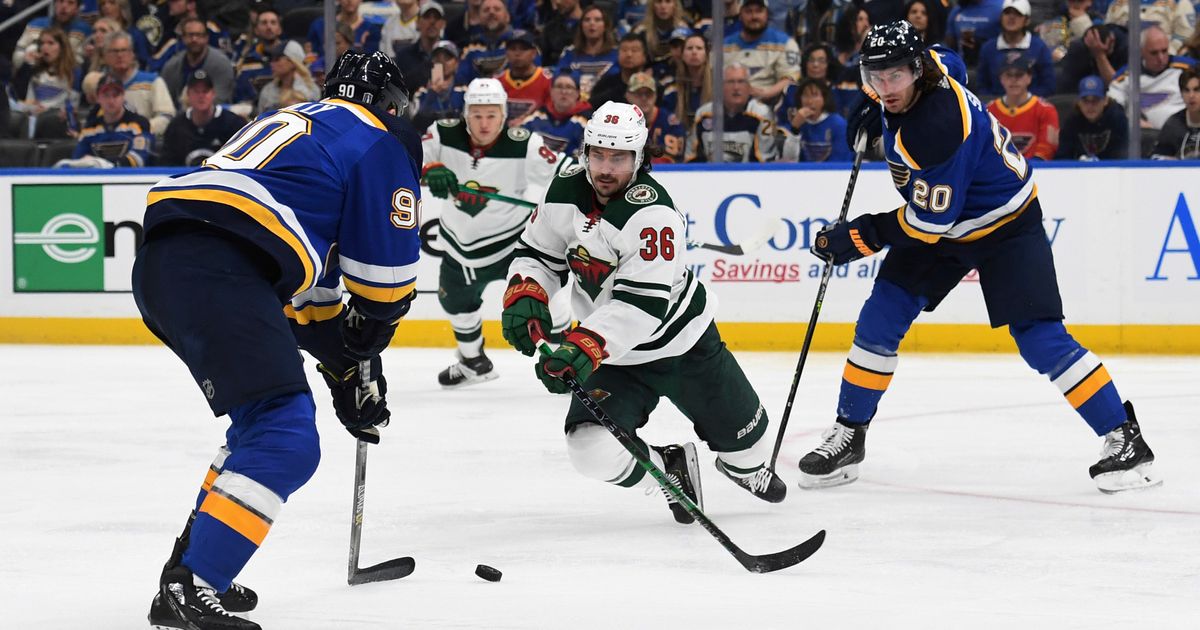 ST. LOUIS (AP) — Kirill Kaprizov had a goal and an assist, Marc-André Fleury stopped 29 shots and the Minnesota Wild beat the St. Louis Blues 5-1 on Friday night to take a 2-1 lead in a of their Western Conference playoffs.

Joel Erickson Ek had a goal and an assist, and Jordan Greenway, Mats Zuccarello and Jonas Brodin also scored as the Wild improved to 8-8 all-time in Game 3.

Ryan O’Reilly scored a power play goal and Ville Husso made 28 saves for the Blues.

St. Louis lost Torey Krug to a lower-body injury early in the first period. Krug is the third Blues defenseman to be injured in the series.

Game 4 of the best-of-seven series takes place Sunday afternoon in St. Louis before returning to St. Paul, Minnesota, for Game 5.

The Wild were quick to calm the crowd by taking advantage of the Blues’ aggressiveness for the first two goals.

St. Louis defenseman Colton Parayko was caught playing in the offensive zone, creating a 2-on-1 break, which resulted in Greenway’s goal at 39 seconds.

Less than two minutes later, Ryan Hartman launched Kaprizov on a breakaway. Husso made the initial save, directing the rebound to the corner, but Kaprizov took the rebound from Husso’s skate behind the net to give the Wild a 2-0 lead.

Zucarello’s 16th goal in the playoffs gave the Wild a 3-0 lead in the second period and Erickson Ek scored his third goal of the series 22 seconds into the third period. Marcus Foligno collected his second assist of the match on the count of Erickson Ek.

The Blues gathered momentum after O’Reilly’s goal at 2:17 of the third, but Fleury made several tough saves to prevent the rally from gaining more traction.

Brodin’s goal with 7:29 left prompted a sizable portion of the sold-out crowd to head for the exits.

Blues D Nick Leddy and D Robert Bortuzzo and were both scratched after suffering upper body injuries in Game 1 and Game 2, respectively. On Thursday, the Blues recalled defenseman Steven Santini from Springfield, the team’s AHL affiliate. Santini was eliminated after Marco Scandella, who had missed the last three games with a lower-body injury, was given the go-ahead to play.