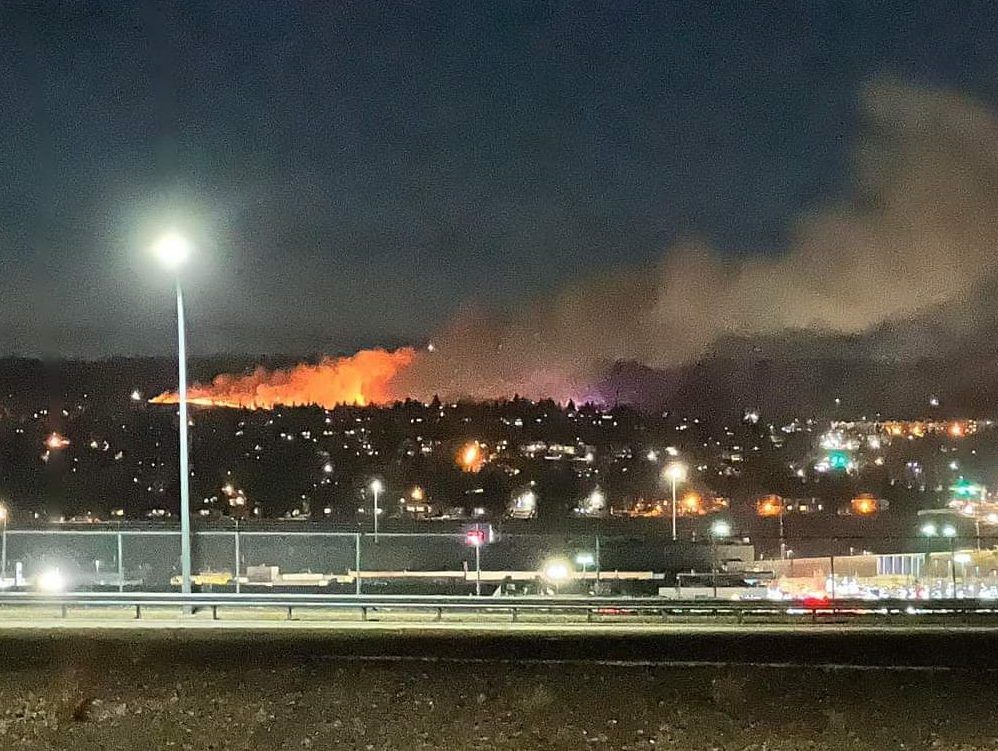 Dry and windy conditions on Saturday helped spread a grass fire at Nose Hill Park near 14th Avenue NW around 6:30 pm in Calgary.

Fire crews are responding to the scene and expect to have the fire under control within the next 20 minutes, according to a spokesperson with the Calgary Fire Department.

Seventeen firefighters and seven fire trucks responded to the fire, which is expected to have spread across two hectares of land. Flames and plumes of smoke can be seen from the Calgary airport.

Calgary Police Service (CPS) has shut down traffic in both directions on 14th Avenue NW south of 64 Avenue NW as crews bring the fire under control.